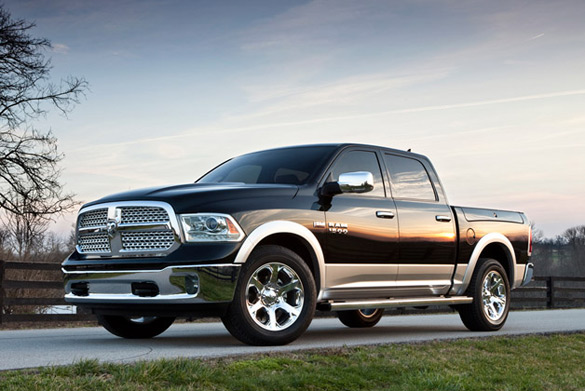 Taking home the 3rd win for the Chrysler Group, the Ran 1500 pick-up takes home the 2013 North American Truck/Utility of the Year award.

The domestic automakers field is surely exciting this year and to reiterate that excitement and pride put into the design and engineering of new American vehicles, the North American Car of the Year and North American Truck/Utility of the Year awards both go to vehicles belonging to the Big 3. Last year for 2012, neither of the winners were domestic where the Hyundai Elantra and Land Rover Range Rover Evoque took the win. 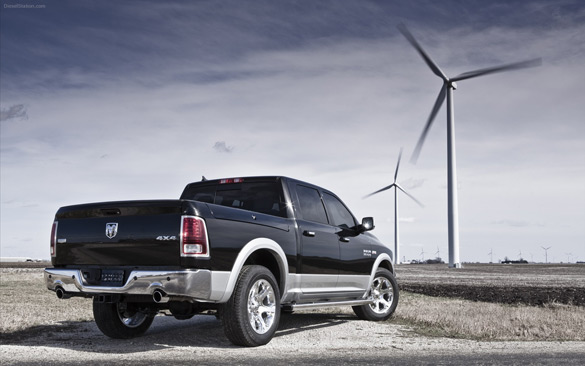 The winners were revealed Monday morning at a news conference at the North American International Auto Show.

The winners were chosen by a jury of 49 automotive journalists from the United States and Canada.

The awards – now in their 20th year – are unique in the United States because instead of being given by a single media outlet they are awarded by a group of automotive journalists from the United States and Canada who represent magazines, television, radio, newspapers and web sites.

The awards are designed to recognize the most outstanding new vehicles of the year. These vehicles are benchmarks in their segments based on factors including innovation, comfort, design, safety, handling, driver satisfaction and value for the dollar.

It was the first win for Cadillac ATS and the fifth car win for General Motors. The Cadillac CTS was a finalist in 2008.

To be eligible a vehicle must be all new or substantially changed. The jurors considered dozens of new vehicles before sending their ballots to Michelle Collins, a partner at Deloitte & Touche early in December.

On December 12th the three car and truck finalists were announced. But only Ms. Collins knew the winners until she handed over envelopes today to Michelle Krebs, a juror and
Editor-at-Large for Edmunds.com.

The awards were inspired by the “Car of the Year” in Europe.

They are administered by an organizing committee and are funded with dues paid by the jurors. There are no paid positions. Automakers do not pay to have their vehicles considered or to use the awards in ads.

The “2012 North American Car of the Year” was the Hyundai Elantra.

MORE INFORMATION: More information on the awards — including names of the jurors, previous finalists and winners — is available at: www.northamericancaroftheyear.org.