Toyota’s Furia Concept Hints At The Next Corolla 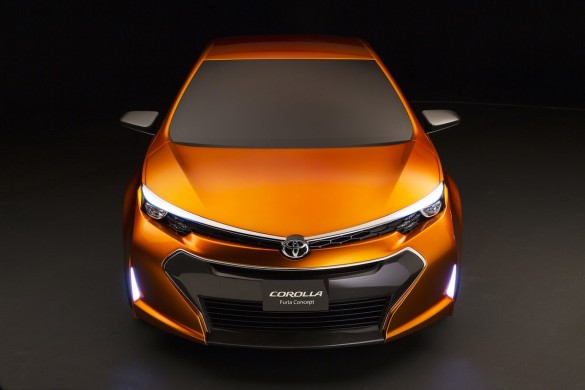 The Toyota Corolla doesn’t offer much of interest to driving enthusiasts, but there’s no denying the fact that Toyota sells them by the boatload. Why it’s still among the best selling cars in the United States is something of a mystery, since there are plenty of compact cars on the market today that offer up better fuel economy, more style and more amenities for the same kind of money. If you need further proof, consider this: the current Toyota Corolla comes with the buyers choice of a five-speed manual or a four-speed automatic. When was the last time that a four-speed automatic (or a 5MT) was considered “class-leading?”

A new Corolla is in the works, and the Furia Concept, shown at this week’s Detroit Auto Show, gives us an idea of what the new car’s styling will look like. Calling the theme “Iconic Dynamism,” the Furia uses its “athletic stance” to lure in a new generation of youthful buyer. Maybe it’s just us, but we see quite a bit of the current Honda Civic in the car’s design, too.

Since the Furia is a concept, some of its design is a bit exaggerated. We seriously doubt that scowling front fascia will see production, and no entry-level economy car is going to ride on 19-inch alloy wheels. It’s not likely the LED headlights will see production, and the Furia’s carbon fiber trim will likely be an optional upgrade (if it’s offered on the Corolla at all). 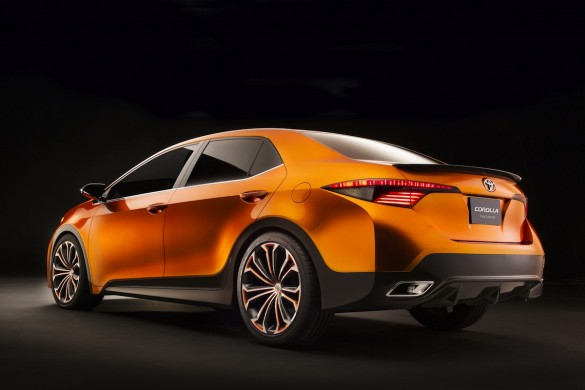 Exactly how much of the Furia will be present in the new Corolla remains to be seen. The Ford Evos did a pretty good job of interpreting the current Ford Fusion, so maybe the Furia is closer to the actual next-generation Corolla than most concept cars. If that’s the case, Toyota is walking a fine line: while plenty of Corolla shoppers are first-time car buyers, the current model attracts a surprising number of older buyers, looking for a reliable and economical second car. Push the styling envelope too far, and you risk sending these buyers into the arms of other brands.