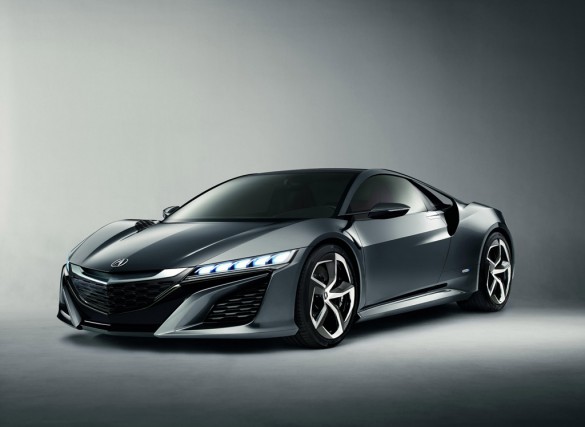 The Acura NSX Concept is undoubtedly a highly anticipated vehicle to inject a bit of true sports and exotic aptitude into the Acura and Honda brand. Being that the Acura NSX is still years off until it drops at your local dealership, engineers and designers have plenty of time make improvements to it. With that said, Acura brings the latest iteration of the NSX Concept to the North American International Auto Show in Detroit today. 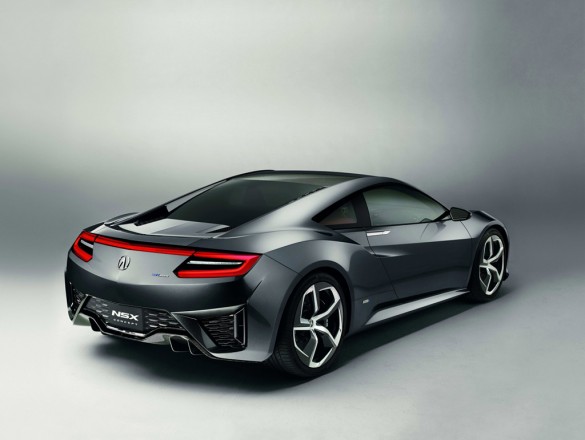 What we get to see for the first time in the Acura NSX Concept is an interior. Aside from the surprising interior, a few minor changes have been made including the wheels selection. The Acura NSX Concept still carries its sexy looks and only adds to our eager anticipation. I am not sure if we can all wait two or so more years before this baby is officially released. 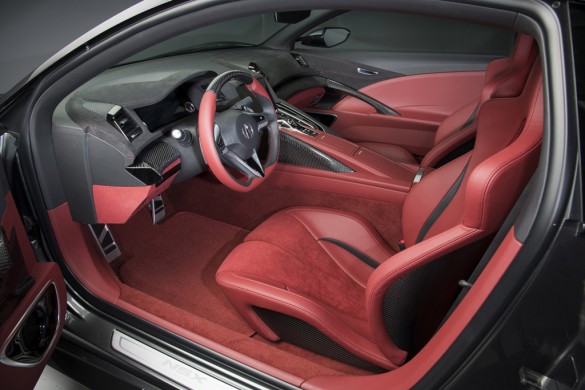 Hit up the updated press release and video from Acura on their latest NSX ‘Hybrid’ Concept and be sure to view the new interior shots.

“This further evolution of the Acura NSX Concept design is remarkably true to the original concept styling,” said Mike Accavitti, vice president of national marketing operations. “We’re making great progress in delivering on the expectations we created a year ago, with advanced technology that will bring new levels of performance and a unique, dynamic experience to the exotic sports car market.”

The new Acura NSX Concept is based on the expected underpinnings of the vehicle Acura will bring to market. Still, the new NSX Concept maintains its low and wide stance with the dynamic and alluring proportions that debuted in the original NSX Concept at the 2012 North American International Auto Show — highlighted by clean, modern and simple surfacing, and edgy details that communicate supercar attitude and a high-tech feel.

The new NSX Concept also features a first-ever look at one potential direction for the next-generation Acura NSX interior design. The design concept is founded on a “Human Support Cockpit” theme, a strong expression of Acura’s product direction focused on “the synergy between man and machine.” The interior package boasts outstanding visibility, an exotic driving position, and an intuitive “Simple Sports Interface” that minimizes interior clutter, allowing the driver to focus on the driving experience.

“Consistent with the spirit of the original NSX, our intention is to support the psychological and emotional aspects of driving a super car at the limit, because we are insistent about delivering on the synergy between man and machine,” said Jon Ikeda, chief designer, Acura Design Studio. “Importantly, this will be true of all Acura vehicles moving forward.”

With the aim of delivering a new sports car experience that combines next-generation supercar dynamic capabilities with advanced environmental performance, Acura announced a year ago that the Acura NSX will be powered by a mid-mounted, direct-injected V-6 engine mated to Acura’s Sport Hybrid SH-AWD® (Super Handling All-Wheel Drive) system.

Acura Sport Hybrid SH-AWD is an all-new, three-motor high-performance hybrid system that combines torque vectoring all-wheel drive with advanced hybrid efficiency through the use of three electric motors – one motor integrated with the V-6 engine and two motors driving the front wheels – along with an all-new dual-clutch transmission (DCT). The system enables instant delivery of negative or positive torque to the front wheels during cornering to achieve a new level of driving performance unparalleled by current AWD systems.

As previously announced, the new NSX is being developed by a global R&D team led by designers and engineers at Honda R&D Americas, Inc. located in Los Angeles, California, and Raymond, Ohio. The new NSX will also be manufactured at a new production facility in central Ohio.