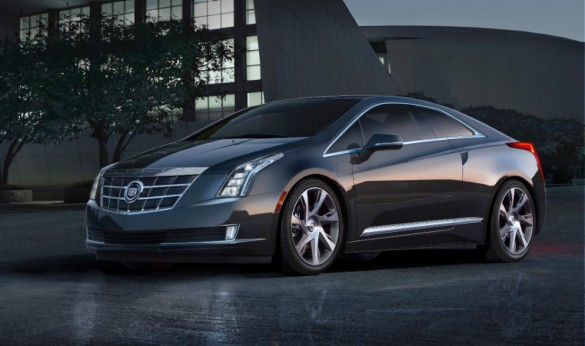 Branching off of the Chevy Volt’s foundation, GM has injected sport and luxury into their new Cadillac ELR extended range electric vehicle. The new ELR, officially revealed earlier this week in Detroit at the North American International Auto Show Electrifies onlookers with something that really sets the Cadillac brand apart from everyone else. Below is a rundown video of Bob Ferguson, Alan Taylor and Brandy Schaffels all explaining different highlighted aspects of the all-new Cadillac ELR.

Using only the energy stored in the battery, the ELR will deliver a GM-estimated range of about 35 miles of pure electric driving, depending on terrain, driving techniques and temperature. This means most daily commutes will require zero gasoline with zero emissions.

Charging the ELR’s battery can be done with a 120V electrical outlet or a dedicated 240V charging station. Once the vehicle is plugged in, owners can schedule either immediate or delayed charges, even coordinating charging according to departure time or when electricity rates are lower.

Because the ELR operates so quietly in all-electric mode, a driver-activated feature sounds a noise to alert pedestrians, particularly those with visual impairments, in an intersection. The alert was developed in conjunction with the American Federation of the Blind.

The Cadillac ELR has an aggressive, forward-leaning profile that introduces a new design evolution that will be carried over into future Cadillacs. ELR production begins in the United States in late 2013 with sales starting in early 2014 in North America and expanding to global markets including China and Europe.

Cadillac has been a leading luxury auto brand since 1902. In recent years, Cadillac has engineered a historic renaissance led by artful engineering and advanced technology.