Even Supermodels Aren’t Hip Enough For The Mercedes CLA: Video 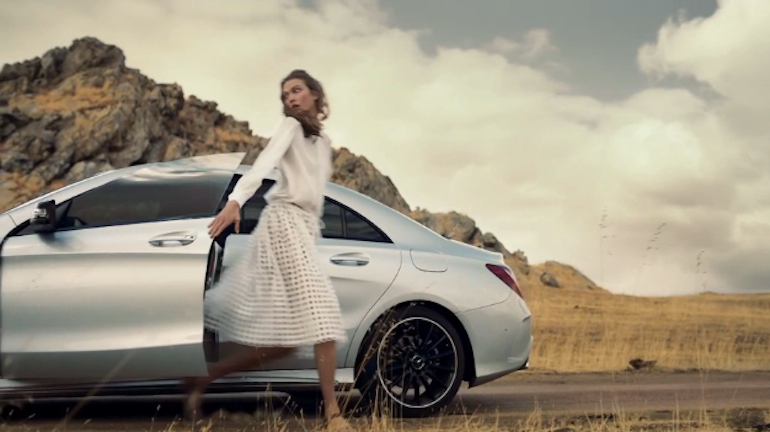 One of the cars debuted at this week’s Detroit Auto Show was the 2014 Mercedes-Benz CLA, and to say that the German automaker has a lot riding on its success is a gross understatement. It’s the first Mercedes-Benz in a long time targeted specifically to younger, status-conscious buyers, and Mercedes desperately needs it to ramp up sales. The CLA was designed with Millennials in mind, and only the hippest of that generation need apply. Making it exclusive, you see, increases its appeal.

While few of us would kick supermodel Karlie Koss out of our cars, the Mercedes CLA sees things a bit differently. It’s the jealous type, apparently, and it doesn’t like sharing the spotlight with anything else, especially a snorting, slobbering white horse. It’s almost as if the CLA is saying, “you’re not even touching my steering wheel with those germ-infested hands now.”

What ensues is best described as “pathetic,” unless you’re the sort who loves to see supermodels running after a lost love. If a car ever took off on us like that, we’d wish it all the best, and there’s no way in hell we’d get back in the cabin. In fact, that’s why we don’t ride horses: transportation with a brain and its own free will scares us.

Mind of Its Own on Nowness.com.