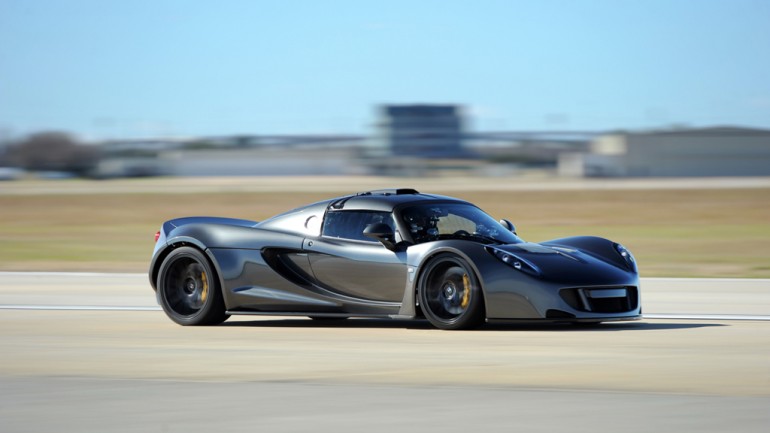 Even if there was some doubt to the Hennessey Venom GT reaching an astonishing 200+ MPH run capturing a world speed record, there is now an exclusive video (below) of the vehicle hitting 186 mph (300 km/h) in just 13.63 seconds – beating out the Koenigsegg Agera R’s 14.53 second world record. 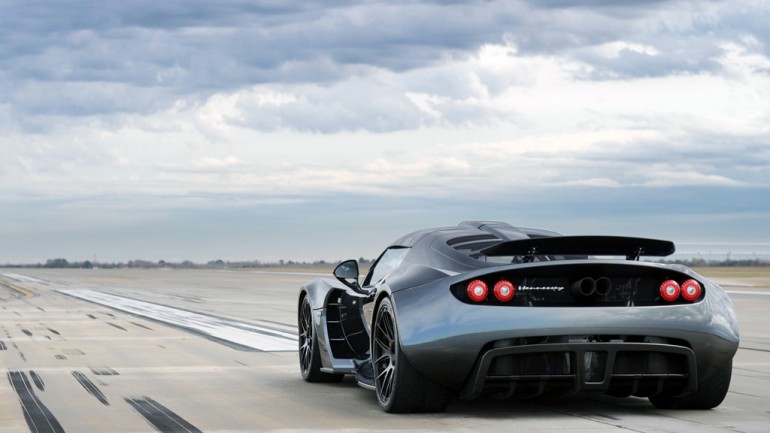 The impressive 1,244 horsepower monster birthed at the Texas Hennessey facility is one-of-a-kind derived from extensive development and craftsmanship off of an Elise/Exige-based donor car.

Development of the Hennessey Venom will continue with a 2013 Venom GT2, which is due to get a 7.0-liter twin-turbo V8 pushing 1,500 horsepower. The revised model will get a choice of a 7-speed paddle shift transmission or 6-speed Ricardo manual box. Other changes to note will be a new door design with dihedral hinges and a double bubble roof to increase headroom. 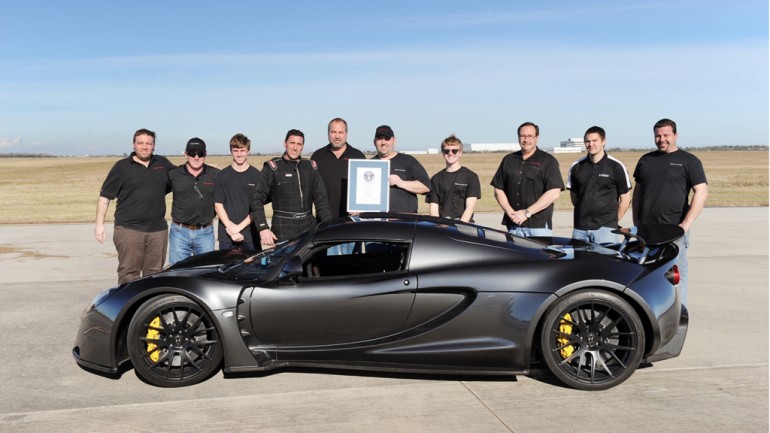 7 units of the new Venom GT2 will be produced with prices starting around $1.25 million. Expect the first unit to be ready nearing the end of the year.