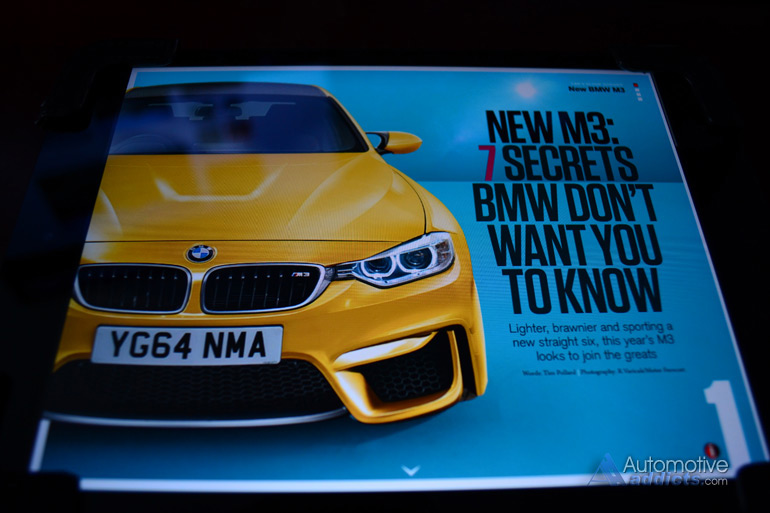 As we inch closer to getting a glimpse of what the next M car will look like to come from the land of Bavaria, CAR Magazine gets a jump on things by revealing some additional details and images of the yet-to-be revealed 2014 BMW M3.

Of course the next BMW M3 will be a 4-door vehicle while the new M4 moniker will be worn by the coupe M car based off of the BMW 4-Series Coupe Concept that we took a close look at only a month ago. 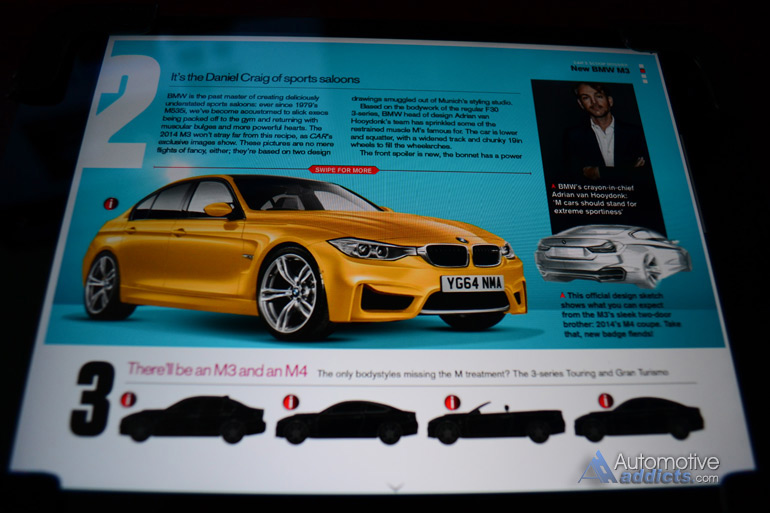 Anyone at the local magazine stands or favorite App store will witness a few new images never seen before of what the 2014 BMW M3 is supposed to look like. What CAR Magazine has posted is what they claim to be images “based on two design drawings smuggled out of Munich’s styling studio.” You can take that verbiage for whatever you think means. In the meantime, we have taken a few shots of our iPad displaying the latest CAR Magazine volume’s featured cover story.

A few new details, aside from the fact that the new M3 (and M4) will receive a turbocharged inline-6 cylinder producing about 450 horsepower, were revealed in the CAR Magazine story confirming the notion that the new engine is NOT a variation of current BMW force-fed inline-6s. It is actually something completely new. Yay! 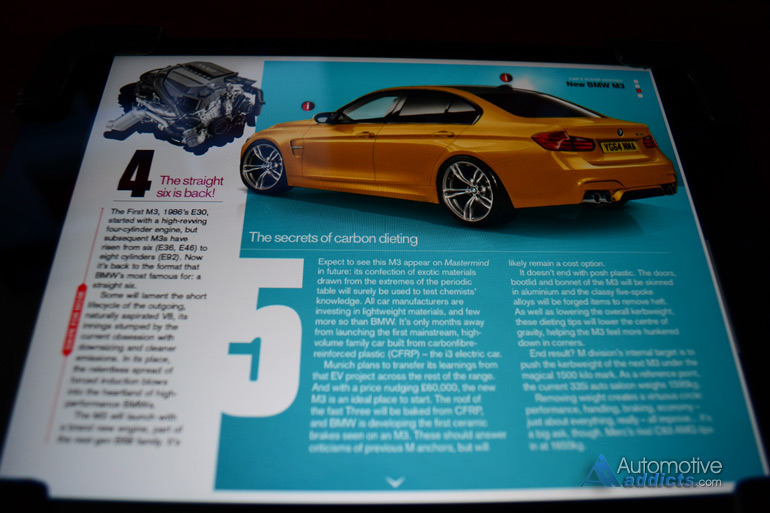 If you have picked up your copy of CAR Magazine, what do you make of the new photos and pre-release information provided in the article?