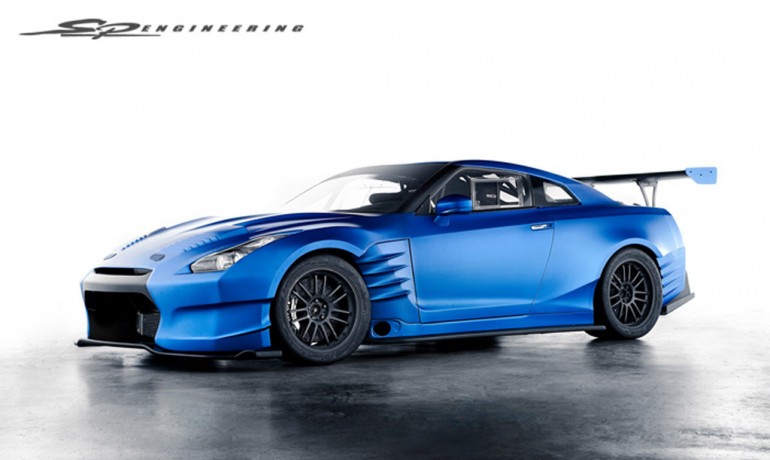 The upcoming sixth installment of The Fast and the Furious franchise has kept us playing guessing games as to what type of performance cars we will see in the movie. With a movie cast basically carried over from Fast Five, we already know what to expect from the human acting department. What we can now confirm, thanks to MotorAuthority, is one of the other stars of the Fast and the Furious 6 movie is a Bayside Blue BenSopra Nissan GT-R with a whole trick-bag of aftermarket modifications.

SP Engineering, the infamous tuning crew responsible for turning out 1,000+ horsepower Godzilla’s will be the turner of choice for the Nissan GT-R movie star, which will feature a respectable 685 horsepower and 603 lbs. ft. of torque. Of course in Hollywood numbers those figures could be exaggerated to well over 1.000 horsepower.

The fine details of the upcoming Fast and the Furious 6 movie have been sketchy at best, although, we should expect to see a Subaru BRZ and an onslaught of other highly-sought after vehicles in the most recent highly anticipated car movie.

Fast and the Furious 6 will star Vin Diesel, Michelle Rodriguez, Jordana Brewster, Ludacris and Dwayne Johnson. The movie is set for a release date of May 24, 2013. Look for the first movie trailers to be released in the coming weeks.