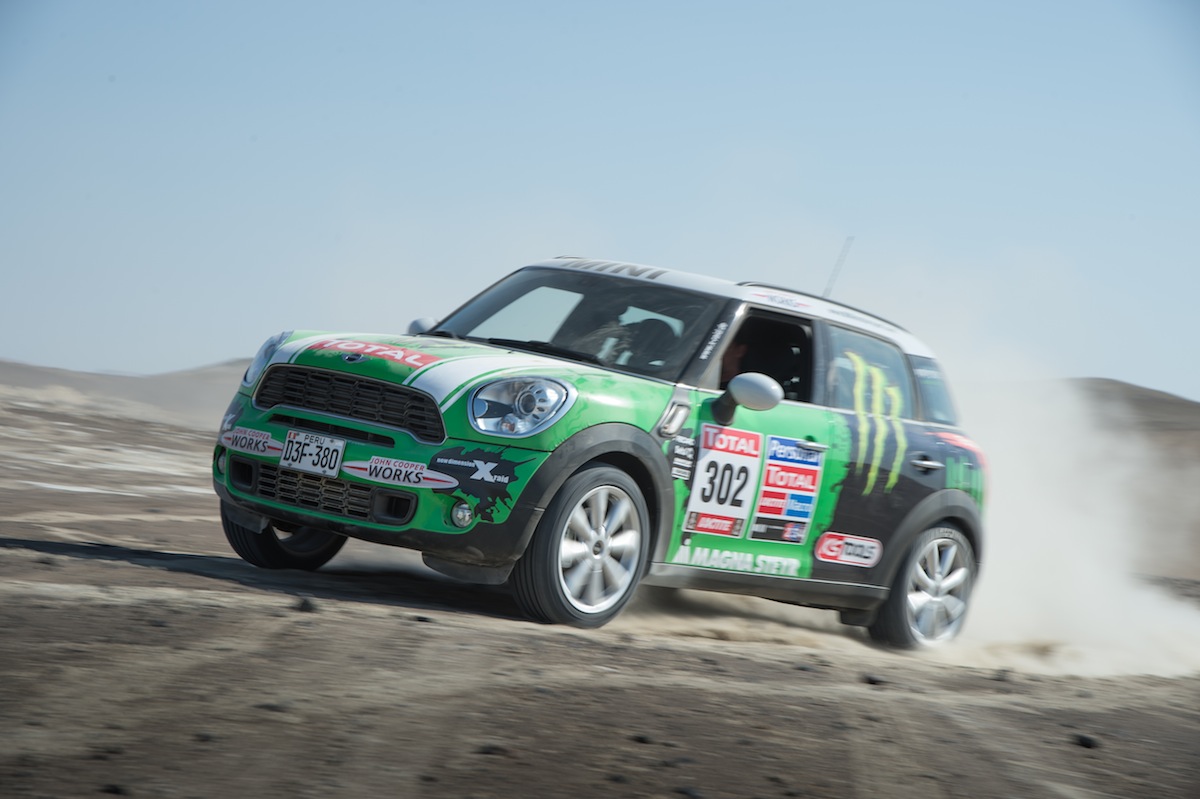 In 2012, Stephane Peterhansel and co-driver Jean-Paul Cottret took an unproven Monster Energy X-Raid Team MINI to victory in the Dakar Rally. As if that feat weren’t impressive enough, the second place car, driven by Nani Roma and Michel Perin, was also a Monster Energy X-Raid Team MINI. Proving the MINI’s dominance, the third place car, a Toyota finished over an hour behind the second MINI.

In the 2013 running of the Dakar Rally, Peterhansel and Cottret again took first place honors, finishing 42 minutes ahead of the second-place Toyota. Two more Monster Energy X-Raid Team MINIs finished in third and fourth, with the final two MINI entries crossing the line in 12th and 48th place.

Of the win, MINI’s senior vice president of brand management, Dr. Kay Segler, said, “This is a magnificent triumph and I would like to offer our congratulations on behalf of MINI not only to Stéphane Peterhansel and Jean-Paul Cottret, but also to Sven Quandt’s entire X-raid Team. The victory of the MINI ALL4 Racing last year was without doubt a surprise for many people. But now it is clear to everyone that this was no fluke. Anyone who comes home first after 8,600 kilometres (approx. 5,300 miles) in the world’s toughest rally has achieved something amazing.”

Just as in 2012, the MINI team dominated the rally almost from the start. Peterhansel and Cottret took the overall lead after only two stages, then spent the rest of the event defending their position. Last year’s second-place duo of Roma and Perin were ultimately relegated to a fourth-place finish, after being passed by teammates Leonid Novitskiy and Konstantin Zhiltsov, who finished third.