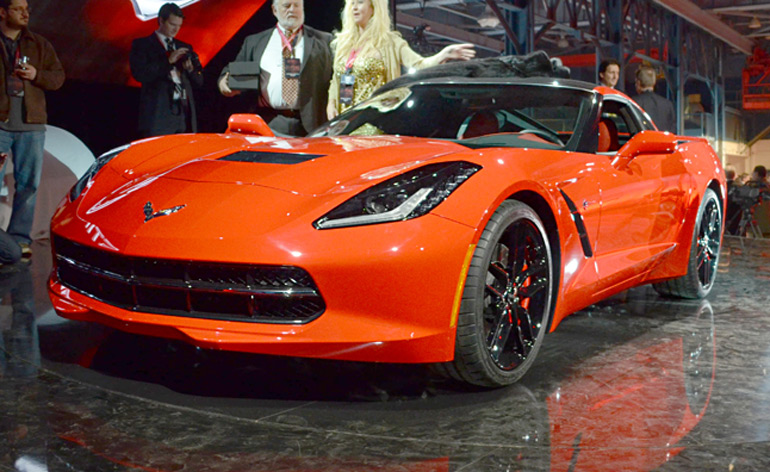 The Barrett-Jackson car auction in beautiful Scottsdale, Arizona is off to a start with many highlighted vehicles selling for millions including the very first production 2014 Corvette Stingray, the same one that was on display at the Detroit Auto Show, nabbing $1.1 million in its auction. All of the proceeds will go benefit College for Creative Studies.

Other highlights so far include an original 1966 Batmobile selling for an astonishing $4,620,000 at the drop of the hammer along with Clark Gable’s 1955 Mercedes-Benz 300SL Gullwing for $1.85 million. 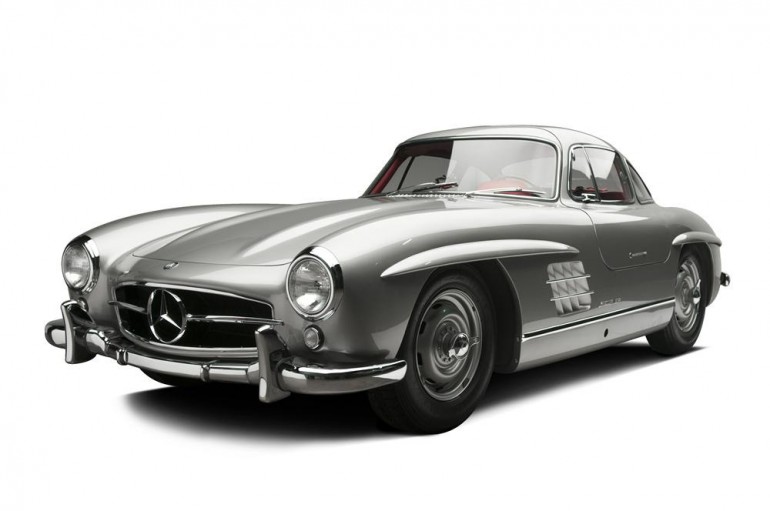 There were some slight disappointments in the hammer price of vehicles such as President George W. Bush’s 2009 Ford F-150 only nabbing $300,000 even after Jay Leno’s voicestress persuasions helming the bidding. Though, the full $300K will happily go to the Fisher House Foundation – a truly good cause. 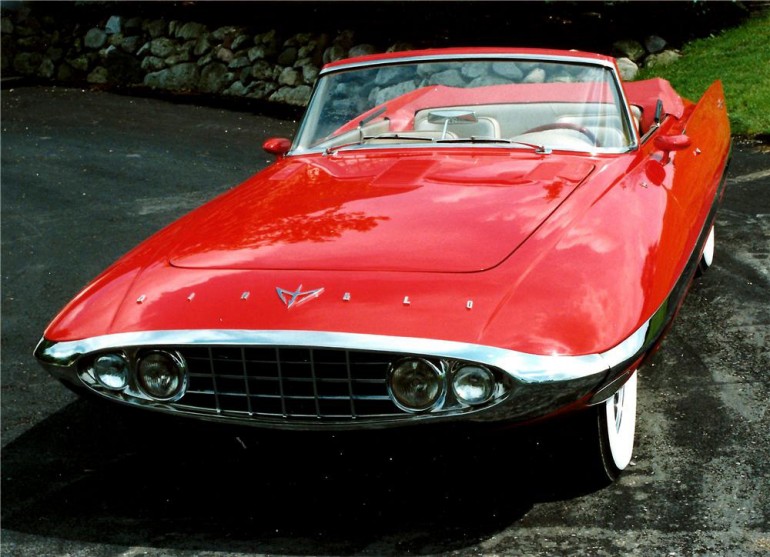 The Barrett-Jackson auction still has many other vehicles to cross the block expected to bring in unimaginable numbers. Nearly 1,400 vehicles in total are expected to cross the auction block setting new world records while putting an eternal smile on the faces of newfound owners and sellers of some of the rarest vehicles around.

Return of the Stingray – The 2014 Chevrolet Corvette. This all new Corvette Stingray is the perfect balance of technology, design and performance. The lucky winning bidder for this 2014 Corvette Stingray will receive the first retail production vehicle of this seventh-generation Corvette – a Vin ending in #0001. The 2014 Corvette Stingray is the most powerful standard model ever, with an estimated 450hp (334 kW) and 450ft/lbs of torque (610 Nm). It is also the most capable standard model ever, able to accelerate from 0-60 in less than four seconds and achieve more than 1g in cornering grip. It is expected to be the most fuel efficient Corvette, exceeding EPA-estimated 26 mpg of the current model. The all new Corvette Stingray incorporates an all-new frame structure chassis, a new powertrain and supporting technologies, as well as completely new exterior and interior designs. Highlights include: An interior featuring real carbon fiber, aluminum and hand-wrapped leather materials, two new seat choices – each featuring a lightweight magnesium frame for exceptional support – and dual eight-inch configurable driver/infotainment screens. Advanced driver technologies, including a 5-position Drive Mode Selector that tailors 12 vehicle attributes to the fit the driver’s environment and a new 7-speed manual transmission with Active Rev Matching that anticipates gear selections and matches engine speed for perfect shifts every time. An all-new 6.2 Liter LT1 V8 engine combines advanced technologies, including direct injection, Active Fuel Management, continuously variable valve timing and an advanced combustion system that delivers more power while using less fuel. Lightweight materials, including a carbon fiber hood and removable roof panel, composite fenders, doors and rear quarter panels, carbon-nano composite underbody panels and a new aluminum frame help shift weight rearward for an optimal 50/50 weight balance that supports a world-class power-to-weight ratio. A sculptured exterior features advanced high-intensity discharge and light-emitting diode lighting and racing-proven aerodynamics that balance low drag for efficiency and performance elements for improved stability and track capability. An available track-capable Z51 Performance Package including: an electronic limited-slip differential, dry-sump oiling system, integral brake, differential and transmission cooling, as well as a unique aero package that further improves high-speed stability. **ALL PROCEEDS TO BENEFIT COLLEGE FOR CREATIVE STUDIES** **WILL BE SOLD DIRECTLY FOLLOWING LOT 5041 ON SATURDAY, JANUARY 19, 2013**