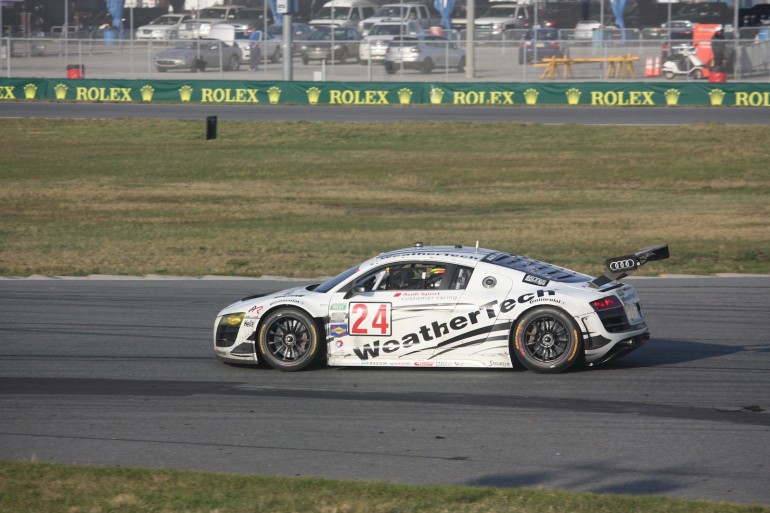 Consider this: 18 of the 33 GT Class cars that started last weekend’s Rolex 24 at Daytona were Porsche 911 GT3 Cup cars, either running the new 4.0-liter flat-six engine (with a restrictor on the intake) or the proven (and unrestricted) 3.8-liter flat-six. Seven entrants were Ferrari 458 Italias, followed by four Audi R8s, followed by a Camaro, a Corvette, a BMW M3 and a Dodge Viper.

In terms of percentages, nearly 55-percent of the cars on the GT Class starting grid were 911s, which have long been the dominant car at Daytona. Blame it on rule changes or blame it on Audi’s sheer will to win, but the first Porsche 911 GT3 Cup car to cross Daytona’s checkered finish line did so in fifth place (13th overall), behind a pair of Ferraris (taking third and fourth spots) and a pair of Audi R8s (taking first and second). 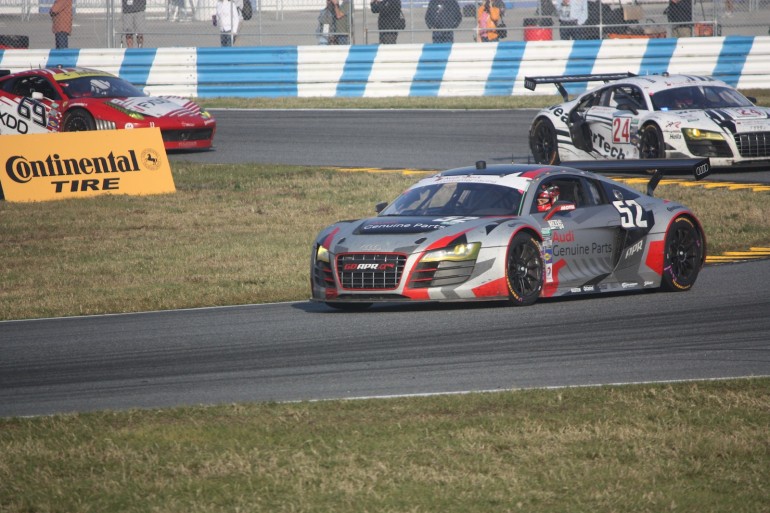 Filipe Albuquerque drove a near-perfect stint race to bring the #24 Audi Sport Customer Racing / Alex Job Racing R8 across the finish line first in class, despite transmission problems at the end of the race. It was the driver’s first visit to Daytona, making the win that much more impressive. Rene Rast brought the #52 Audi Sport Customer Racing / APR Motorsport R8 across the line in second place, after holding off the #69 AIM Autosport Team FXDO With Ferrari 458 Italia in the closing laps.

Had the #13 Audi Sport Customer Racing / Rum Bum Racing Audi R8 not run short of fuel in the closing laps, it almost surely would have been a clean podium finish for Audi. The Audi R8 Grand Am has come a long way since last year, when two cars were entered and finished a disappointing 44th and 45th overall. 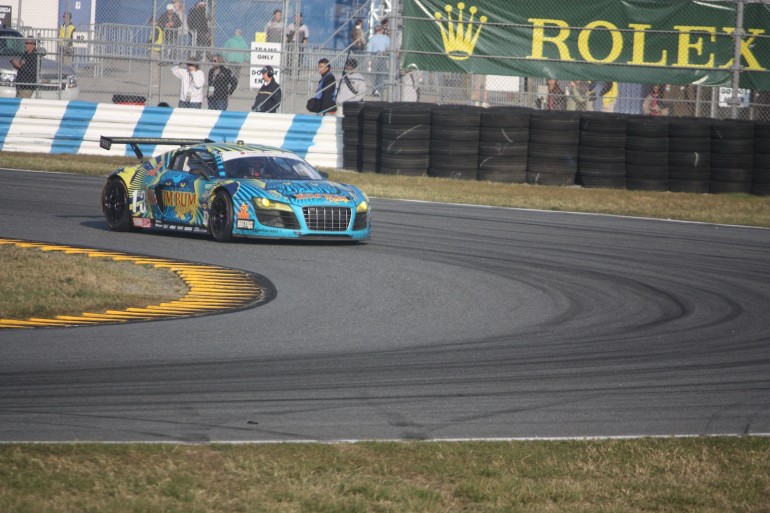 Aside from the Audi R8s and Ferrari 458 Italias, the GT class is in danger of becoming a Porsche 911 spec series, as the Camaros, Corvettes and Vipers have all been rendered non-competitive by rule changes. Let’s hope that changes before too much longer, since the world already has all the Porsche 911 spec series it needs.