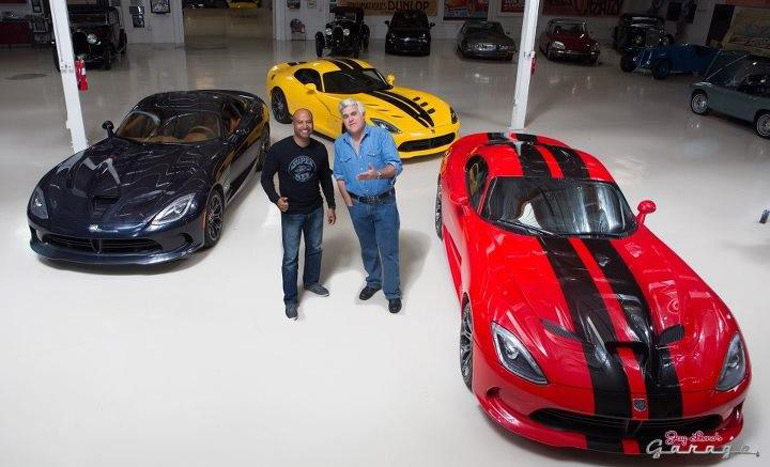 Lately Jay Leno has welcomed some of the most sought after vehicles into his garage and taking each one for a nice ‘spin’. The latest vehicle to grace his infamous garage is the all-new SRT Viper along with VP of design and CEO of SRT at Chrysler, Ralph Gilles.

Touted as a true car guy heading up design and the SRT brand, Ralph Gilles has a long car-centric resume but a down-to-earth perspective that just about any level-headed car enthusiast would appreciate. Ralph Gilles has set out on a 5,000-mile cross-country journey in the new SRT Viper and stops to see Jay along the way. Gilles and Leno hit it off once again to go over the new SRT Viper and later take it for an exclusive test drive to see what she can really do on the local streets and later on the track at Willow Springs. Hit up the full 2013 SRT Viper GTS review on the latest Jay Leno’s Garage episode.