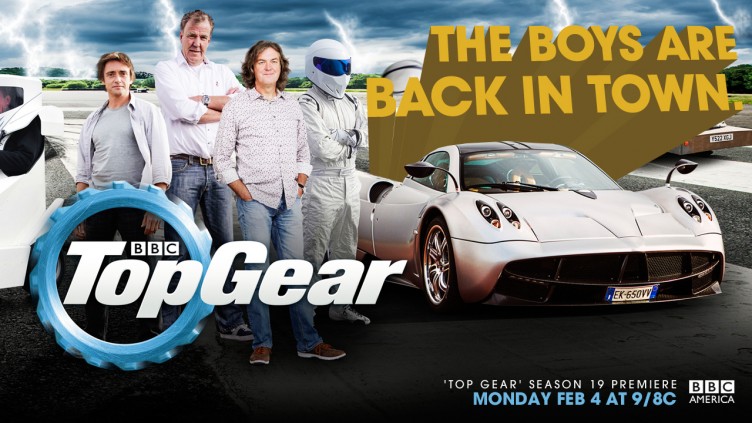 Top Gear is, without a doubt, the most successful automotive-themed franchise on the planet. A simple television show has spun off an empire of branding and licensing opportunities, as well as the Top Gear Live shows that play to sold-out audiences in Europe, Russia and South Africa.

And then there’s America, which gets its own watered-down version of the show (now devoid of studio time and star cameos) and has to wait months for the current season of the British show to air. At least that’s how it went in the past, but things are changing: BBC America will air Top Gear season 19 here beginning Monday, February 4, at 9:00 p.m. Eastern and Pacific. Finally, we can be in on the same automotive jokes the rest of the world is laughing at, even if they typically come at the expense of American automakers.

Season 19 is shaping up to be a good one, too. In the very first episode, The Stig wheels the Pagani Huayra to a new Top Gear lap record, while Clarkson attempts to build a hybrid smaller than the Peel P50. The second episode is the rumored U.S. road trip, and an African safari in search of the Nile River’s origins comes later in the season. If you haven’t already set your DVRs to tape the new season, now is a good time to do so.