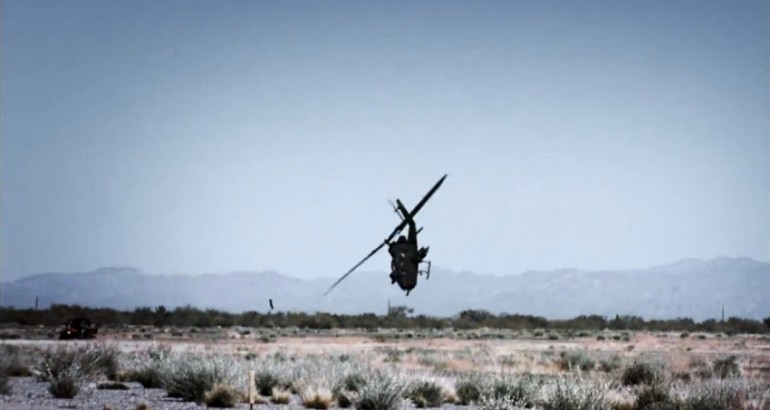 The British version of the mega-successful Top Gear is known for its elaborate stunts and incredibly high production values. While spin-offs such as Top Gear USA and Top Gear Korea don’t have quite the bankroll that the original does, they still do what they can to up the thrill quotient with (occasionally risky) driving challenges.

A recent episode of Top Gear Korea had host Kim Jin Pyo racing an AH1 Cobra gunship in a Corvette ZR1. We’ve seen this kind of stunt countless times on Top Gear, and it generally ends with the car losing to the military helicopter / tank / drone / jet fighter. This time, however, it appeared that Pyo crossed the finish line before the helicopter. While our Korean language skills are a bit lacking, that certainly sounds like a celebratory cheer from the Top Gear host.

And then, suddenly, things go very, very wrong. As the pilot of the AH1 Cobra executes a turn, his aircraft suddenly loses altitude and impacts the ground at a high rate of speed, disturbingly close to a camera car. If there’s good news, it’s this: no one, including the pilot, was seriously injured in the crash.

Sure, Top Gear in all of its forms is scripted, with the outcome of most stunts and segments pre-ordained. The really dangerous driving is left to experts, since hosts like Jeremy Clarkson, Richard Hammond and James May are too indispensable to the series. As this video shows, however, reducing the risks associated with filming isn’t the same thing as eliminating them.