A Raptor Rounds The ‘Ring: Video 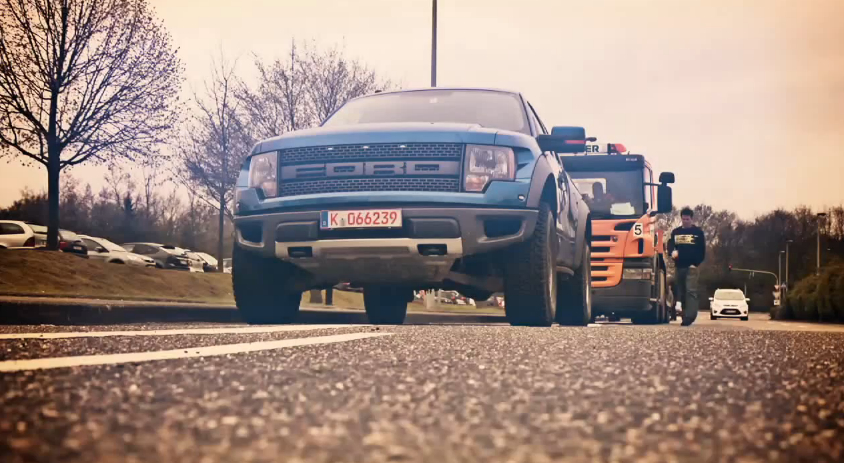 Tanner Foust gets ready to wheel a Raptor around the ‘Ring

During a recent vehicle development trip to Ford’s proving grounds in Germany, rallycross driver and Top Gear host Tanner Foust found himself with a few days to kill. Sightseeing along the Rhine isn’t Foust’s style, so he arranged to borrow a car from Ford and headed off to the Nürburgring for some hot laps.

Foust wasn’t behind the wheel of a Shelby GT500 or the new Fiesta ST; instead, Ford handed him the keys to an SVT Raptor, which is an interesting choice for a drive on the ‘Ring. Pickup trucks in Germany are about as common as Bugatti Veyrons in the United States, so Ford’s fastest F-150 definitely drew some attention on the track.

The video below doesn’t show lap times, but we wouldn’t expect anything too quick from a stock ride height Raptor riding on off-road tires. Foust seems to enjoy wheeling the pickup around the Green Hell, and it appears that he spent plenty of time sideways through corners, undoubtedly giving spectators the show of their lives.

Attention whoring aside, there’s another advantage we can think of to driving a Raptor on the ‘Ring: thanks to the truck’s off-road-focused suspension, the track’s curbing can be used to add more real estate to each corner. Put a wheel or two off the pavement, and we’ll bet the Raptor handles things a lot better than a Porsche 911, too.