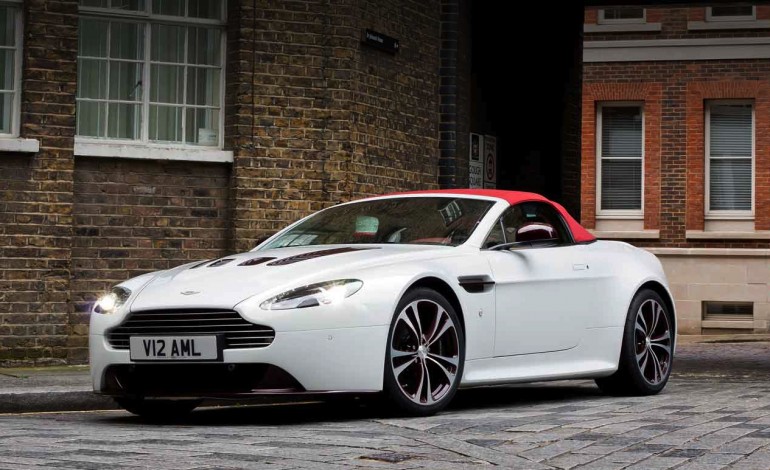 Daniel Craig may be the best James Bond in the history of the franchise. His 007 is far darker than any portrayed in the past, taking every bond movie filmed since 2002 in an entirely new (and welcome) direction.

With three Bond films on his resume, Craig appears to have developed a taste for some of the finer things in 007’s life. We don’t know if he prefers his martinis shaken, not stirred (or if Craig even drinks martinis), but we now know that the British actor has a thing for Aston Martin automobiles.

As The Daily Mail reports, Craig recently marked his 45th birthday by acquiring a limited-production Aston Martin V12 Vantage Roadster. We say “acquired,” since it isn’t clear if the car was self-purchased, a gift from Craig’s wife (actress Rachel Weisz) or a thank-you from Aston Martin for being its brand ambassador.

We’re surprised that Craig waited this long to park an Aston Martin in his garage, since the British automaker essentially offered him a car following the completion of 2008’s Quantum of Solace. Craig begged off at the time, saying that his residence in London was far too crowded and congestion-prone for a car like an Aston Martin. Call us superficial, but we’d find a way to work around that, even if we lived in Beijing (or worse, Washington D.C.).

If you need a reminder, Aston Martin is only building 101 V12 Vantage Roadsters. Each comes with a 6.0-liter V-12 engine, good for 510 horsepower and 420 pound feet of torque. Though more of an open-air grand tourer than a hardcore sports car, it’s still capable of running from 0-60 mph in 4.5 seconds, on its way to a 190 mph top speed.

We’re happy for Craig and think the car is a good fit, at least for his on-screen persona. Like Aston Martin, Craig strikes us as British to the core, and we can’t picture him behind the wheel of a Ferrari 458 Italia or a Corvette ZR1.