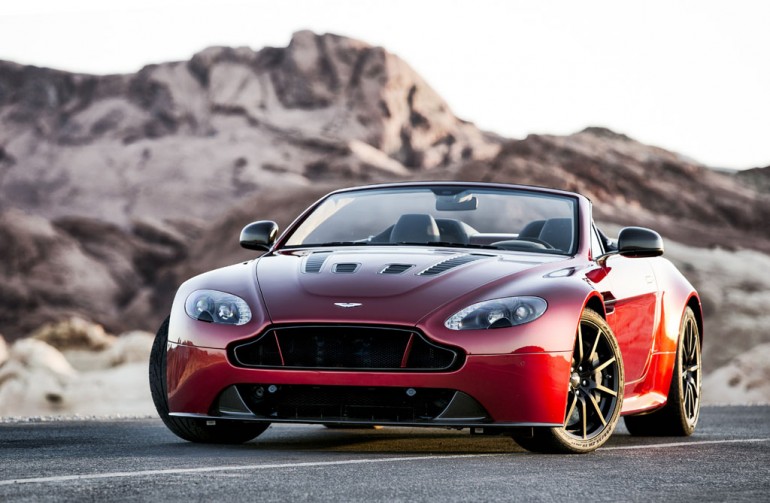 Aston Martin has always been that special unicorn that most folks, even some enthusiasts, really never fully understood unless you owned one or knew someone who owned one. The British automaker has strived on for many years having their own unique character and some of the sexiest exotics on the road to date. 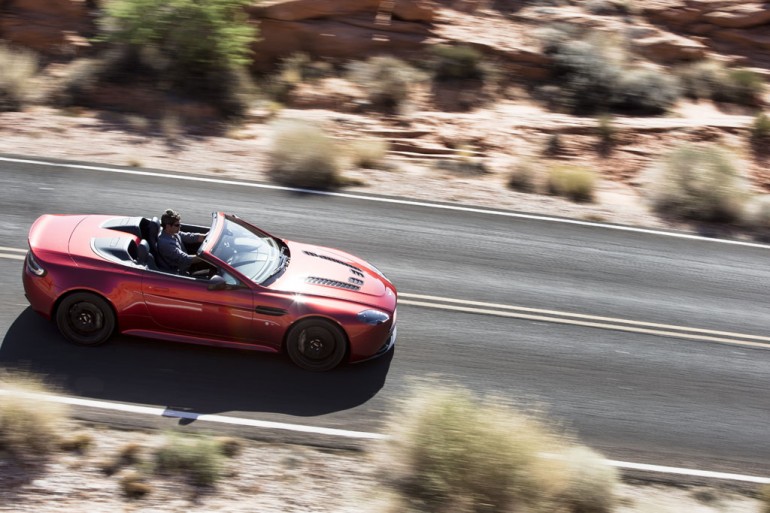 In their latest attempt to woo enthusiasts and onlookers over, they drop their fastest yet droptop in the form of the all-new Aston Martin V12 Vantage S Roadster. The new V12 Vantage S Roadster has the post powerful engine from the British ever pumping out 565 horsepower and 457 lb-ft of torque. 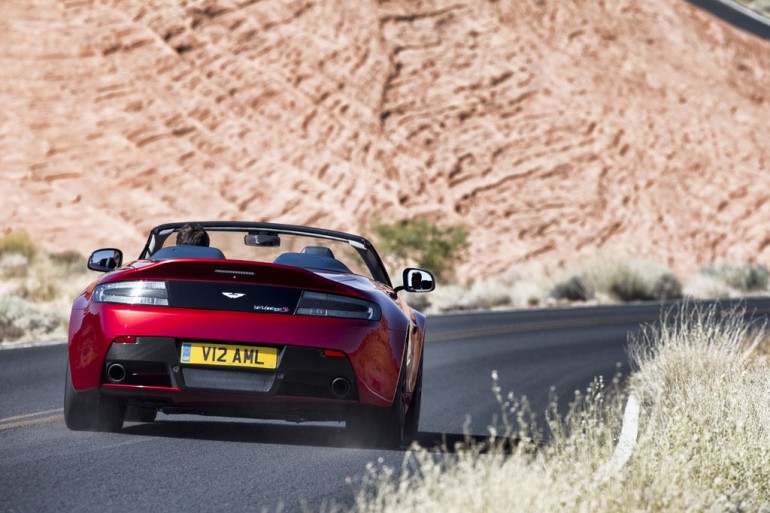 If you are like me, you are probably thinking that those numbers are not all that impressive on paper. Well, maybe so. However, the flat torque curve and power output across the band makes up for its top-end number and we would image this V12 Vantage S Roadster screams. 0-60 mph time is said to be in 3.9 seconds and top speed is at 201 mph. For those taking note, that is slightly faster than the Vanquish Volante.

Hit up the full release and specification information below for those who want to indulge in one of the fastest and sexiest droptops money can buy.

Aston Martin is opening up a new world of exhilarating driving excitement with the announcement of the hotly anticipated V12 Vantage S Roadster.

When it arrives in markets around the world later this year the new sports car will become the luxury British marque’s most potent, fastest and fastest-accelerating series production roadster to date and follows in the broad tyre tracks of the V12 Vantage S Coupe that was launched to worldwide acclaim in 2013.

Peak and low rev torque is delivered in abundance. With 620 Nm available at 5,750 rpm the V12 Vantage S Roadster is not to be found wanting in this vital department. Crucially, too, low rev torque – measured from just 1,000 rpm – starts at a colossal 510 Nm. Together, these statistics demonstrate the Aston Martin engineers’ ability to create a ‘flatter’, yet ‘fatter’, torque curve which supports exceptional driveability and strong pick-up through the gears.

“Beautiful, powerful and spirited it is as spectacular to listen to as it is to look at. The new roadster is truly a treat for the senses with, underlying all this, the capacity to deliver one of the most dynamic, exciting and stirring driving experiences in our current range.

“I’m sure the V12 Vantage S Roadster will appeal to luxury sports car enthusiasts worldwide who want to add a truly exceptional new model to their garage.”

As with its coupe sibling, race car technology runs right through the DNA of the V12 Vantage S Roadster with, for instance, CNC machined combustion chambers and hollow camshafts just two examples of track technology feeding through to the road.

The Sportshift™III transaxle, developed in conjunction with transmission experts Oerlikon Graziano, joins an extensive array of new sport and track-focused developments that ensure the V12 Vantage S Roadster is fully equipped to exploit the huge performance potential of its 6.0-litre naturally aspirated engine.

The use of three-stage adaptive damping, allied to three-stage DSC and two-stage ABS, allows the driver to more precisely tailor the car’s dynamic character. ‘Normal’, ‘Sport’ and ‘Track’ modes provide a broad swathe of dynamic performance that can be tuned to better suit the driver’s requirements. The system also governs the level of power steering assistance offered.

Working alongside the extended chassis capabilities is a ‘Sport’ mode, controlled via a button on the centre console, that alters throttle response, gearshift speed and timing, and exhaust note to, once again, tune the character of the car to the driver’s requirements.

Optimum braking performance is delivered via the specially-created carbon ceramic discs all round, with near-identical brakes appearing on the brand’s ultimate GT, the Vanquish. Meanwhile a whole new lightweight exhaust system – derived from that of Aston Martin’s most expensive and exclusive production model, the One-77 hypercar – is wonderfully sonorous.

As Aston Martin’s most overtly sporting convertible, with an even more dynamic character than the luxurious Vanquish Volante ultimate GT or refined DB9 Volante, the V12 Vantage S Roadster has been styled to reflect is position as the flagship convertible in the Vantage family.

In keeping with the V12 Vantage S Coupe, the Roadster replaces the famous aluminium vanes in the Aston Martin grille – with a carbon fibre arrangement that also includes sporty black or titanium silver mesh. Created to maximise airflow to the V12 engine, the new grille is inspired by both the remarkable CC100 Speedster Concept and the Vantage race cars.

Other distinguishing features of the V12 Vantage S Roadster include the option of lightweight forged alloy ten-spoke wheels.

Inside, as out, the new car has been styled to reflect its powerful nature. New-style seat trim and door trims, with Sport and carbon fibre lightweight seat options – present V12 Vantage S Roadster buyers with an exciting array of choices.

The optional Interior Carbon Pack, which adds carbon fibre to the car’s facia and door pulls, plus the availability for the first time in a V12 Vantage S Roadster of black pedals, further enhances personalisation options for those in search of a truly bespoke sports car.

Meanwhile, For V12 Vantage S Roadster, the company is introducing a Q by Aston Martin Collection which comprises bespoke features that are entirely in keeping with the character of the car.

Marek Reichman added: “The new V12 Vantage S Roadster not only looks the part, but has been engineered and built to showcase the ethos of Aston Martin: power, beauty and soul.

“We believe that it is a truly exceptional sports car, with the capacity to set pulses racing just by its sound alone. The authentic appeal of its style, performance, quality and craftsmanship ensure its stands head and shoulders above others in its sector and delivers that most precious of experiences – fun – in abundance!”