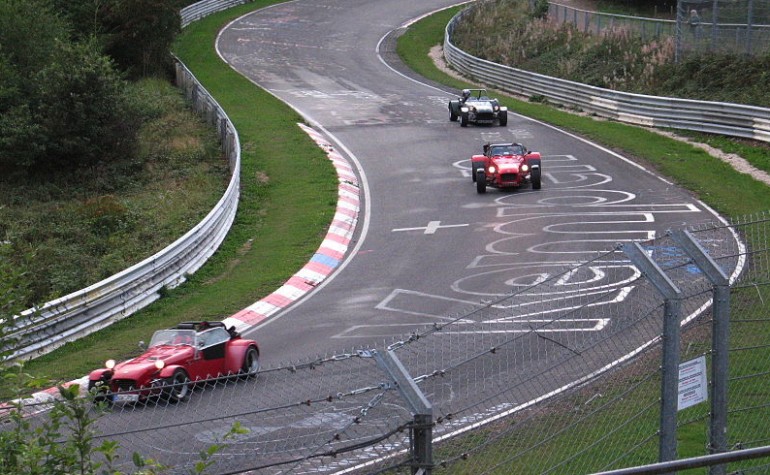 The future of Germany’s fabled Nürburgring circuit has been up in the air for nearly a year, after the entire complex (which includes the track, hotels and even a theme park) filed for bankruptcy last summer. Now Bridge To Gantry, via Autoblog, has published the asking price of the track: for just $165 million, you can own your very own piece of motorsports history.

If that’s the bad news, here’s the good news: the list of prospective buyers has been condensed from 50 down to under 10. Not one of them, according to the state-appointed bankruptcy liquidator, is a wealthy oil baron, software mogul or crime lord seeking to turn the ‘Ring into his own private paradise.

It’s not all good news for enthusiasts, though. Whoever does buy the track will need to run it as a business, and businesses exist to make money. While big events such as the German Grand Prix (held at the Nürburgring F1 circuit on alternate years) and the Nürburgring 24 Hours undoubtedly make money, club racing events and public drives do not. While it’s way too early to speculate that the ‘Ring may be closed to fans, at the very least a substantial increase in driving fees can be expected.

Though “drive the Nürburgring” is on our automotive bucket list, it’s clear that we won’t be doing it any time soon. We can only hope that, by the time our schedule and finances permit a return to Germany, driving the Nürburgring is still an option for those without a racing license, team, and sponsorship-backed ride.