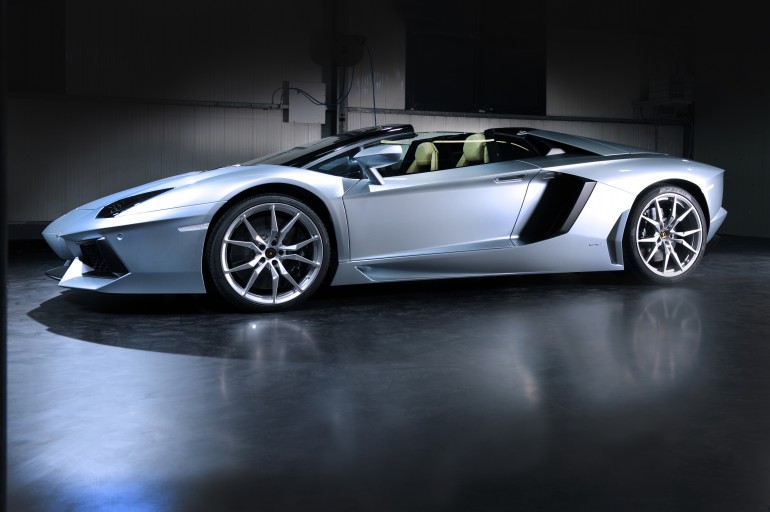 If you put your money down today on a 691-horsepower, V-12 powered Lamborghini Aventador LP 700-4 Roadster, you’d be looking at a delivery date in the spring of 2014. Despite the car’s $448,295 price of admission (including a destination charge of $2,995 and a Gas Guzzler tax of $3,700), demand for the open-air supercar is far outstripping supply.

It’s easy to understand why. The car looks great, and its functional two-piece carbon fiber roof panel is far better engineered that the soft tops used on previous drop-top Lamborghinis. Performance-wise, the car can sprint from 0-60 mph in less than three seconds (aided here by its all-wheel drive), before reaching a top speed of 217 mph. If you have the price of admission, it’s easy enough to justify the car for its noise alone.

Now, thanks to charity gala One Night For ONE DROP (which works towards a goal of enough clean water for everyone on earth), you can bid on an Aventador Roadster for delivery in Las Vegas, Nevada, this August. That’s likely over six months sooner than you can take delivery in the United States otherwise, even if you have incriminating photos of you Lamborghini dealership’s sales manager. On top of being among the first in the United States with an Aventador Roadster, you’ll be supporting a truly worthy cause, too.

If you want to enter a bid above $465,000 (the current minimum), head on over to the Charitybuzz website before the auction ends on April 4. If you still want to support a worthy cause, but can’t quite swing nearly half a million for a new Lamborghini, the charity auction website is selling plenty of other stuff in support of One Night For ONE DROP. We’d gladly bid on a meet and greet with Jay Leno, including a tour of his car collection, if it weren’t already priced beyond our means.