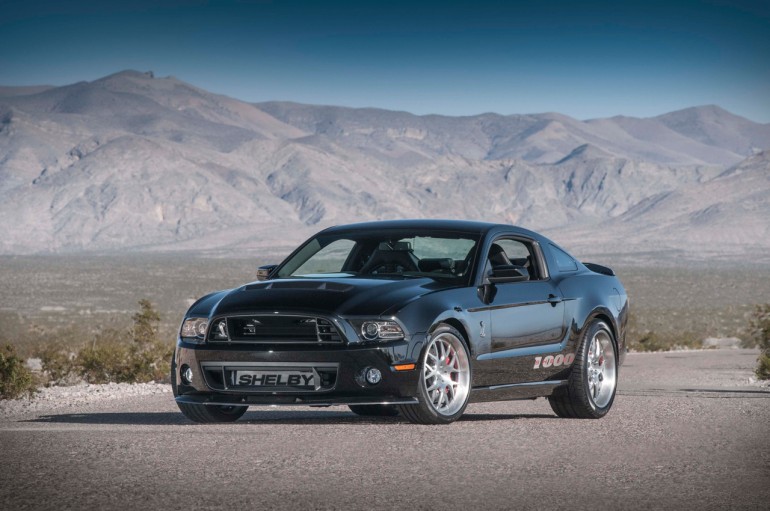 You really have to ask yourself, at the point of 1,200 horsepower fed through the rear wheels, can you really drive such a machine on the street? Additionally, is 1,200 horsepower really necessary? Well, to sum up an answer, it is absolutely necessary! The all-new 2013 Shelby 1000 was revealed on the show floor in New York packing a monstrous 1,200 horsepower, which is almost twice as much as the Shelby GT500 makes (662hp). And you thought the Shelby Super Snake was a little over-kill with 850 horsepower, wait until you get a load of the new Shelby 1000. 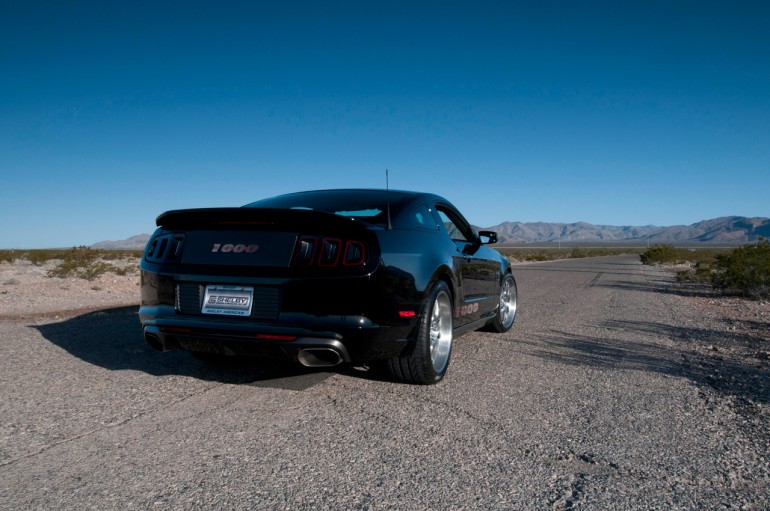 The new 2013 Shelby 1000 amazingly uses the same 5.8-liter V8 engine found in the Shelby GT500 and is able to make all those 1,200 ponies on pump gas. Of course this amazing power output comes at a price, about $154,995 on top of you providing a stock Shelby GT500 for $54,650. Of course you will probably need to stock up on several of the Pirelli P-Zero tires, they are going to go (burn up) like hot cakes with 1,200 hp flowing through the drivetrain.

LAS VEGAS – March 22, 2013 – Shelby American, a wholly owned subsidiary of Carroll Shelby International Inc., (CSBI.PK), will introduce the 2013 version of the most powerful production, street legal muscle car in the world on March 28, 2013, at the New York International Auto Show. The company will have on display its 2013 Shelby 1000 S/C version with 1,200 horsepower, which is based on the Ford Shelby GT500. Beginning with Ford’s new massive 5.8L V8 power plant, the 2013 Shelby 1000 puts unprecedented horsepower to the pavement, while running on pump gas.

“The 2012 Shelby 1000 was launched to great acclaim at the New York Auto Show last year to celebrate our 50th anniversary,” said John Luft, president of Shelby American. “We’re bringing back the Shelby 1000 to New York, but with Ford’s new 2013 Shelby GT500 as the base car. With its new engine, launch control, adjustable suspension and other new enhancements, we’ve created a car with even more capabilities. The 2013 Shelby 1000 incorporates everything we’ve learned over five decades of creating high-performance vehicles.”

While the stock 2013 Ford Shelby GT500 offers 662 HP, Shelby American strips the 5.8 liter engine down to the block, strengthens the internals and then cranks up the power. Combining a finely tuned adjustable suspension with a performance cooling package, big brakes and serious horsepower, the Shelby can outperform exotics costing three-to-four times more.

“The 2013 Shelby 1000 is the most powerful production muscle car on the market,” said Vince LaViolette, Shelby American’s test driver. “But this car cannot be defined by just its amazing power. The steering provides wonderful feedback and the car tracks beautifully, giving it an athletic feel. It attacks corners, ripping through them with minimal body roll and tremendous grip. Yet the Shelby 1000 can be so docile that you can cruise it down the streets of Manhattan.”

Shelby American will also unveil another vehicle at the New York International Auto Show. Like the Shelby Focus ST, it will not be Ford Mustang based.

Shelby American is now accepting orders for the limited edition 2013 Shelby 1000. Those interested in reserving a car should contact the Shelby American Sales team at (702) 942-7325 or visit www.shelbyamerican.com.