Recently our Orlando based AutomotiveAddicts.com photographer, Brandon Connelly, was invited to join in on the DustBall Rally. A rally where all cars are welcome, not strictly exotics or high end cars(those do get priority though.)  It is also a gimmick rally, meaning on some of the routes there may be a scavenger hunt packet to fill out on the drive. Aside from that it is not a race but simply a nice cruise for automotive enthusiasts of all kinds to enjoy and have fun with. 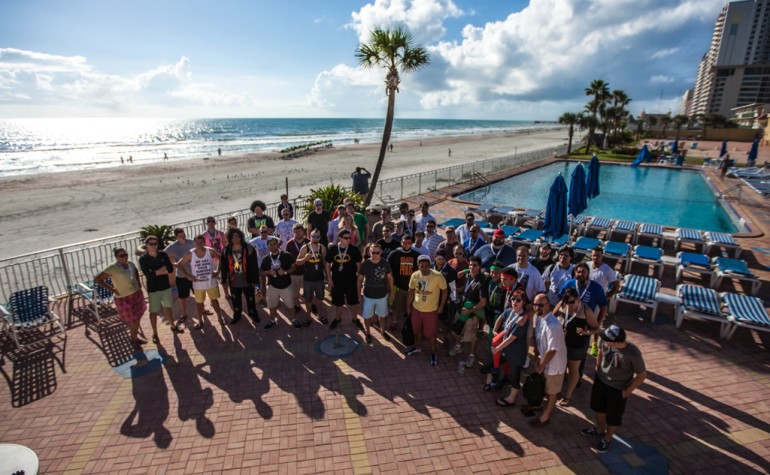 The rally began in Dallas, Texas at Autosource Dallas and then traveled on to Memphis, where they conquered the “Tail of the Dragon” before arriving in Atlanta. From there they continued on to Daytona Beach. The morning of their departure from Daytona was when Brandon was able to meet up with them and begin his portion of the journey with the Dustballers. The drivers reset their trip odometers, were given their gimmick packets and set their sights on the finishing point at DipYourCar.com‘s shop in Coral Springs via A1A. Some of the teams made side trips to the Kennedy Space Center and Canaveral National Sea Shore along the route before reaching the final destination point. 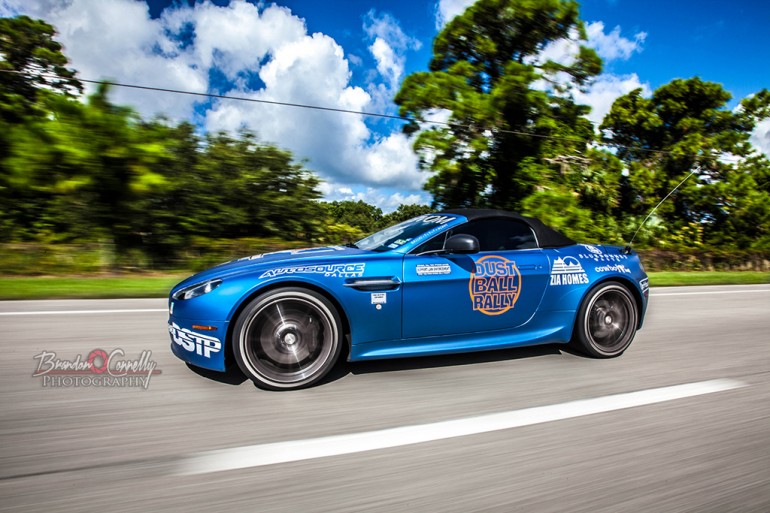 Once the Awards were handed out at the finish line, the dyno runs were done by the drivers and the food was all gone; we were then given our instructions/directions for the weekend. The directions led us to downtown Miami where our guidelines were to simply have a blast for the weekend! Some hit the clubs, some hit South Beach and one team even rented a Lamborghini Gallardo Spyder for 24 hours. Brandon tagged along with some of the crew for most of Saturday to hit up Ocean Drive and sight-see along with snapping some shots of the cars cruising around the city. All in all, everyone made it safe throughout he fully rally. Only one ticket on the full rally and a few mechanical issues for teams but our team had a blast with their short leg of this rally. The next one is already in the works and it would appear according to the site that it will begin in Austin and end in Chicago, where it will stop in between no one knows.