Toyota Returns to the Spirit of the 70’s Import Sports Car: The 2014 Scion tC 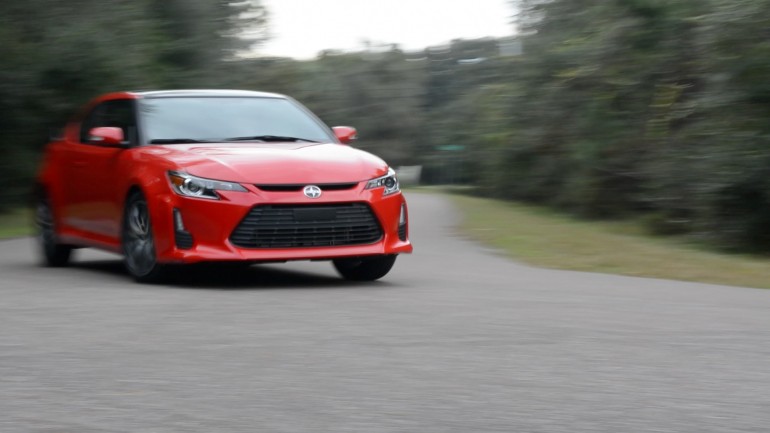 I have always been a fan of Japanese sports cars. While my friends were busy tearing out pictures of Mustangs, Firebirds, and Camaros from the pages of 70’s and 80’s muscle car magazines, I was searching for the elusive Datsun 280z or Toyota Celica GT advertisement. While the folklore that surrounds vintage Japanese may not be that of huge horsepower or gobs of torque, cars from these automakers are remembered for their “bulletproof” engines and “on-rails” handling. Although they couldn’t take Night Rider off the line, they would often catch him in the twisties, and do it with less gasoline and scheduled maintenance. The Japanese sports car philosophy was to find the proper balance between design, performance, reliability, and cost. The end-result was that almost anyone could own a capable performer at an affordable price that exceeded as a daily driver, was great on gas, but also presented well at the local Saturday morning Cars and Coffee.

Throughout the eighties and nineties, Japanese-import sports cars began to evolve into bigger, more luxurious automobiles. Higher displacement turbocharged engines replaced their fuel-efficient counterparts. Lightweight vinyl made way for dual powered heated leather seats and the cars grew significantly in both weight and price. In many cases, the flagship sports cars became so expensive that they struggled to find buyers. By the end of the 1990’s three of the most successful namesakes, Nissan Z, Toyota Supra, and Mazda RX7 ceased sales in the US or stopped production altogether. Although there are multiple reasons that these cars were no longer available, many argue that straying so far from the original formula of balancing aesthetics, performance, reliability and cost distanced the cars from buyers looking for a well rounded vehicle that was fun to drive. 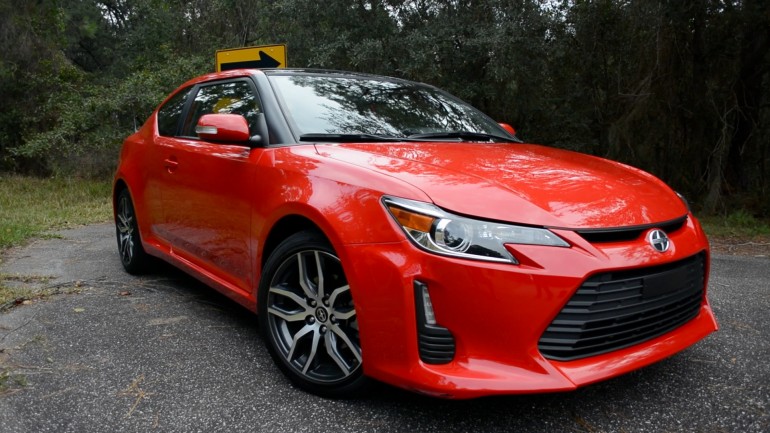 To appreciate Scion’s new 2014 tC you have to consider it in the context of these original Japanese import sports cars. How does the new Scion’s stack up against these legendary imports? Granted a bit of this argument will be subjective, I think it is helpful to consider how the 2014 tC follows, or diverts from, the original formula. In other words, “How well does the redesigned 2014 Scion tC balance looks, performance, reliability, and cost?”

To fit the formula the car needs to be visually appealing. The new 2014 tC’s styling borrows heavily from Scion’s top of the line FR-S. The longer, sloping hood adopts the FR-S front fascia styling, complete with attractive projector lights and LED accents. All of the 2014 tC’s come standard with a tuner styled 18 inch wheel and 225/45R18 tire combination. The rear of the Scion tC also borrows heavily from the attractive FR-S, replacing 2013’s sedate rear bumper with an attention grabbing contrasting painted bumper and matte black valance that is complimented by the new LED tail lamps.  The interior of the car is roomy and employs some attractive “metal look” plastics that are actually a lot nicer than they may sound. The racing styled front seats are firm and comfortable, keeping you firmly planted during more spirited driving.  The gauge cluster is efficient and has everything you would expect in an affordable compact. The 300-watt maximum output audio system includes a 160-watt Pioneer AM/FM/CD head unit, complete with a 6.1-inch LCD touch-screen display, and an additional 140-watt 2-channel amplifier supplying power to 8 very decent sounding speakers. Complimenting the Inputs for auxiliary audio and USB is standard Bluetooth connectivity, which worked flawlessly with my iPhone 5. After initially syncing my phone, which only took a minute without any instructions, the phone and radio worked together flawlessly. 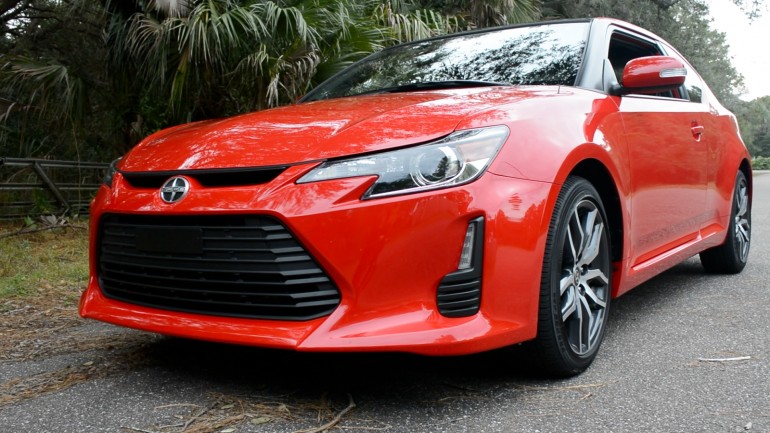 But as much as I appreciated the audio system the real treat for me in the new tC’s interior is the tilt/telescoping leather wrapped steering wheel. What can I say, I love this steering wheel. It is chunky and flat on the bottom, it reminds me of the racing video games from the arcades of my youth. And while a steering wheel may not make a car any faster or drive any better, it sure can make you feel like you are going faster! If you are reading this and are shaking your head I understand, this may have more to do with my love of simulated racing video games than anything else.

Yes, the styling of the 2014 tC may not be for everyone, but it is safe to say that Scion has produced an aggressive looking sports car that will turn some heads. I received numerous thumbs up and big smiles while driving it around town. On one morning the car formed a little crowd in the gym parking lot. Unsolicited compliments celebrated the bright red paint, the 18-inch wheels, the FR-S inspired styling, and the perceived value of the car. “It is only how much?” 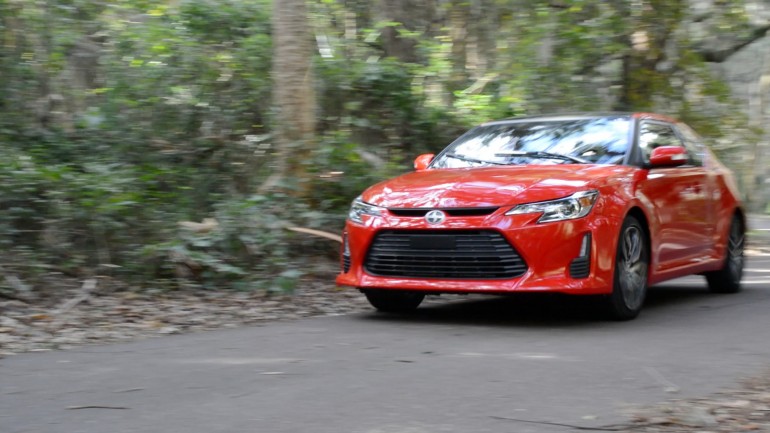 The original Japanese sports cars of the 70’s had noteworthy performance. I own a mostly original 1976 Datsun 280z. The car is in excellent mechanical condition and with the minor performance modifications I have made, she is faster and handles better than the day when she rolled off the production line 37 years ago. (Yes my car is a she and yes that is a little embarrassing) However, I would be dishonest if I said that the Datsun was a better performer than the tC. The Scion has a 2.5L inline four double overhead cam engine that is good for 179 horsepower and 172 ft-lbs of torque. Just for comparison, my 280z makes 170 horsepower and 163 ft-lbs. Sending the power to the wheels of the Scion in my test vehicle is the newly designed six speed automatic that can, according to Scion, “change gears nearly twice as fast as the previous model for both upshifts and downshifts.” The automatic also features the highly addictive Dynamic Rev Management technology, which Scion wisely adopted from the FR-S. Not only does this rev matching system provide a smooth yet aggressive, smile-inducing downshift, the technology limits driveline shock reducing wear and tear on the vehicle. While the TC may not beat any modern pony cars off the line, performance is quite adequate and the handling is reassuring. Along with the wide 18-inch tires, Scion has made numerous small, but cumulative handling adjustments that include “modifications to the stabilizer bar hardware, optimizing the shock absorbers, and increasing the body rigidity with additional spot welds.” 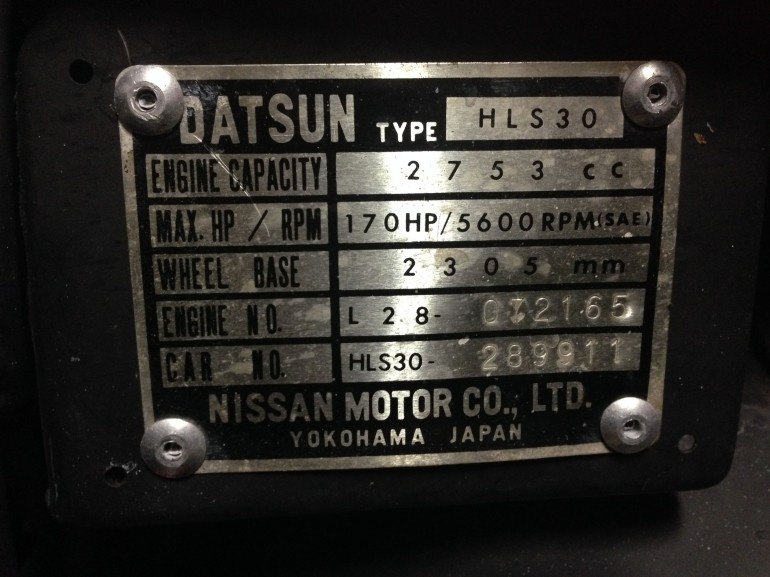 Entering a corner with a little gusto gives the Scion a chance to show off the stronger chassis and retuned electronic power steering. The tC corners without a lot of fuss, rewarding the driver with good grip and frankly, the desire to do it again. The large, for the car, four-wheel disc brakes provide excellent stopping power. A quick glimpse at the available performance options from TRD (Toyota Racing Division) reveals a great variety of available “go fast” goodies including lowering springs, performance intake and filter, even bigger brakes, a quick-shifter, strut braces, and more.

While we are mentioning Scion’s parent company Toyota, I think it is a great time to talk about the 2014 TC’s reliability. The Scion’s 2.5 L Inline 4 DOHC engine is the same unit found in Toyota’s legendarily reliable Camry. And honestly, whether you are a fan of imports or not, when you think of “bullet proof” engines it is hard not to put the Camry’s strong running 2.5L close to the top of the list. Although the drive train and hard earned Toyota reputation alone does not mean that the Scion will prove to be reliable in the future, the pedigree and two year or 25,000 mile service that comes standard with the car should help ensure that the tC gets a fighting chance. 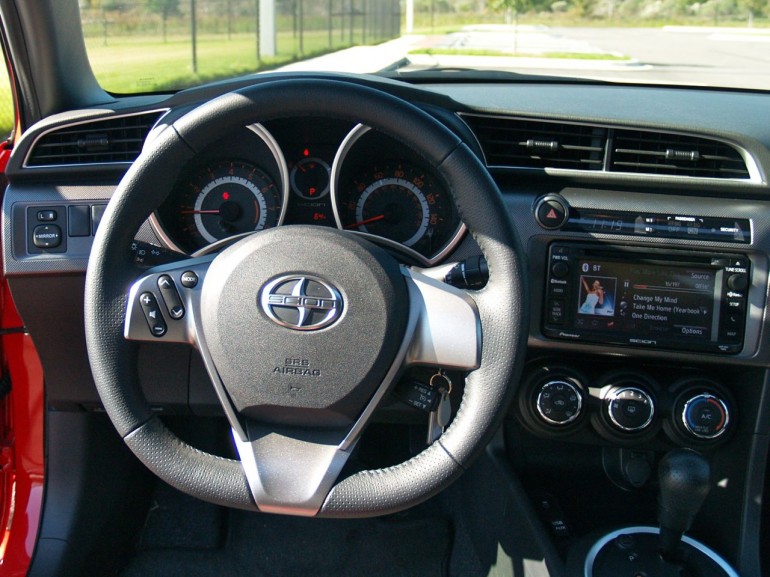 Finally, it is important to consider the cost of the 2014 Scion tC.  The new tC starts at $19,965 for the manual and $20,965 for the automatic. Scion’s pricing model is fairly simple, almost everything comes standard on the car at this price. The one exception on the car that I reviewed was the optional all new BeSpoke Premium Audio system featuring Aha™. This upgrade adds functionality to the already existing Pioneer system and includes full navigation, as well as the ability to connect compatible smart phones through Aha to access 30,000 free audio stations, including Scion’s own signature station featuring a lineup of its 17 music channels and location based services like Yelp and TripAdvisor. The 2014 Scion tC is affordable, but the car certainly has numerous competitors that deserve a peek before settling on a purchase. I also want to note that while the back seat is very spacious for a car of this size, a couple of my passengers mentioned the road noise level during a longer road trip. Although it is biased, Scion has designed a nice webpage title “Feature Fight” that compares the 2014 with five of the cars rivals. I have included the link below, and if you are considering making the 2014 Scion tC your next vehicle, it is definitely worth the visit.