Dom DeLuise, the comical actor known in the automotive enthusiast community as the big funny guy, starring in “The Cannonball Run” movie alongside of Burt Reynolds, died today at the age of 75. 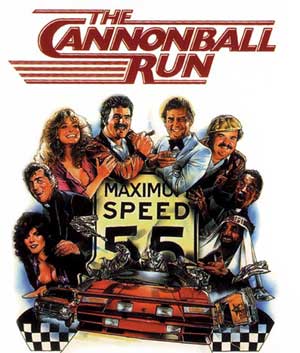 “I was thinking about this the other day,” Reynolds said in a statement released to TVGuide.com. “As you get older, and start to lose people you love, you think about it more, and I was dreading this moment. Dom always made you feel better when he was around and there will never be another like him. I never heard him say an unkind word about anyone. I will miss him very much.”

He will surely be missed!

LOS ANGELES, California (CNN) — Dom DeLuise, who spiced up such movies as “Blazing Saddles,” “Silent Movie” and “The Cannonball Run” with his manic delivery and roly-poly persona, has died, his son’s publicist told CNN.

Publicist Jay Schwartz did not disclose the cause of death, but DeLuise, 75, had been battling cancer for more than a year.

DeLuise was most famous for his supporting roles in a number of Mel Brooks films, including 1974’s “Saddles” — in which he played a flamboyant musical director who led dancers in a number called “The French Mistake” — and 1976’s “Silent Movie,” in which he played the assistant to Brooks’ director Mel Funn. He was also in the Brooks-directed “The Twelve Chairs” (1970), “Spaceballs” (1987) and “Robin Hood: Men in Tights” (1993).

But he could also assay more serious roles, most notably in the 1980 dark comedy “Fatso,” directed by Brooks’ wife, Anne Bancroft, in which he played an overweight man trying to wean himself from comfort food.

Dominic DeLuise was born in Brooklyn, New York, on August 1, 1933. In the 1960s he had bit parts in a handful of movies, including “Fail Safe” (1964), but became well known as a regular on “The Entertainers” and a Dean Martin variety show. He had his own summer replacement show in 1968 and was a regular on Glen Campbell’s “Goodtime Hour” in 1971-72.

DeLuise had three sons — Peter, Michael and David — who all became actors.

His wife of 40 years, actress Carol Arthur, appeared in several movies with him, including “Blazing Saddles” and “Silent Movie,” according to DeLuise’s Web site.

A frequent collaborator with DeLuise, Burt Reynolds released a statement to “Entertainment Tonight” on his friend’s death.

“I was thinking the other day about this. As you get older you think about this more and more, I was dreading this moment. Dom always made everyone feel better when he was around. I never heard him say an unkind word about anyone. I will miss him very much,” Reynolds says.