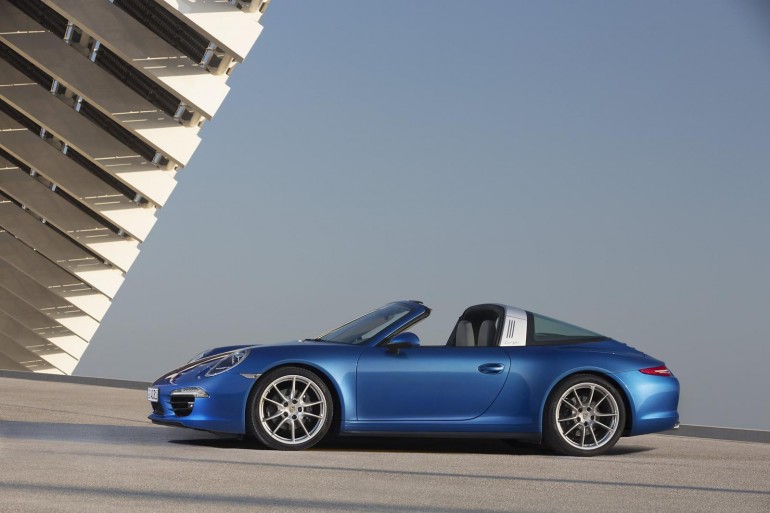 The Porsche 911 Targa made its unique roof known to enthusiasts back in the 1960’s and now the specialized and versatile convertible has made a return for the 2014 model year. The old roof technology has been made new all over again with the addition of a 350-horsepower 3.4-liter flat-six powering the 911 platform for starters. 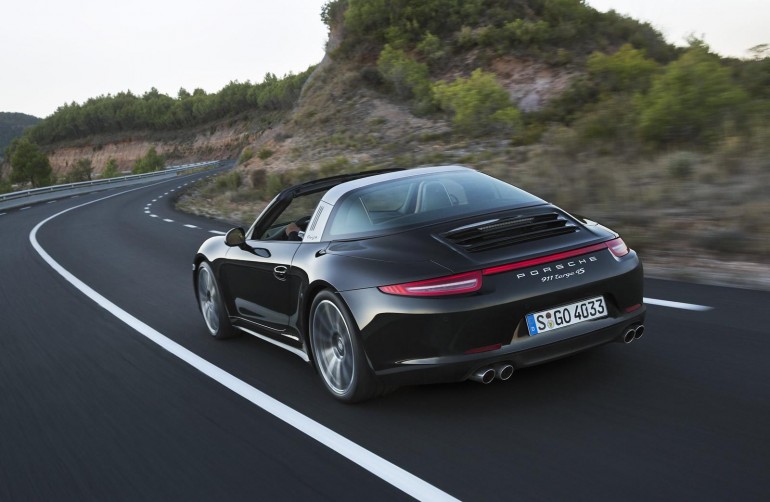 The world premiere of a modern classic

Atlanta. At the North American International Auto Show (NAIAS) in Detroit, Porsche is introducing two new models to the 911 range: the 911 Targa 4 and 911 Targa 4S. These models are the first to combine the classic Targa concept with cutting edge, innovative roof technology. Just like the legendary original 911 Targa of 1965, the new models feature the distinctive Targa roof bar, a movable front roof section, and a wraparound rear window. But unlike the classic 911 Targa, the roof segment can be opened and closed at the push of a button. The fully automatic roof system stows the Targa top behind the rear seats.

Both 911 Targa models exclusively come in AWD version, featuring the wider rear track and body, and the same Porsche Traction Management (PTM), found in all 911 all-wheel-drive models. It is an active all-wheel-drive system that helps to ensure the optimal distribution of drive power for optimum traction in most road scenarios, whether on long straights, through tight corners, or on surfaces with different friction coefficients. The combination of the wide body, the Targa bar, and the wraparound rear window results in an extremely sporty and low-slung profile.

Porsche Cars North America, Inc. (PCNA), based in Atlanta, Ga. is the exclusive U.S. importer of Porsche sports cars, including the Macan and Cayenne SUVs and the Panamera sports sedan. Established in 1984, it is a wholly-owned subsidiary of Porsche AG, which is headquartered in Stuttgart, Germany, and employs approximately 220 people who provide parts, service, marketing and training for 189 dealers. They, in turn, work to provide Porsche customers with a best-in-class experience that is in keeping with the brand’s 63-year history and leadership in the advancement of vehicle performance, safety and efficiency.

At the core of this success is Porsche’s proud racing heritage that boasts some 30,000 motorsport wins to date.