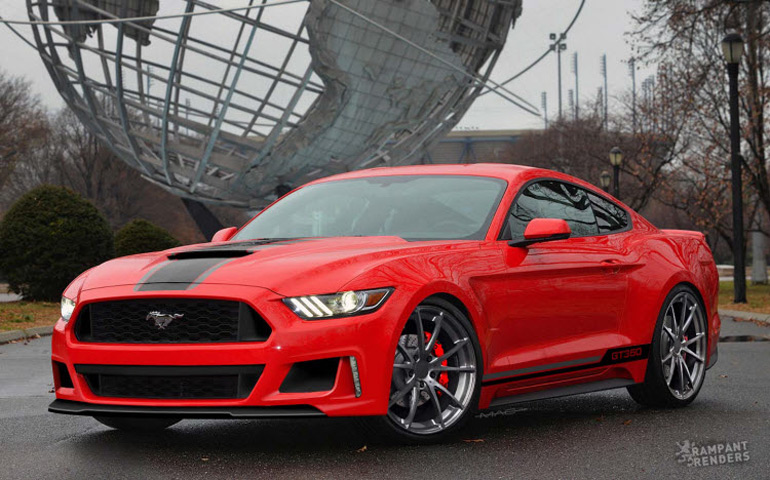 The internet is already a-buzz of what we should expect from performance variations of the new 2015 Ford Mustang coming out of the SVT group. Already we have heard the whirlwind of noise surrounding what is to come of the GT350, a successor to the Boss 302 that some of us swear is the best handling and track-capable mustang ever.

In recent features from various sources we have gathered that the 2016 Ford Mustang GT350 will bear the Shelby name but is still a justifiable creation of SVT. The same “S550” 2015 Mustang platform will underpin the GT350 with a modified version of the 5.0-liter V8 said to rev near 8,000 rpm and produce 550 horsepower. Power will be directed through a manual transmission only with a limited-slip differential but not forgetting all of the dolled-up suspension bits, cross-drilled carbon-ceramic brake rotors, 19-inch Michelin Pilot Super Sport summer performance tires and functional hood and fender vents. You rather get the idea here, the GT350 is gunning for the Camaro Z/28 – and anything else standing in its way from the likings of Dodge SRT and potentially some of its German contenders.

This is an exciting time to potentially see a fresh variation of the Mustang to one-up the outgoing Boss 302. Stay tuned while we gather additional information as it becomes available.