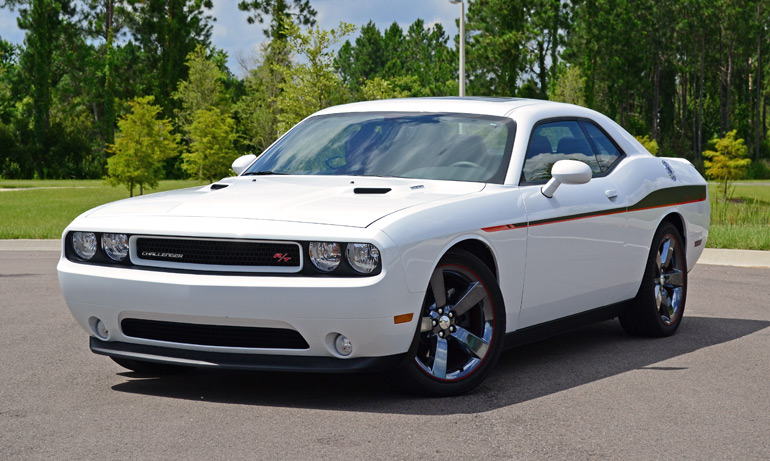 The Dodge Challenger in its current form has been a true American tribute and homage to the muscle car era, which has been ushered in from all directions of the big 3 here in the USA. The latest Dodge Challenger, due out this fall, gets a few minor tweaks my means of its several models and trims to individualize each vehicle to a consumer’s liking. Having spent some time behind the wheel of the 2014 Dodge Challenger R/T Redline, taking a break from the all-out-performance SRT models, it proves the basis of the Challenger as an eager mainstream muscle car for the masses. 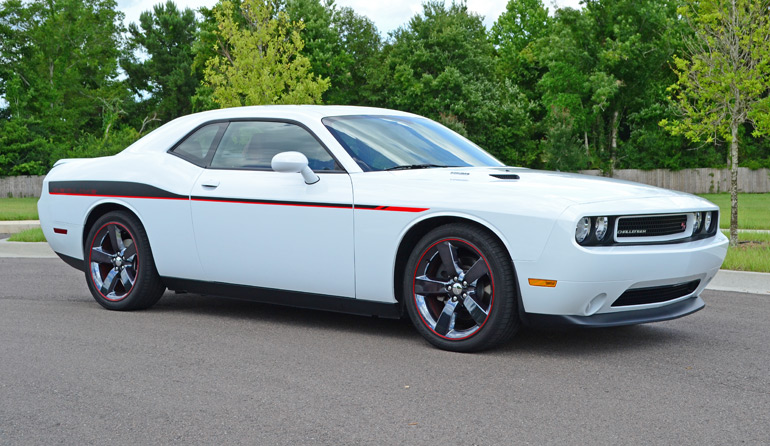 With the current Dodge Challenger R/T getting the proven 5.7-liter HEMI V8 engine producing 375 horsepower and 410 lb-ft of Torque, there is plenty to play with. The road mannerism of the Challenger is somewhat confident inspiring, apart from the subtle boat-loafing-around-feeling you get at times from the suspension. It is not saying the Challenger R/T handles terribly; it just doesn’t give the driver all that much confidence in really pushing it near its lateral handling limits, where those limits can easily be found considering it tips the scale at 4,082 pounds. Though, the track-tuned suspension found on my Challenger R/T Redline test vehicle was an improvement over the normal setup for those spirited drives on local back roads. 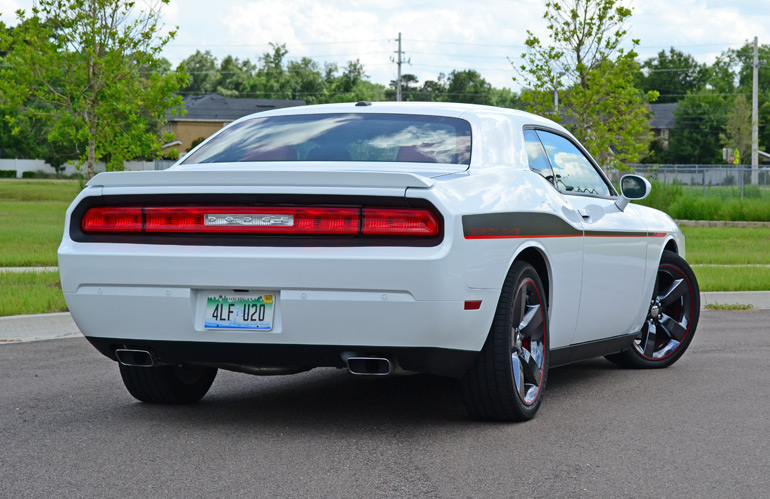 The benefits of the 2014 Dodge Challenger R/T remain to be its muscle car features and true attributes to being an average sport car contender. As one of America’s retro-styled muscle cars, the Challenger carries its design makeup quite well without leaving many details to be desired. Inside the Challenger’s interior it is large enough to fit 4 adults comfortably. Having much of its chassis bases come from the Charger and Chrysler 300, the Challenger isn’t short on space with the exception of some rear seating legroom being clipped only due to it being a 2-door vehicle. The interior appointments are a bit lackluster in the luxury department, as expected, whereas the red leather upholstery, as part of the R/T Redline edition package, exudes an interior more appealing than normal, lesser trimmed Challengers. Many of the interior controls along the wide padded dashboard with several plastic trim pieces are now somewhat dated. Additionally, the navigation infotainment system with its mundane 6.5-inch LCD touchscreen leave a lot to be designed having experienced the much-improved 8.4-inch unit found on the new Dodge Charger. 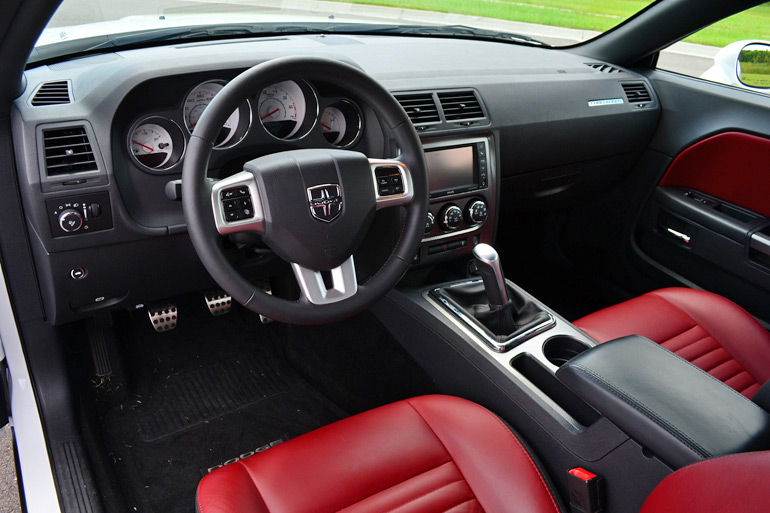 Having had a chance to take my 2014 Dodge Challenger R/T Redline edition to a local Main Street Cruise night, it was evident and a quant reminder of where the Challenger fits in. Among other American muscle cars, old and new, the Challenger stands proud by its looks alone. The larger 20-inch red-accented black-chrome wheels and its lower stance from its track-tuned suspension set off the aggressive demeanor of the Challenger. Backing up the charge comes by the way of its 5.7-liter HEMI V8 engine directing power through a standard 6-speed manual gearbox and optional 3.92 ratio rear axle. Together, performance is decent sending the Challenger R/T Redline to 60 mph in about 5.5 second. Never does the Challenger R/T lack the ability to keep up with its brethren in the scope of mid-trim-level pony cars. 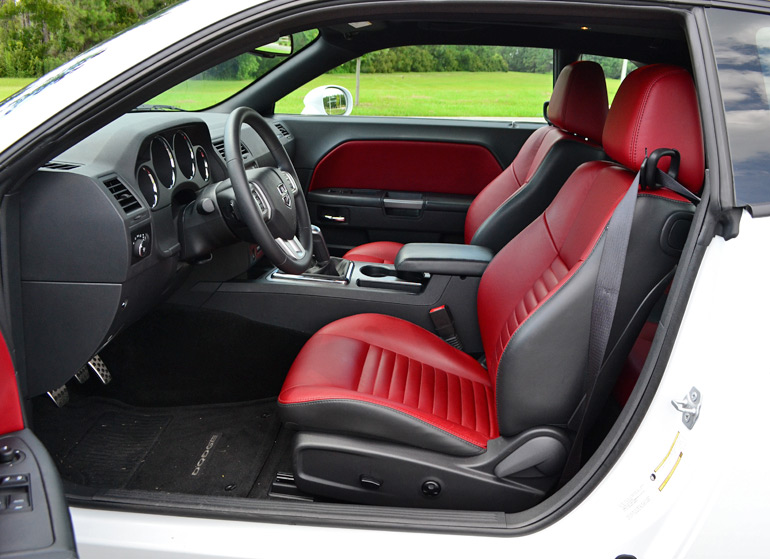 On the economical side of things, the Challenger R/T with the 3.92 ratio rear end and 6-speed manual transmission, gets an EPA estimated 15 mpg city and 23 mpg highway, a slightly diminished figure for the performance-yielding 5.7-liter V8 engine over V6-equipped Challengers. I was able to beat out those figures on a few occasions, but not by much getting just 24.2 mpg on the highway and 15.5 in some stop-and-go downtown traffic. Prudent to the amazing 6-speed manual gearbox in the Challenger R/T, it is a joy to masterfully bang through the gears. The pistol-grip manual shifter fits like a glove and can be rowed with confidence landing each gear perfectly through the rpm bands shifting right at redline. Clutch pedal feel is pretty much spot-on also, as is steering feel from the hydraulic assisted rack for a vehicle of this size. Many of the driving characteristics are reminiscent of what an American muscle car should feel like and how it should behave. No doubt, some of those characteristics come with a bit of drama due to the Challenger’s sheer size and weight, which I iterated previously. There really is no getting around that factor, but it sure is fun to sort out the massive wheel spin and mild drifting when you disable the traction control and stability control via a couple-seconds of touching the proper dashboard-button. Basically, the traction/stability control disable button is the fun-insinuator and gateway to large plumbs of smoke from the rear 245/45R20 all-season performance tires. 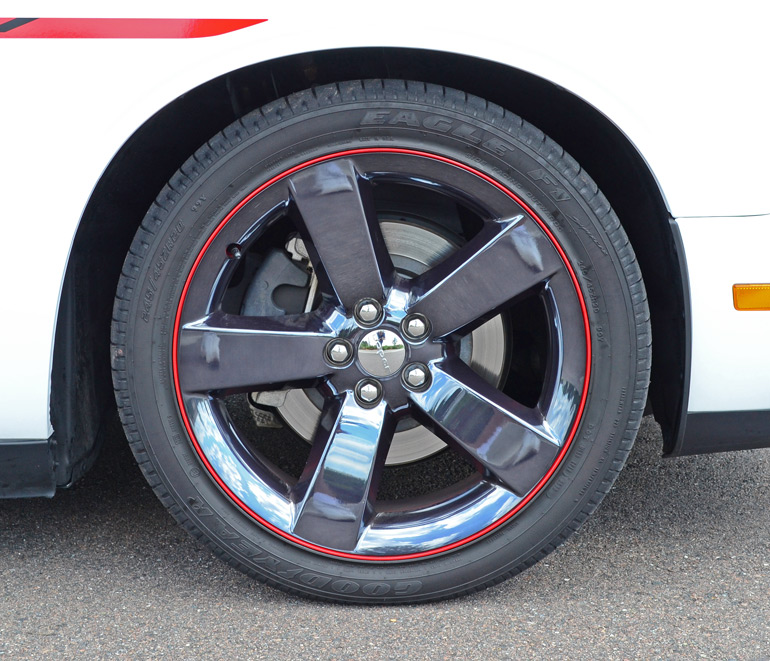 Probably one of the more attractive attributes of the 2014 Dodge Challenger R/T Redline come in its bottom line pricing where my well-optioned test vehicle came in at an as-tested $38,870 including a $995 destination charge. For the power output, unique-to-its-heritage American muscle car looks, large interior space and fun-factored manual transmission mated to its 5.7-liter HEMI V8 engine, the 2014 Dodge Challenger R/T Redline proves to be a highly sought-after value with lots of fun to boot. Now, bring on the 707-horsepower 2015 Dodge Challenger SRT Hellcat.