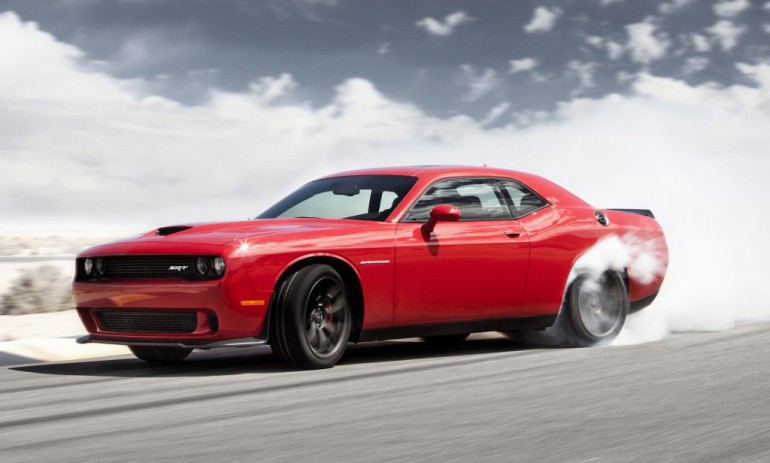 In our world, our breaking news usually starts with a horsepower figure and ends with some tire smoke. Well, that is exactly what we are reporting today as Dodge releases the official horsepower figure of the all-new 2015 Dodge Challenger SRT Hellcat to be 707 horsepower and 650 lb-ft of torque. Not a typo folks! We know we reported that the Challenger Hellcat would get ‘more than’ 600 horsepower, but who knew it would be a number as big as 707 hp? Yeah, that’s a lot… get out your check books now, this one is going FAST, literally! This is the most powerful —- whatever, from the factory. Actually, there are only about four other current production vehicles with more power.

Dodge Challenger SRT Hellcat Is The Most Powerful Muscle Car Ever — 707 hp!

In addition to the awe-inspiring 707 horsepower of the new Hellcat HEMI, the new 2015 Dodge Challenger SRT Hellcat has been redesigned and totally re-engineered to be the most true-to-form muscle coupe on the market with performance-enhancing technologies inside and out, including the new TorqueFlite eight-speed automatic transmission and an all-new interior inspired by the classic 1971 Challenger.

The 2015 Dodge Challenger and Challenger SRTs are built at the Brampton, Ontario, Assembly Plant and will start arriving in Dodge dealerships in the third quarter of 2014.