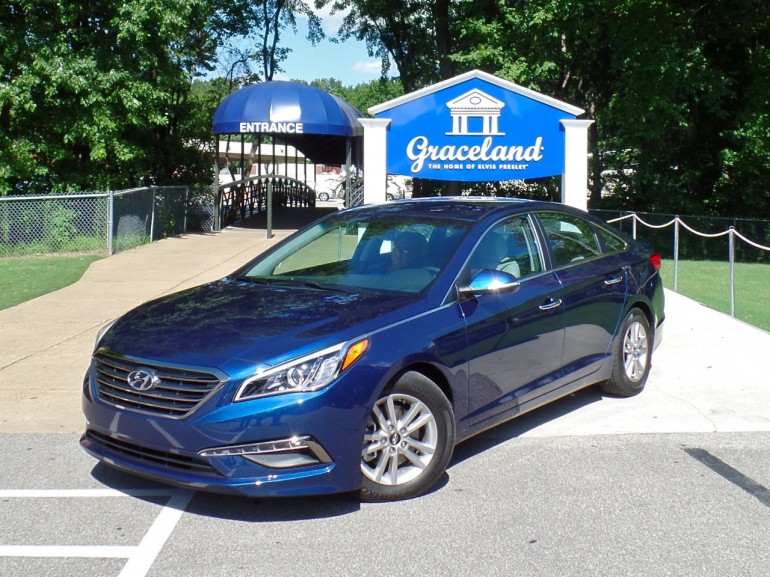 Elvis Presley has always fascinated me.  The lasting effect that Elvis has made on pop culture during his brief 42 years on earth is unprecedented.

Not only is he known as “The King of Rock of Roll” and continues to hold the title of the best selling solo artist of all time, Elvis served in the U.S. Army and generously supported hundreds of charities.

Of course, like every Elvis fan I have always wanted to make the pilgrimage to Graceland. Therefore, when Hyundai invited me to Memphis, Tennessee to test drive the all-new 2015 Sonata, I was quick to accept, hoping that the time in the “Home of the Blues” and the “Birthplace of Rock and Roll” would include a trip to visit the final resting place of The King. 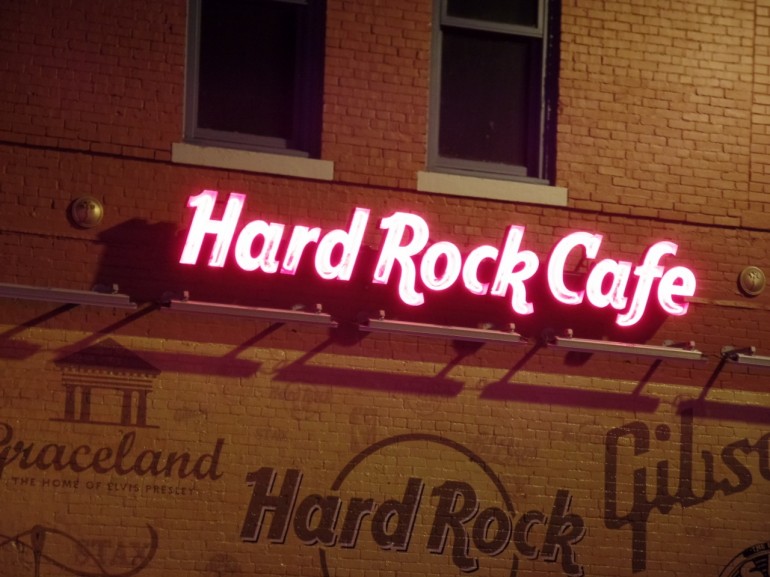 First introduced to the US market in 1989, the Hyundai Sonata has established itself as a solid contender in the highly competitive mid-size sedan market. Once considered by many to be a boring bargain brand, the past five years have been revolutionary for the company. Hyundai has made leaps in the areas of quality, style, safety, and performance. I will never forget the first time I saw the sixth generation Sonata in person. I was with my family at the Jacksonville Landing river front parking lot and spotted what I thought was a bravely styled brand new European sedan. When I approached the car and saw the Hyundai badging I had to do a double take. Yes, I had seen the pictures and watched the commercials, but in person the car was even better than I even imagined. 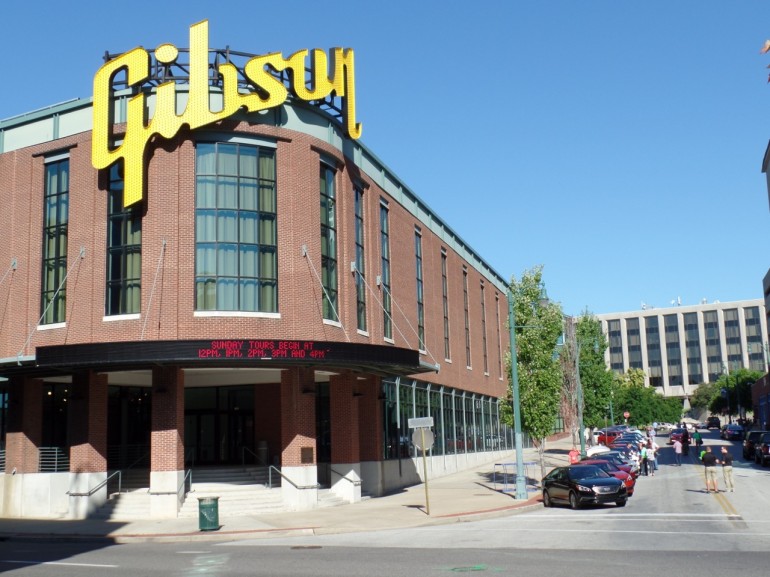 Now in it’s seventh generation, Hyundai has taken a slightly softer, more refined approach to the styling by employing what the company has termed a “Fluidic Sculpture 2.0” design language. The 2015 Sonata rounds off many of the sharp edges of the sixth generation model, producing a vehicle that is still attractive, but less polarizing. In the simplest terms, the seventh generation Sonata does a better job blending in. 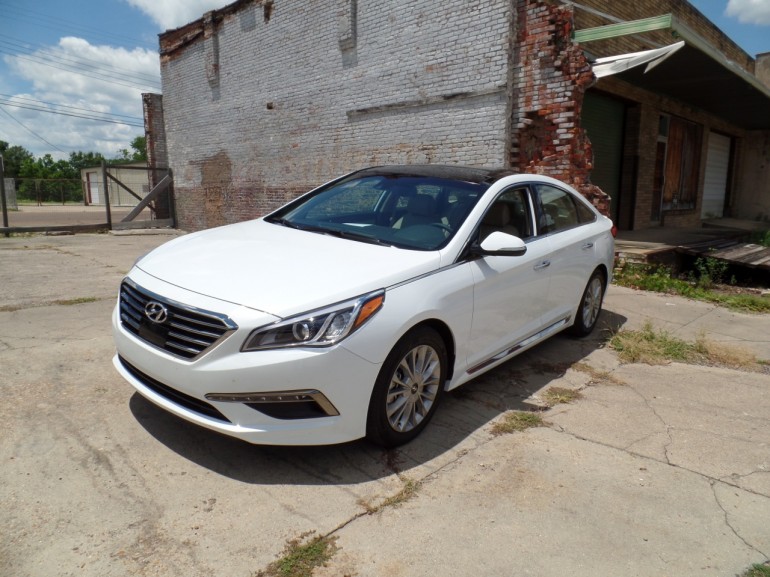 The 2015 Sonata is available in five trim levels, powered by three different four-cylinder engines. The SE, Sport and Limited models use a revised naturally aspirated 185-hp 2.4-liter and the ECO model employs a fuel-efficient turbocharged 177-hp 1.6-liter. The top of the line Sport 2.0T model is fitted with a turbocharged 245-hp 2.0-liter. The 2015 Sport 2.0T 2.0 drops 29 horsepower from the outgoing 2014 model and performance is noticeably diminished, but the smaller turbocharger has some upsides as the maximum torque power-band now extends all the way down to 1,350 rpm and average fuel economy is slightly increased. Hyundai has paired the 2.4 and the 2.0 turbo with a smooth shifting six-speed automatic, the 1.6 gets a seven-speed dual-clutch unit. The hybrid model continues with the sixth generation specs until 2016. 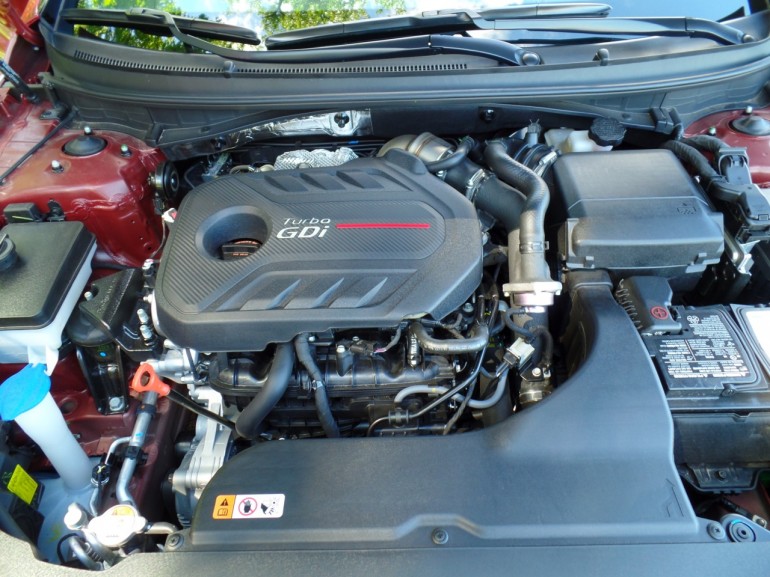 The all-new Sonata’s ergonomic interior is efficient and visually pleasing. Hyundai has gone to great lengths to make sure that the 2015 model is second to none in the competitive mid-size market at each price point, even meeting with suppliers to guarantee that all of the cars buttons and switches would have a consistent feel. Listening to Brandon Ramirez, senior group manager of product planning, describe the research and development that Hyundai put into the steering wheel alone was enough to realize that the manufacturer has strived to create a comfortable, reliable, driver oriented vehicle that has a strong emphasis on occupant safety. 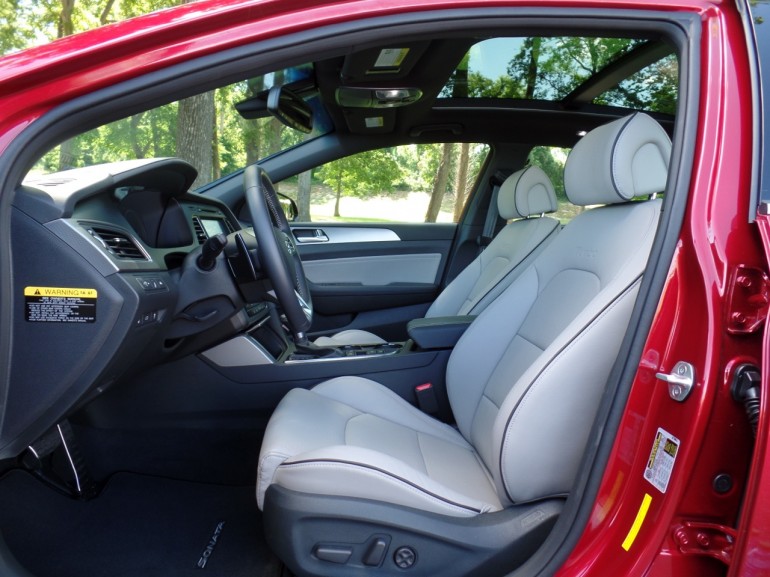 Front seating is comfortable and roomy and while the rear seating is excellent for two adults, I learned the hard way that trying to squeeze three grown men in the back just doesn’t work. I do feel that a family with three small children would find the rear area adequate and the materials that Hyundai has chosen for the seating surfaces appear to be well constructed and should resist wear. 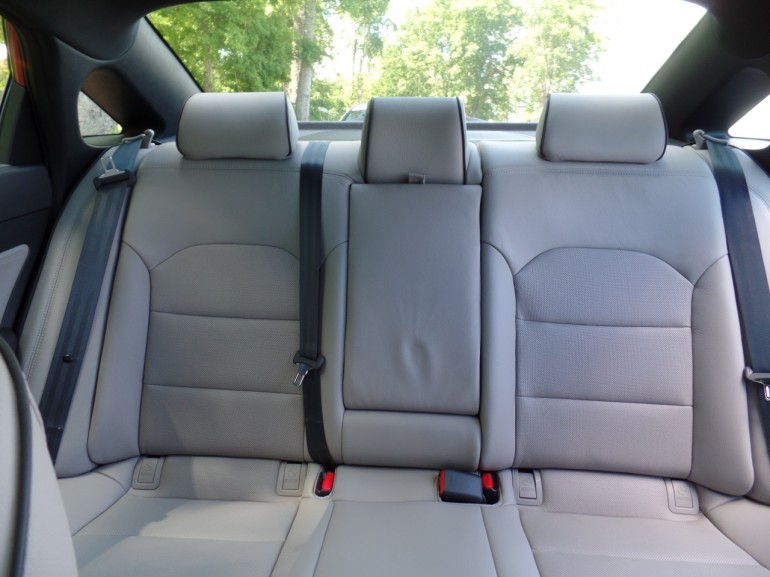 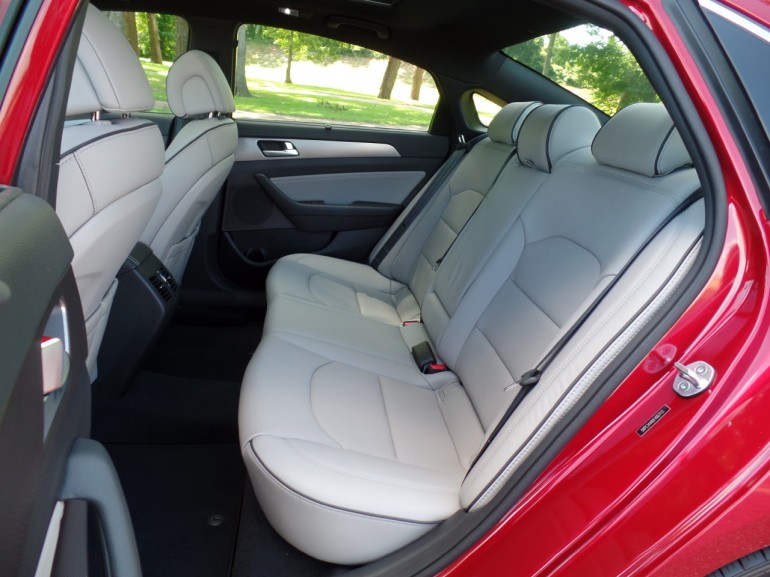 Driving the 2015 Sonata through the twisty back roads of Tennessee and Mississippi was a treat. The Sport 2.0T that I spent the majority of my time behind the wheel of had a slight amount of torque steer that enhanced the enthusiast driving experience. With Sport Mode engaged, the Sonata showed off its stiffer sub-frame bushings and revised multilink rear suspension, which replaces 2014’s single lower suspension arm with dual arms that help distribute lateral forces improving ride quality, making the Sonata more stable under hard braking, and improving stopping distances. 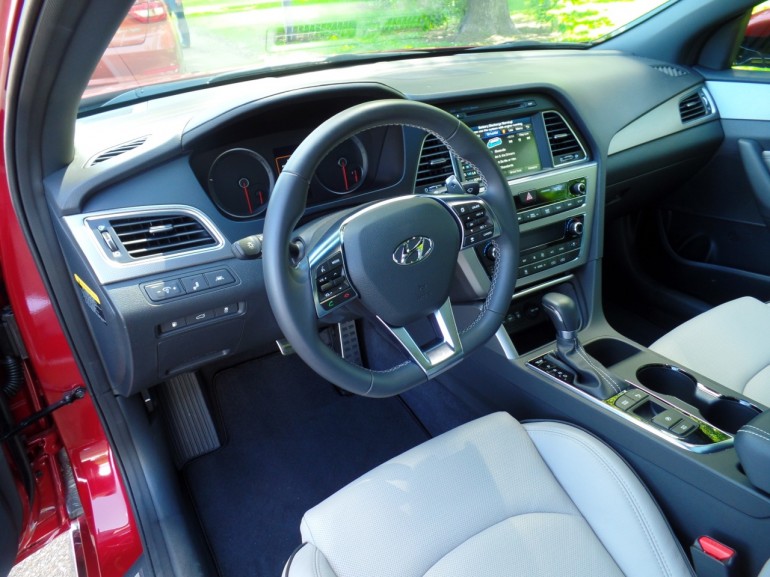 All Sonatas come standard with seven airbags, including a new driver’s knee airbag that acts much like a five-point race harness, keeping the driver from sliding down the seat in a collision. The typical electronic safety features that you would expect to find in a modern mid-size sedan, including electronic stability control, vehicle stability management, traction control, ABS and a tire pressure monitoring system come standard as well. The Hyundai Sonata can also be equipped with advanced active safety technologies such as blind spot protection, rear cross traffic alert and a lane departure system. When equipped with the optional forward collision warning system, the 2015 Hyundai Sonata achieved the highest Insurance Institute for Highway Safety designation, Top Safety Pick+ overall. 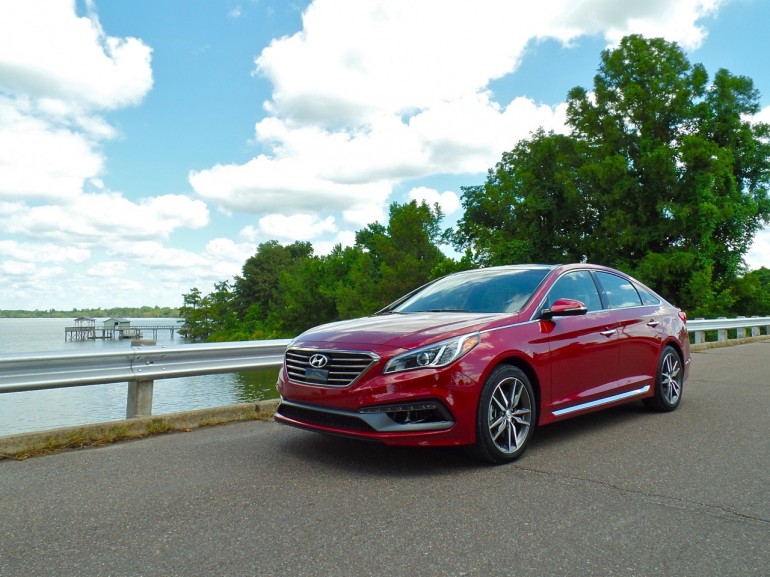 Certainly worth mentioning is that all Hyundai’s sold in the US are covered by the Hyundai Assurance program, which includes a 10-year/100,000-mile powertrain limited warranty, a 5-year/60,000-mile transferable new vehicle limited warranty, and five years of complimentary roadside assistance. 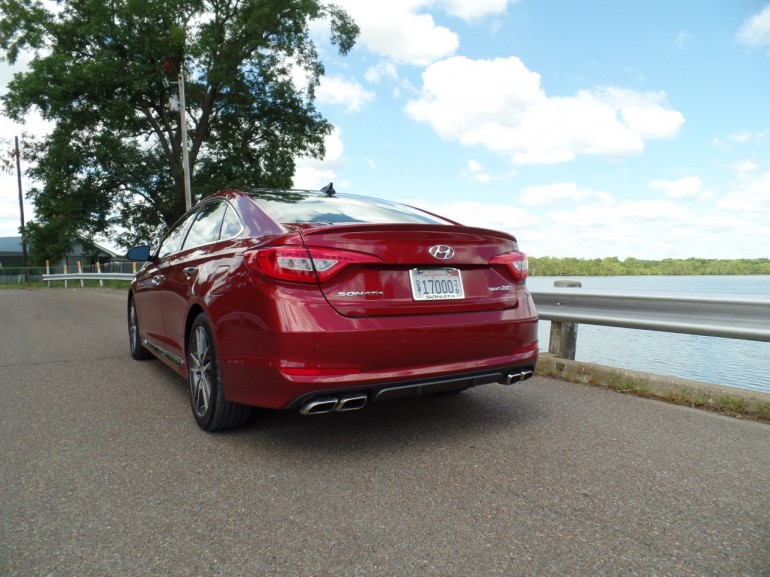 Pricing for the all-new 2015 Hyundai Sonata begins at (not including $810 freight charge): 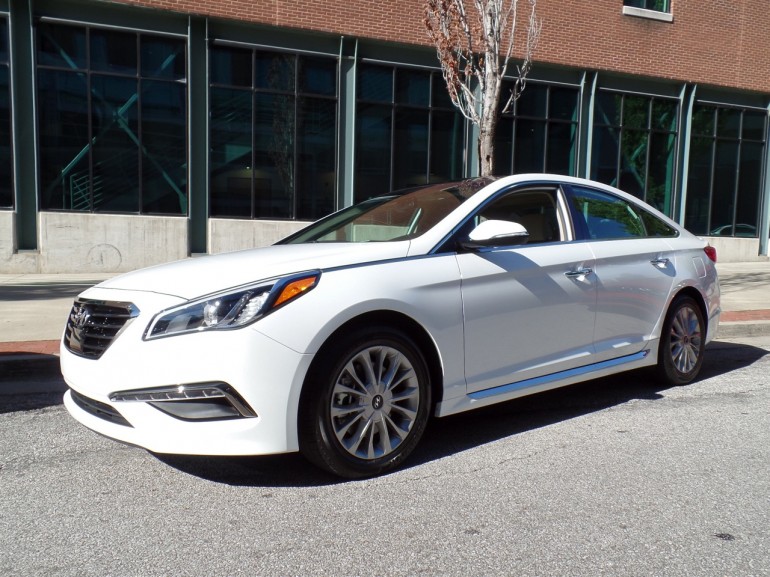