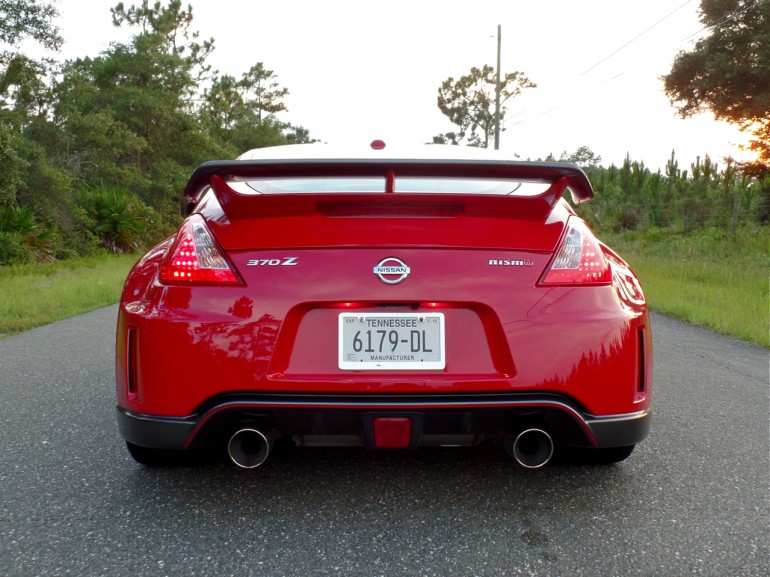 The 2014 Nissan 370z NISMO edition adds a massive rear wing spoiler to further disrupt the already limited rear window real estate. Needless to say, without some additional help, backing up the Z takes a bit of guesswork, potentially life threatening kind of guesswork that we would rather avoid. The backup camera LCD built into the rearview mirror changes everything. Nissan has thoughtfully provided that perfect companion who, and this is a metaphor of course, tirelessly stands behind the car and waives his or her hands like an aviation boatswain’s mate on the deck of an aircraft carrier.

Take a look at the photos below to see just how much of a difference the camera really makes.

NO CHILDREN WERE HARMED IN THE MAKING OF THIS ARTICLE!!! 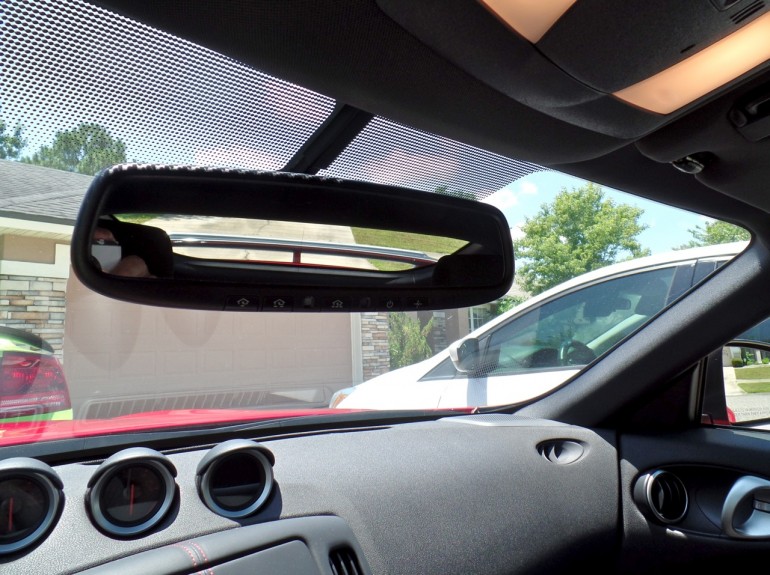 Impossible to see anything directly behind the car. 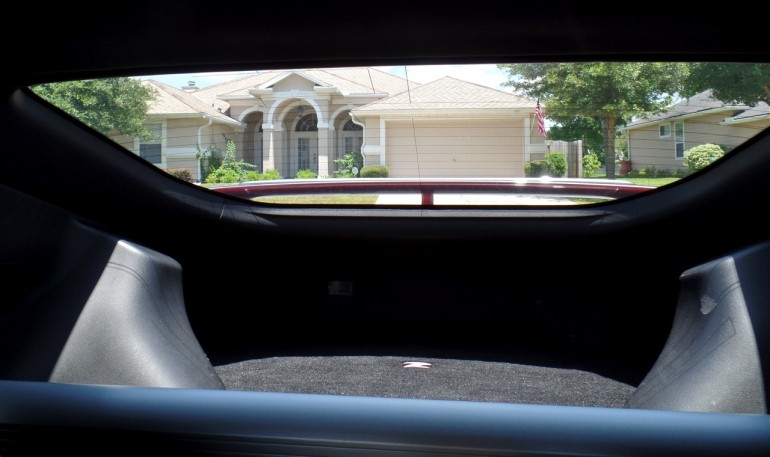 Twisting your melon around doesn’t improve things much.

Stick the transmission in reverse though and… 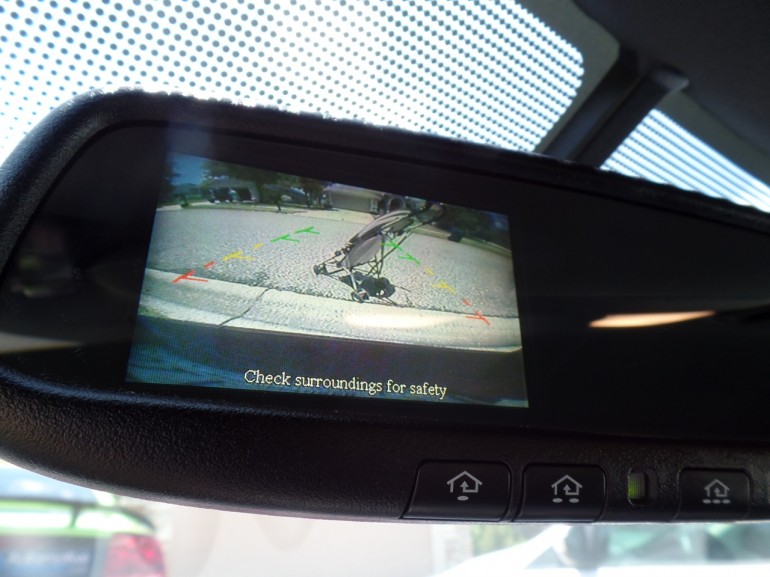 Of course, the mirror still acts like a traditional rearview mirror as well. And the best part is that if it breaks, it still works (as a traditional mirror). 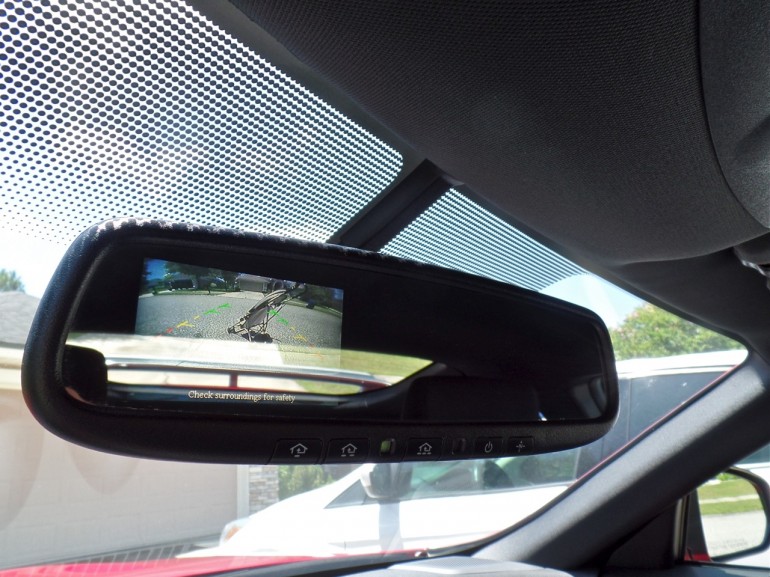