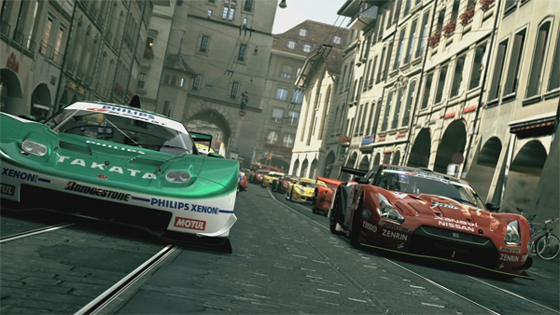 All you car-loving-gamers out there take a look at what we have here.

Gran Turismo, the racing franchise that helped launch the PlayStation into over-drive and delivered car enthusiasts with a new dynamic outlook on “driving” and pure “entertainment”. The latest to join the lineup in this decade old franchise is Gran Turismo 5. Not the Prologue version that was released over a year ago for the PS3, but the newest installment that will include hundreds of cars and classic tracks such as Trial Mountain.

In addition to Gran Turismo 5 is the PSP version of the new game, Gran Turismo PSP. With 800 cars and 35 tracks to choose from, the PSP has a new lifeline that will be attached to it come October of this year (2009).

Polyphony Digital is world renowned. They even helped develop the display systems for the new Nissan GT-R… How cool is that? These guys do not mess around and president Kazunori Yamauchi is sure to see this be one of the better, if not THE BEST, racing games to hit a gaming console.

Is that a Nascar vehicle I see on the images? Why yes it is. You can’t call this a riced-out or boy-racer game, this is the real deal and probably as close as you can get to having your own set of keys to some of the hottest cars around. I am sure together Sony and Polyphony will see to it that the previous statement stays true. WE shall see sometime in October. Stay Tuned!