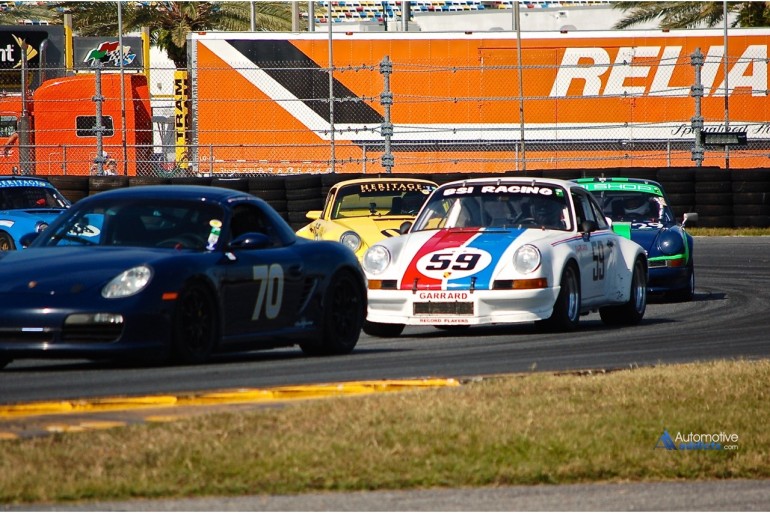 In 1966, in the midst of a ferocious battle between Ford and Ferrari, race promoter “Big Bill” France recognized the environment was ripe for extending his already successful 12 Hour Daytona Continental and on February 5th the 24 Hour Daytona Continental was born, establishing the event as one of the toughest endurance races in the world. Shelby American brought three new 427-cubic-inch powered Ford GT40 Mark IIs and ruled the day, finishing first, second, and fifth. Another Mark II, fielded by Ford’s NASCAR team took third, allowing the US manufacturer to own victory lane. US dominance of the 1966 race was a source of pride for our country, but it was the team that finished 10th overall and 3rd in the Sports Class in the inaugural 24 Hour race that was the pride of Jacksonville. 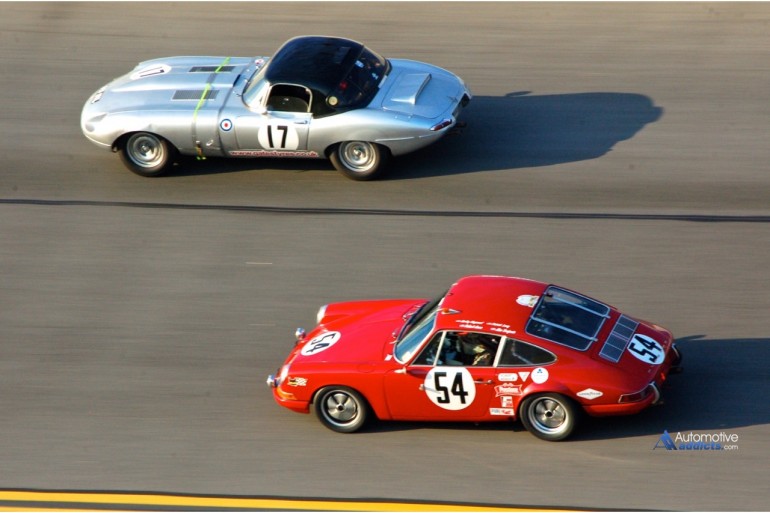 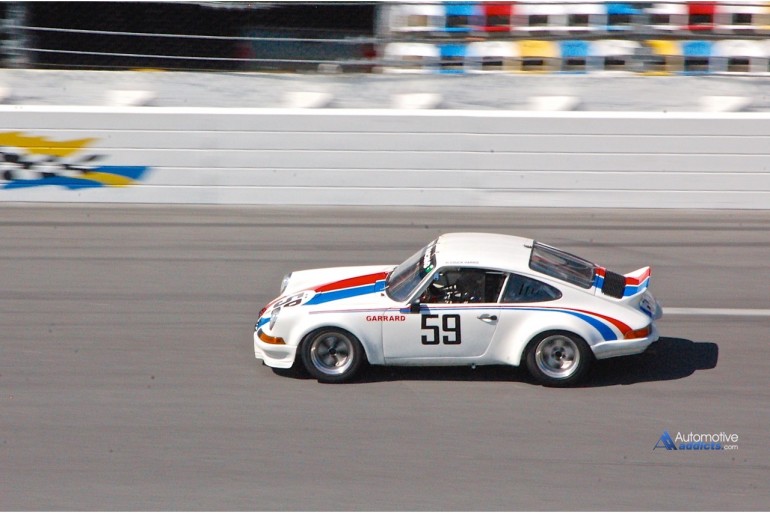 Peter Gregg and the Brumos team would go on to dominate the 24 Hours of Daytona in the 1970s. Fielding a 911 Carrera RSR driven by none other than five-time 24 Hour of Daytona champion Hurley Haywood Brumos took the checkered flag in 1973 and 1975 and won the 1978 race in a Porsche 935-77A with Rolf Stommelen and Toine Hezemans sharing the drivers seat. Gregg also won in 1976 as a BMW driver. St. Augustine resident Haywood would win the 1977 race in a Dave Helmick sponsored 911 and again in 1979, when the event was renamed the 24 Hour Pepsi Challenge, that time behind the wheel of a Ted Field Porsche 935-79.

When Historic Sportscar Racing announced the inaugural Classic 24 Hour would be held at the world famous Daytona International speedway from November 12-16, 2014, showcasing some of the world’s greatest endurance race cars from the past five decades driven by many of the legends who whose names are proudly painted on the roof panels, it seemed only fitting for Brumos to return as a sponsor. Equally appropriate, but even more exciting, was the fact that local Hurley Haywood would reprise his role behind the wheel of a Group A 1967 Porsche 911S that finished first in GT and 9th overall at the 1967 24 Hour Daytona Continental and spend some time piloting a Group C 1990 Porsche 964 Cup.

The event took place over five days, the first three consisted of car testing on Wednesday, Thursday and Friday practice, qualifying sessions, and races, all leading up to the actual 24-hour race that would begin Saturday at 1 p.m and finish a grueling continuous racing filled 24-hours later. The field of vintage and historic vehicles was majestic. The 1965 Lola T70 Mk1, 1970 Ferrari Daytona 365 GT, and 1973 BMW CSL balanced out the 1999 Dodge Viper GTS-R, 2009 Riley Mk XXII Daytona Prototype, and 2009 Audi R8, making sure there was something for everyone to drool over. 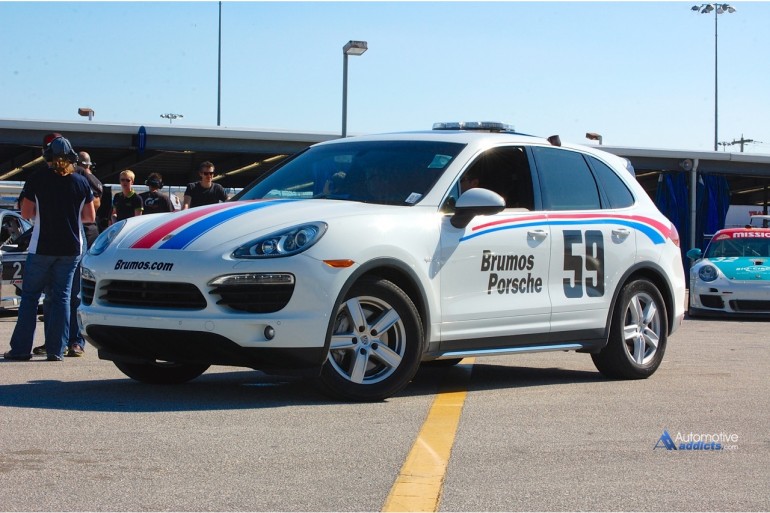 And while many of those sessions had different historic vehicles with storied racers behind the wheel, one vehicle remained the same, the hometown hero Brumos pace car, a number 59 emblazoned 2014 Porsche Cayenne Hybrid.

“It was a great event for sure.” As Brumos Porsche general manager Ray Schaffer reflected on the event it was obvious that dealer’s involvement in the Classic 24 went far beyond advertising. Racing at Daytona continues to walk hand in hand with the ethos of the dealership and Schaffer’s love for the venue and its history are inspiring.

“It was really cool to get to see the (Porsche) 935s belching flames like they do and for the brake discs to be glowing red at night time. To be able to race like that at night is amazing and Daytona is an appropriate place to do it. You look at the cars over the years that have been named after that place, the Daytonas, the different Ferraris and Dodges. There is so much automotive history at Daytona, so much has been inspired by that place.

The 380 horsepower 2014 Porsche Cayenne Hybrid made a stunning visual, but the vehicle was chosen for its practicality and versatility. Being the pace car for a 24-hour race takes a unique vehicle, especially on the banked track of Daytona. The Brumos team examined the Porsche line-up and found that the hybrid version of Porsche’s extremely capable SUV provided the perfect balance of fuel economy, utility, and performance. 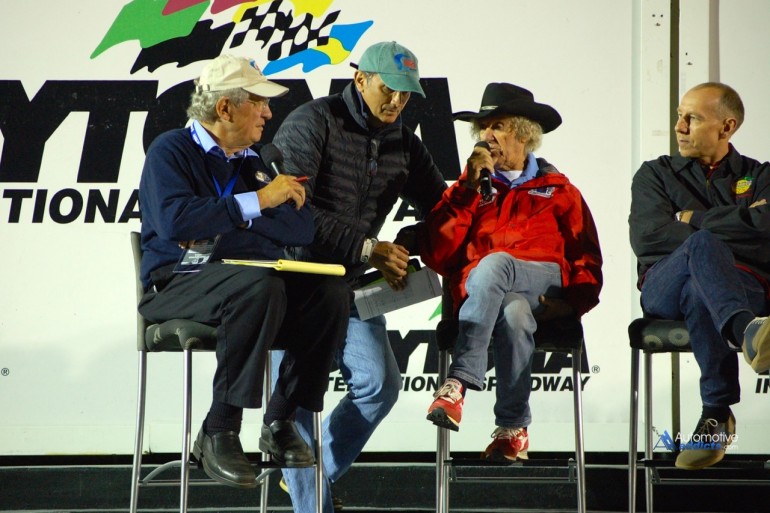 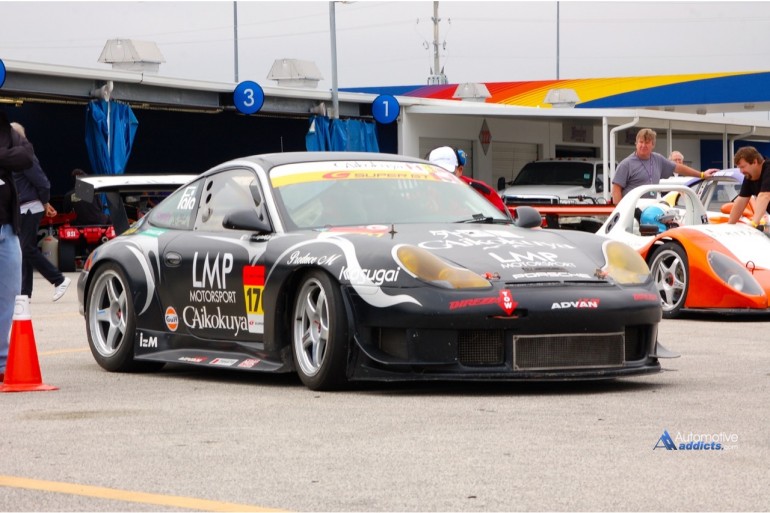