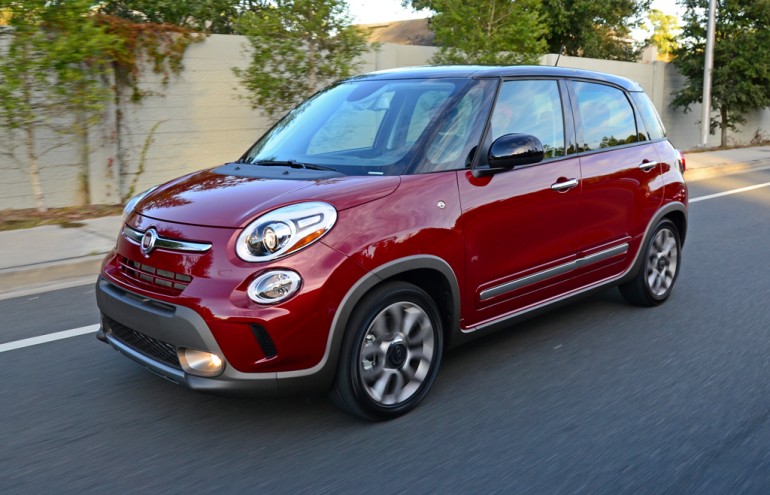 With the return of Fiat to the United States, the brand has brought its cheeky Italian design to put forth a new character in the automotive market. Taking many steps to expand and integrate Fiat vehicles with American culture, the introduction of the new 500L has captivated some with its larger proportions and wagon classification as something truly different and unique for those seeking to break away from the norm. 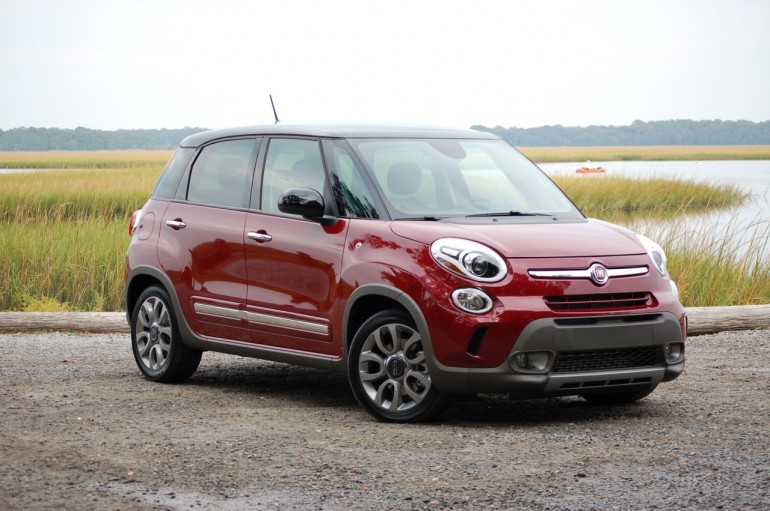 The new 2015 Fiat 500L, remaining mostly unchanged from its introduction as a 2014 model year, gets the addition of an optional automatic transmission with torque converter as another offering next to the currently-available dual-clutch automated manual and 5-speed manual transmissions. Having a chance to revisit the 500L brings me back to delicately redefining my initial perceptions of its eccentric design. Basically, jumping in and driving the new 500L proves to be somewhat of an agreeable endeavor versus just taking a glance of its unique exterior design and proportions. 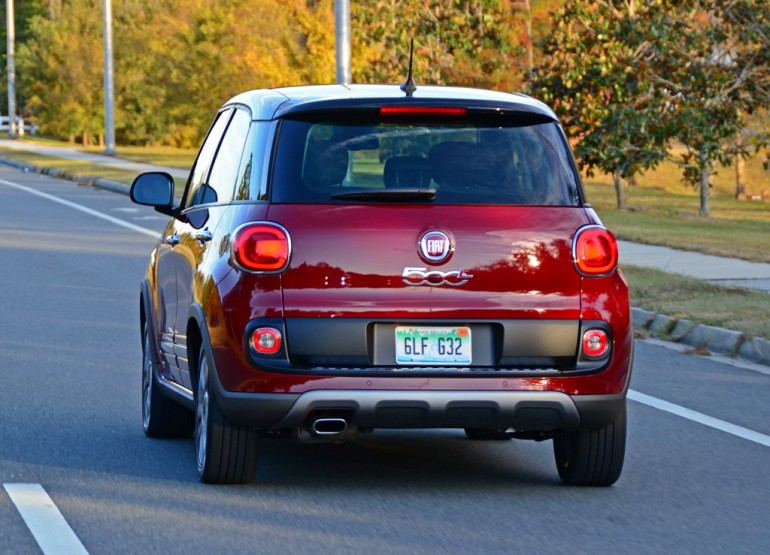 I wont get into how enthusiasts consider the 500L as an acquired taste; that speaks for itself. Rather, the Fiat 500L is more of an excellent alternative to vehicles within its compact wagon/crossover segment competition. 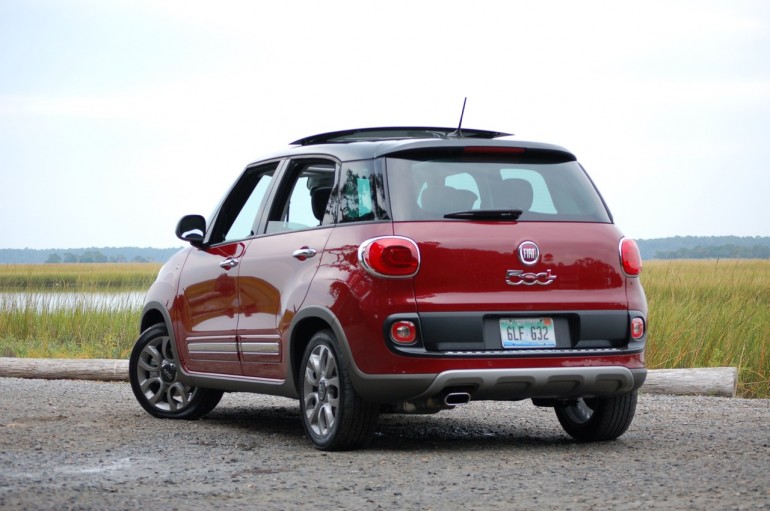 At the forefront of what the new 500L offers, which some enthusiast would appreciate, is the Fiat 500 Abarth’s 1.4-liter turbocharged engine with 160 horsepower and 180 lb-ft of torque. What I consider to be the little engine that could, adapts to gradually scoot the 500L along with a 0-60 mph time of about 8.1 seconds. The power throughout the band may be a bit inconsistent with initial turbo lag until it starts to reach its mid-range sweet spot. Hardly the thrill ride, the 500L still manages to avoid getting in the way of itself and garnishes its eagerness to keep things in motion without much fuss, even at highway speeds attempting to overtake other vehicles. 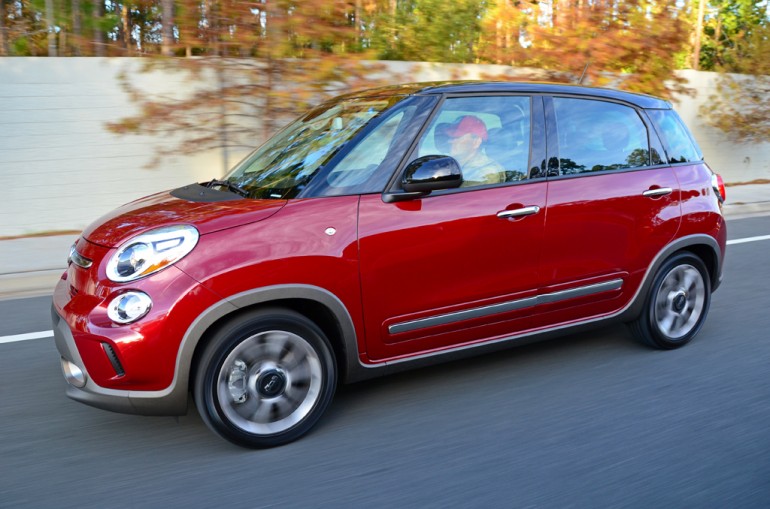 On the side of handling and ride comfort, the Fiat 500L’s front-wheel-drive platform feels more like a compact bus rather than a crossover. It is not to say the ride is terrible, it is more of a misnomer in the traditional sense of a wagon or compact crossover. Body dive from heavy breaking can sometimes be unsettling, while turn-in, although predictable for an under-steering front-wheel-drive setup, follows through with a body-dragging feel as if it is being held back by dead-weights tied to the rear bumper. On the flip side, the 500L plays nicely on the level of a compliant ride around town within confides of easy driving inputs. 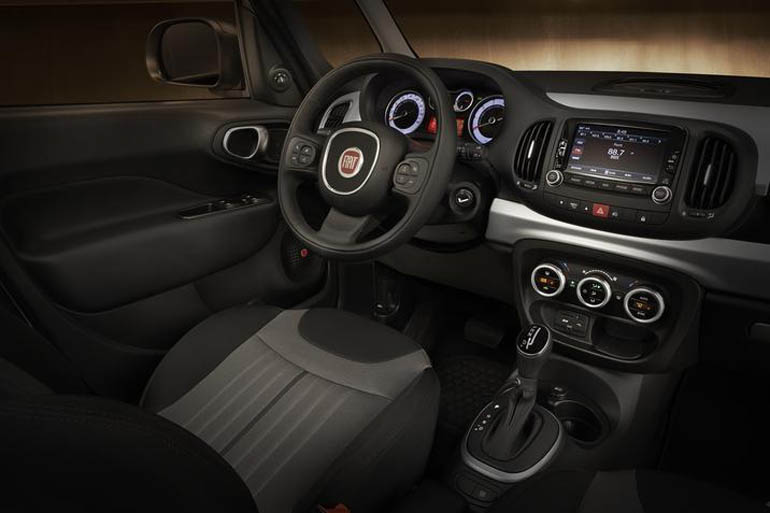 With strong Italian design traits shining brightly through its exterior, the 500L is an unmistakable and a vibrant head-turner on the roads of America. Its almost-bug-eyed headlights and front fascia resembling its 500-family, down to its nearly VW-bus-proportioned pillars, all culminate together for an abundance of window realestate. This part of the 500L makes the cabin airy and flows to give you plenty of interior space, almost rivaling the interior volume of full-sized sedans. The ample interior space of the Fiat 500L is more of its forte along with several value-adding standard features and low-cost options. The dashboard of the 500L flows nicely with the Fiat brand’s Italian and Y-gen theme that can be appreciated by just about any age. The smart use of soft-touch plastics and surfaces all add to the interior’s quality perception. 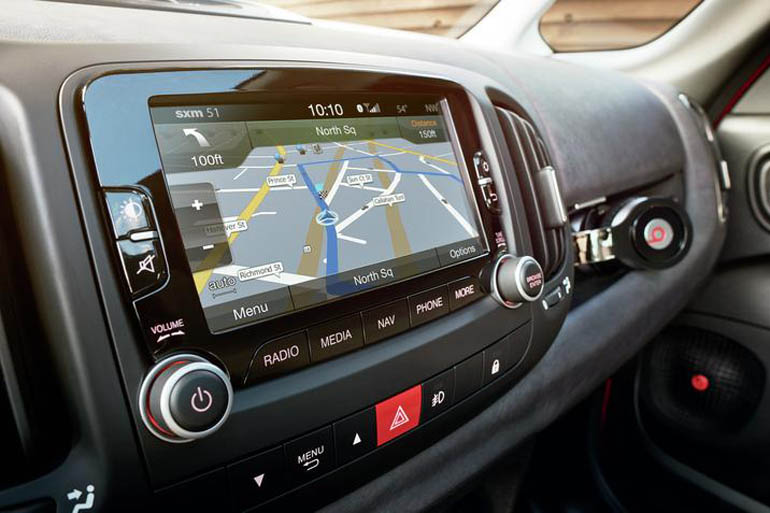 The use of a simplified version of Chrysler’s Uconnect infotainment system with a 6.5-inch color screen unwraps many of the tech bits of the 500L. Most of the dashboard and steering-wheel-mounted buttons and controls are all in their own simplified form with ease of use. My 500L Trekking trim’s 17-inch wheels, fog lights, panoramic sliding glass sunroof with power sunshade, rearview backup camera, tinted rear glass, dual-zone auto climate controls, Bluetooth integration (audio streaming incl.) and 520-watt Beats audio system all added to the upscale approach. The 1-level heated seats and their flat-base design up front proved to be a slight disappointment with hardly any support. Surprisingly, they were comfortable enough to the point that a hour-long trip wouldn’t warrant many complaints. The high level of adjustability helped in the comfort department to slightly make up for the seats overall lack of bolstering. Out back the folding seats acted more like a bench instead of designated spots for medium to small sized adults. On the plus side, headroom is plentiful, so there’s that. 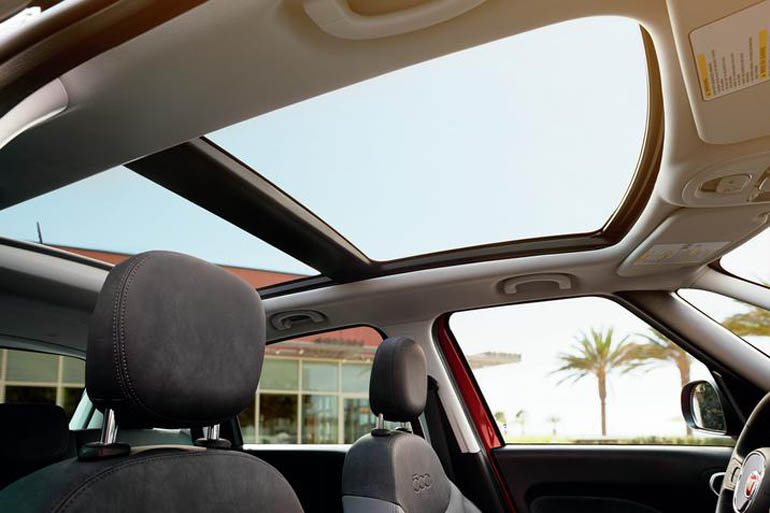 In the landscape of economical autos that play to a different tune in styling, focusing on a smaller size to muster out the best mpg – the Fiat 500L is more of a play-it-safe lineman rather an all-star quarterback or receiver. The mpg game remains at a consistent 24 mpg city and 33 mpg highway, hardly spectacular, but still respectable. 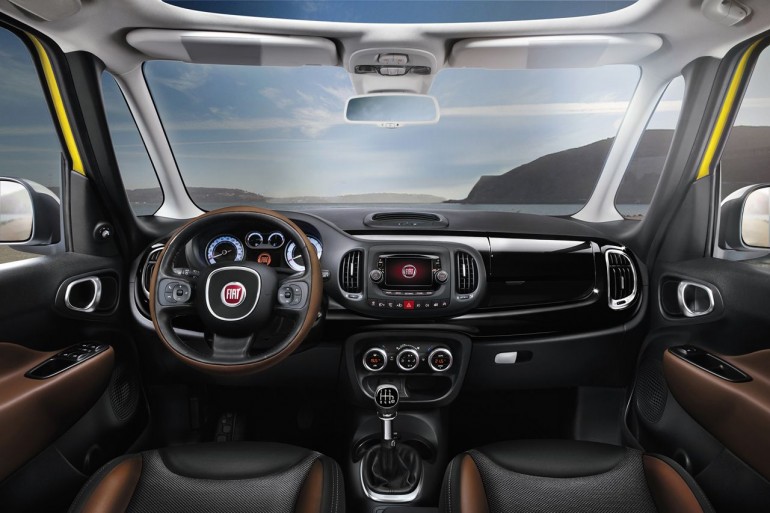 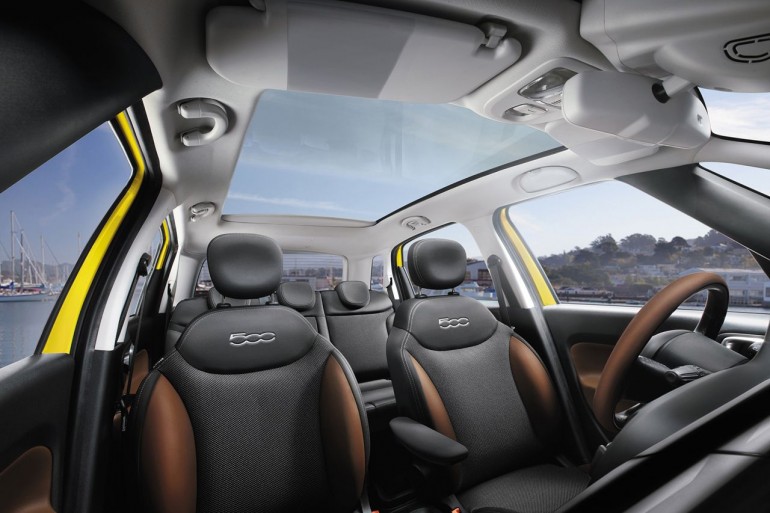 There are many trim levels offering consumers their own choice of a unique personality in the 500L. Certainly, an exclusive personality is already a part of the 500L’s overall persona. The plus-sized Fiat may not be for everyone, but those who take an interest will find something to be desired in being an extension of individuality expressions – as far as an automobile can take it. At the sum of my 2015 Fiat 500L Trekking trim’s parts, it is a relatively economical choice for those who want to express uniqueness in style and character without breaking the bank or making marginal sacrifices. 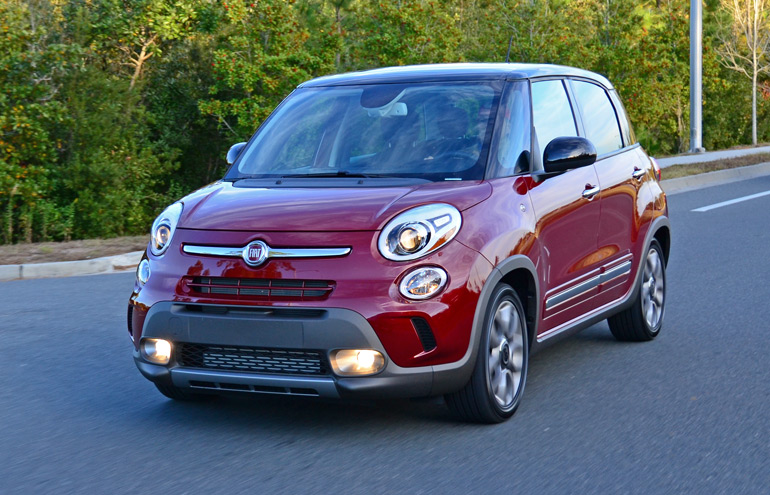