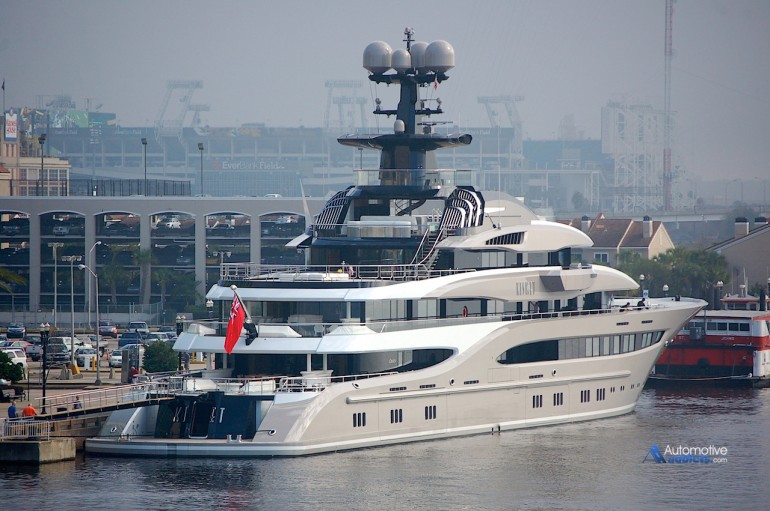 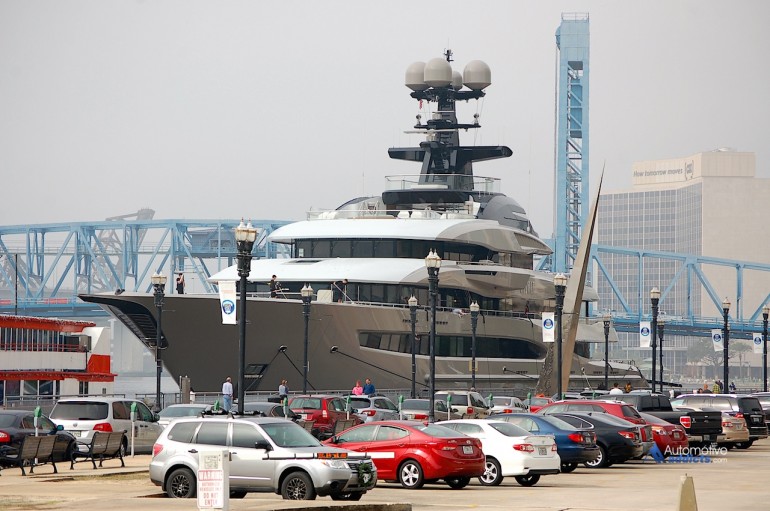 With features like running water, bathing facilities, flat-screen TVs, wet bars, a swimming pool with a built-in Jacuzzi, fully furnished barbecue pit, and helipad, the Kismet is everything you could ask for in a luxury water-front condo development and then some. 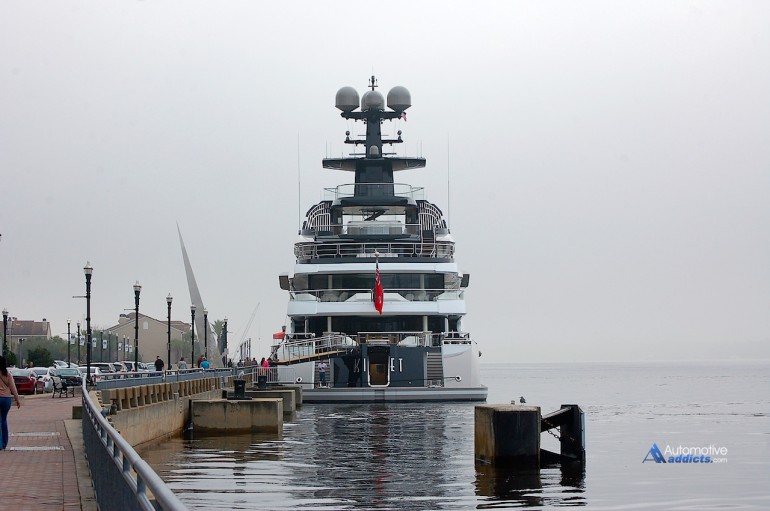 We also know that Mr. Kahn is also a car enthusiast and would love to invite him to join us for next Saturday’s Automotive Addicts Cars and Coffee. The show is literally walking distance from his majestic ocean liner.

The next Automotive Addicts Cars and Coffee will be held Saturday, December 13, 2014 from 8-11am.
1 Riverside Ave, The Florida Times-Union headquarters, Downtown Jacksonville, Florida.
Or (if it helps) a five minute walk down the river front from the Kismet.

See what Shad Kahn said about the new Jaguar f-type 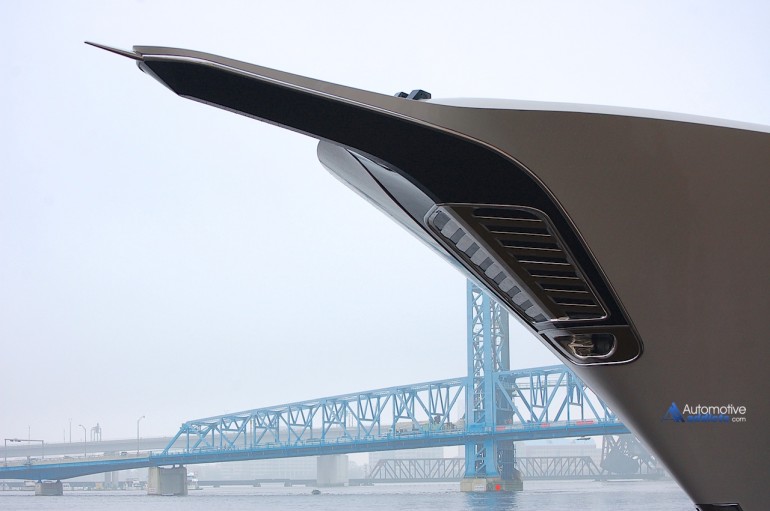