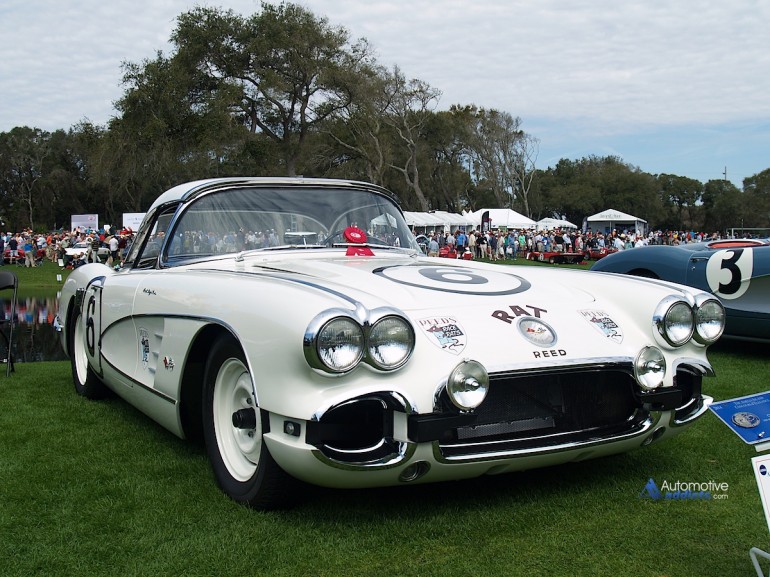 The 20th Annual Amelia Island 2015 Concours d’Elegance is rapidly approaching. Held March 13-15, 2015 and only minutes from Automotive Addicts Jacksonville headquarters, the show is something that we collectively hold our breath for, counting down the days until its arrival.

Seen at the 2014 show, this ultra-rare Corvette race car is one of the 10 “big tank” Corvettes assembled in 1960. A fierce competitor at the 1960 12 hours of Sebring, George Reed’s “Race Rat” finished 16th overall and won its class. The Race Rat also held the honor of being the only Corvette to finish in the top 25.