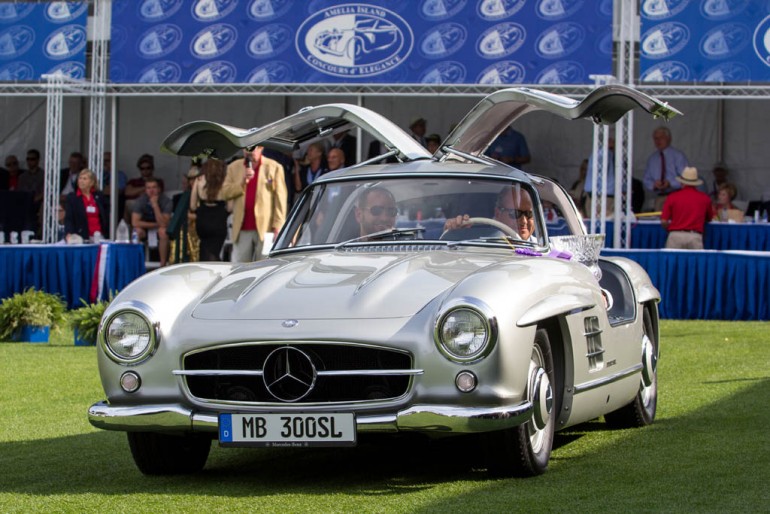 WASHINGTON, March 19, 2015 /PRNewswire/ — The Historic Vehicle Association (HVA) www.historicvehicle.org announced today that the 1954 Mercedes-Benz Type 300 SL (serial number 198 040 4500003) will be recorded under the Secretary of the Interior’s Standards for Heritage Documentation. The documentation will be part of the HVA’s National Historic Vehicle Register and the Historic American Engineering Record (HAER) that is permanently archived in the U.S. Library of Congress.

As one of the most significant Mercedes-Benz 300 SL models, this vehicle was honored last week during the annual Amelia Island Concours d’Elegance www.ameliaconcours.org. According to factory records, 198 040 4500003 was the first 300 SL to be produced and was the first 300 SL sold in the United States. This car was exported to U.S. Mercedes-Benz distributor Max Hoffman and purchased by Briggs Cunningham, an influential American sportsman and businessman who raced automobiles and yachts. 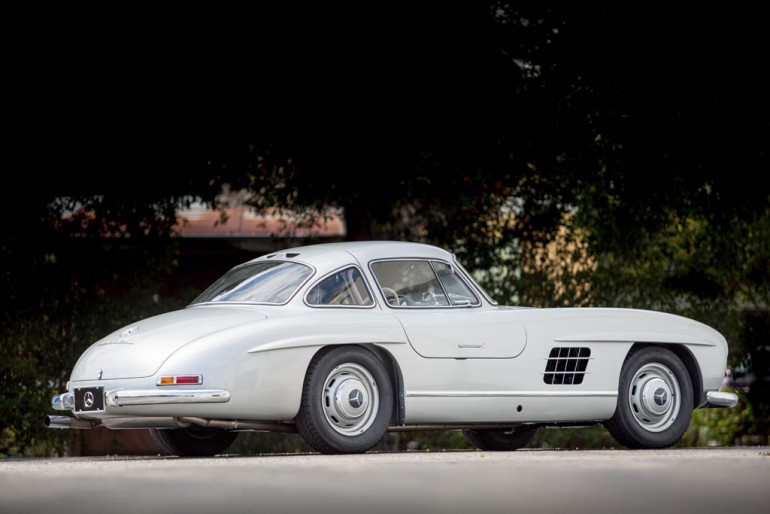 Soon after taking delivery in September 1954, Cunningham displayed the car at the Watkins Glen Grand Prix Concours. In its first concours entry, the 300 SL won first prize in the sports car class at the show. In February 1955, 198 040 4500003 with race number A18 was photographed with Phil Hill in the cockpit at the Daytona Beach NASCAR Speed Week. The car reportedly did not fully participate in the event due to an engine failure. A replacement engine was subsequently fitted and the 300 SL was sold to William Fleming of Westport, Connecticut. Fleming campaigned the car in the 1956 SCCA season, finishing third in the national points for that year. Fleming won his class in the 300 SL at the Mount Equinox Hill Climb on June 17, 1956. Fleming was one of many early adopters of the 300 SL in sports car racing in the U.S. 300 SLs dominated their class in SCCA racing in both 1955 and 1956. In 198 040 4500003’s 60-year life, the car has had only four other owners since Cunningham bought it new in 1954. 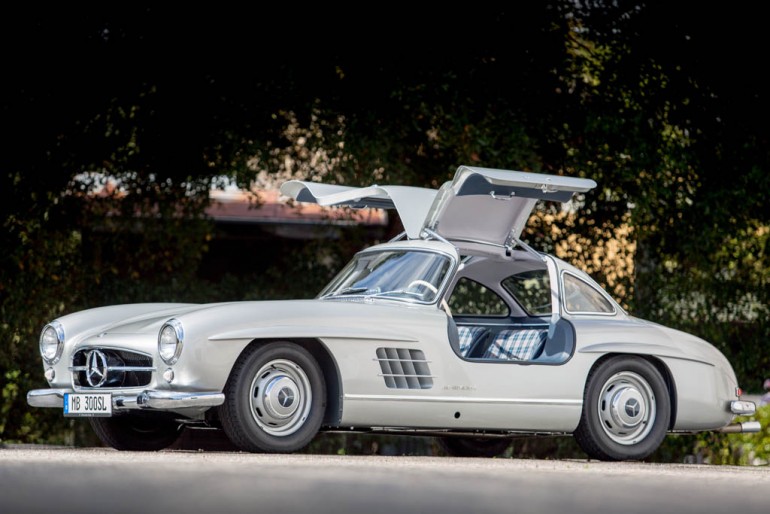 “The Mercedes-Benz 300 SL Coupe is a uniquely American story as it was produced at the request of Max Hoffman specifically for the U.S. market,” said Mark Gessler, President of the Historic Vehicle Association. “The 300 SL was the first foreign mass-produced car built primarily for the American market. It launched the SL brand in the Mercedes-Benz family and played a significant role in building the Mercedes-Benz market position in the United States.” 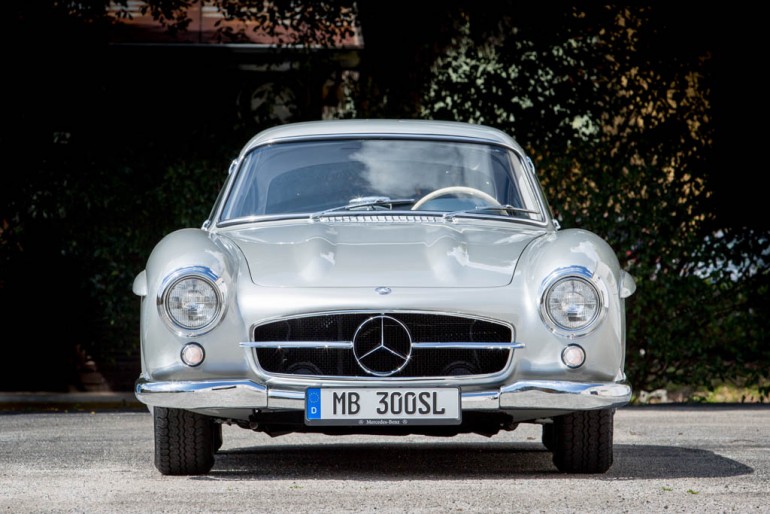 Max Hoffman, a New York-based Austrian who imported luxury European automobiles during the 1950s, suggested to Mercedes-Benz that a sports car should be developed for the U.S. market. Through his personal vision, involvement and urging, the 300 SL line and this early example made it to America. It can be said that without Hoffman, the Mercedes-Benz SL models would never have existed as series-production vehicles. The 300 SL, in particular, was immediately recognized as a car that could be both a daily driver as well as a competitive racecar on public roads and racetracks across America. To this day, 300 SL models are held in high regard by enthusiasts and collectors. 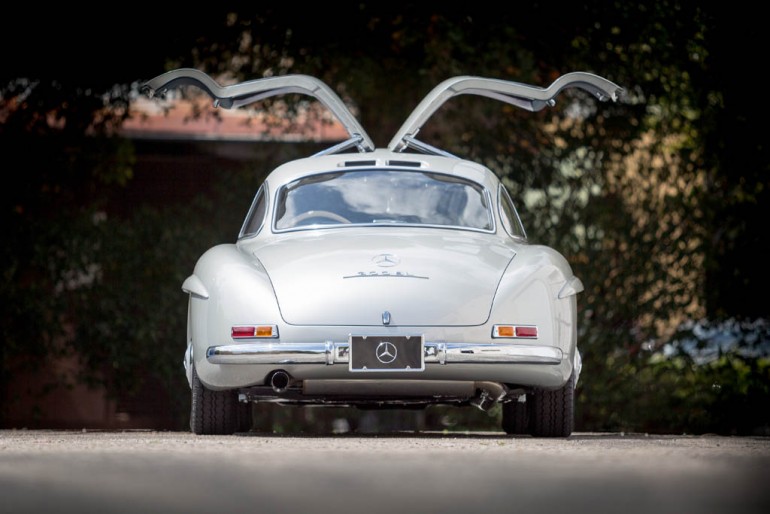 198 040 4500003 featured a shorter shifter at the request of Cunningham (a feature later adopted in production) and a nonstandard fixed steering wheel. This car was delivered to Cunningham before a standard owner’s manual was produced for the 300 SL model. However, Mercedes-Benz provided a hand-typed instruction document for Cunningham so he would know how to operate and maintain his new car. The original document is with the car, and a copy is in the archives at Mercedes-Benz in Stuttgart, Germany. The unique “gullwing” doors were maintained from the 1952 Mercedes-Benz 300 SL competition car due to its tubular spaceframe construction. The 300 SL was considered a technical marvel due to the utilization of the tubular frame and mechanical fuel injection – both firsts in a serial production car. 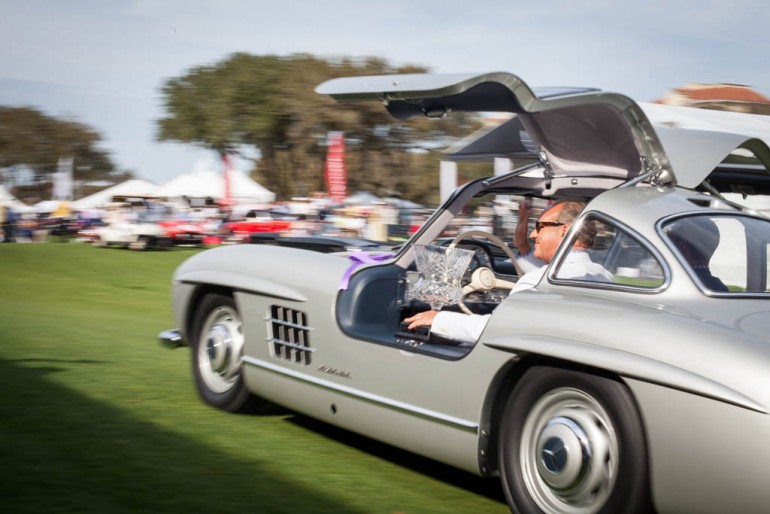 “I’m honored that the Historic Vehicle Association is recognizing 198 040 4500003 for inclusion in the National Historic Vehicle Register,” said Dennis Nicotra. “When I drive the car, it looks great, drives great and performs exceptionally well. As the current steward of this amazing car, I’m always reminded that it is important to celebrate our automotive heritage and ensure that it is more broadly appreciated and carefully preserved for future generations.” 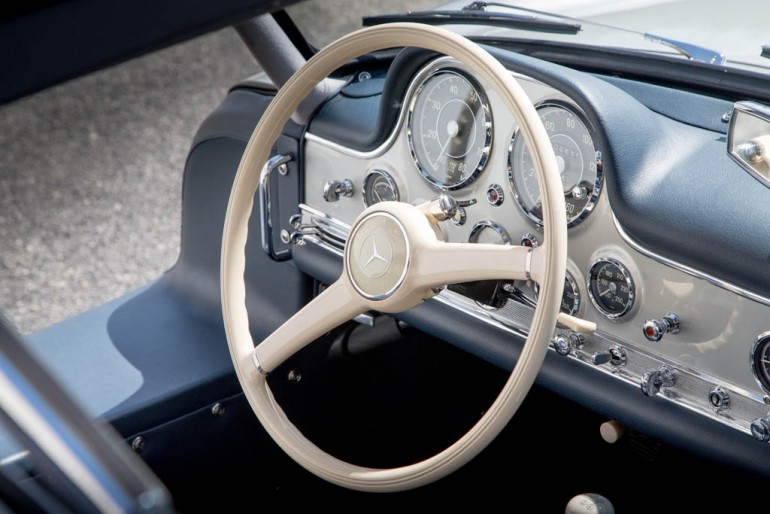 “The Mercedes-Benz 300 SL is a great example of a car that was developed and produced outside of the U.S., but enjoyed its greatest success on the roads, racetracks and concours events across America,” said Richard O’Connor, Chief, Heritage Documentation Programs, National Park Service, U.S. Department of the Interior.

Over the coming year, the HVA will focus its efforts on documenting additional vehicles and will continue to work with the U.S. Department of the Interior, Heritage Documentation Programs to refine guidelines and processes to eventually support future public submission. The documentation process includes: (i) a fully referenced narrative and description of the vehicle; (ii) technical drawings of important elements of the vehicle based on a 3D laser scan; and (iii) detailed photographs and film negatives for permanent archive in the Library of Congress. These standards for documentation involve the same level of care that has been used within the Historic American Engineering Record to document the Statue of Liberty and the Space Shuttle Discovery. Both domestic and foreign vehicles are considered provided they have significant American history.

About the Historic Vehicle Association (HVA)

The HVA is supported by a broad group of stakeholders, including industry, new car manufacturers, universities, historians, event organizers, restorers, museums and over 400,000 individual owner-members, making the HVA the nation’s largest automotive heritage organization. The National Historic Vehicle Register is being developed in a manner consistent with how the national heritage programs for architecture and aviation were designed – based on strong public private partnerships with Federal agencies. The HVA was founded in 2009 and represents the U.S. and Canada in the Federation Internationale des Vehicules Anciens (FIVA), an international organization to promote and guide the interests of the historic vehicle movement around the world. For more information, please visit www.historicvehicle.org.