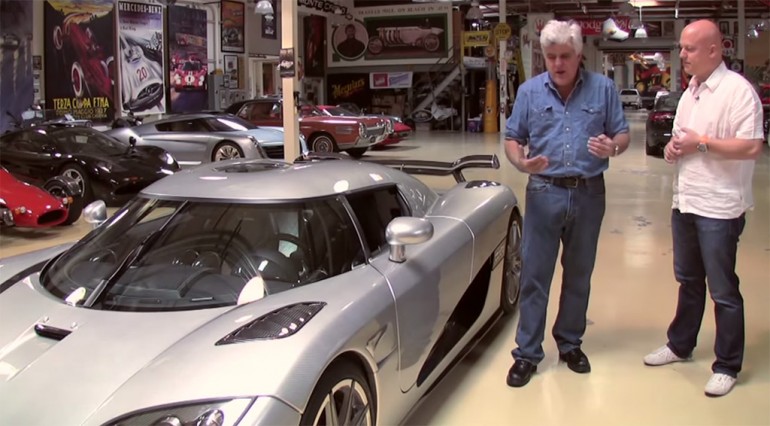 Christian Von Koenigsegg is a legend among car enthusiasts and those with the means to own one of the fastest road legal cars on the market. The business of Christian Von Koenigsegg has flourished from his extensive engineering background.  His prowess has allowed the development of many Koenigsegg vehicles that garnish about the same amount of power and nearly half the weight of its competitors, all who are members of the 1,000-horsepower-plus and 200-mph-plus clubs.

In a visit to Jay Leno’s Garage, Christian Von Koenigsegg gives Jay a rundown of the Koenigsegg CCXR Trevita. This beautiful supercar is one of the 3 exclusive examples of the one-off CCXR, featuring its very own white carbon fiber body and a 4.8-liter twin-supercharged V8 engine capable of 1,018 horsepower when burning E85 Ethanol.

Attention to detail is a forte of Koenigsegg just as much as Christian puts emphasis on sheer performance. Check out the exclusive run-down and test drive of the Koenigsegg CCXR Trevita with Jay Leno and Christian Von Koenigsegg below. Enjoy!