The all-new 2016 Hyundai Tucson: One Size Fits Most 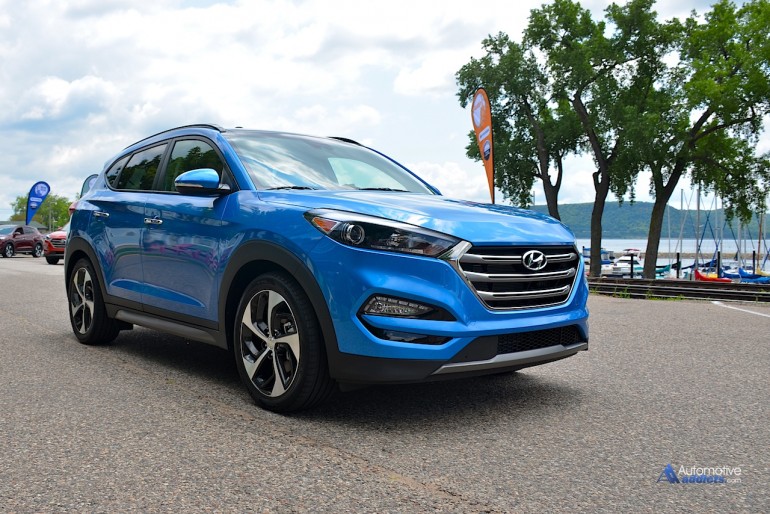 A few weeks ago, I took my daughter window-shopping at a swanky little clothing store at the St. John’s Town Center. A small sign resting in the middle of a table of fancifully decorated shorts pretending to be skirts caught my attention, “One Size Fits Most.” I appreciated the use of “most” over “all.” I remember being six years old and angry that the brim of my father’s “one size fits all” hat covered my eyes; obviously, the tag was false advertising. 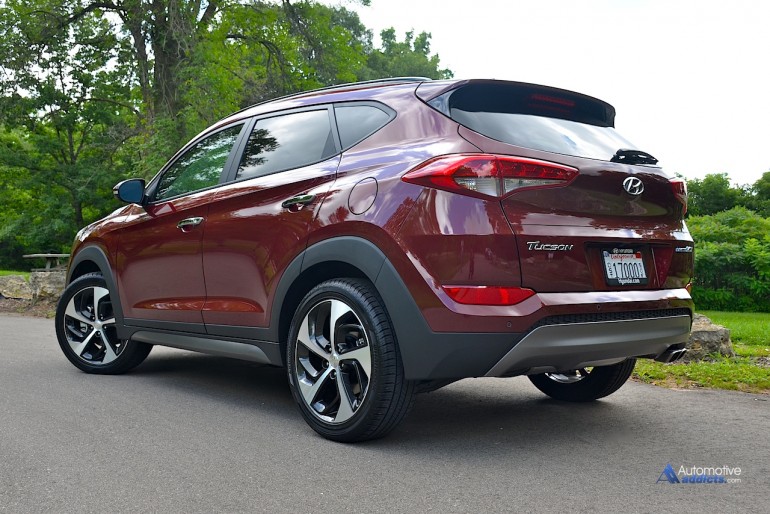 In many ways, the compact crossover is the automotive equivalent of “one size fits most.” The cabin is large enough for most families. Cargo space is sufficient for most events. Towing capacities, while not suitable for large boats or travel trailers, are more than enough for most situations. Performance is adequate to satisfy the requirements for most city and highway driving. 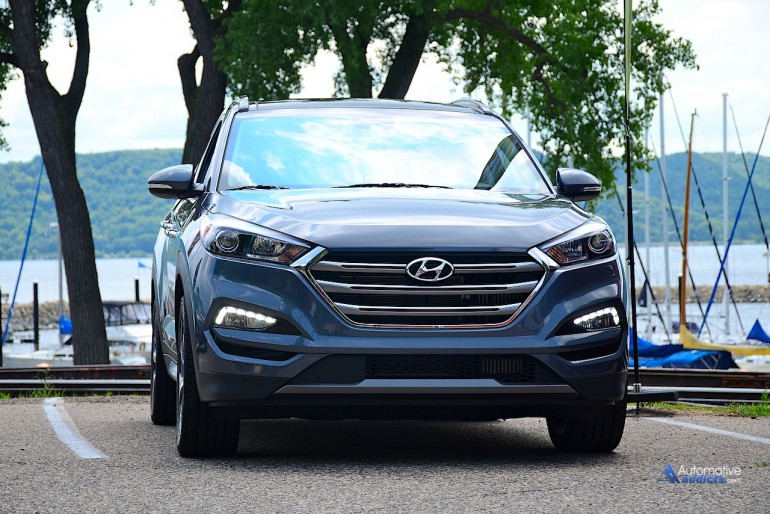 Last week’s trip to Minneapolis, Minnesota revealed that Hyundai’s all-new 2016 Tucson compact crossover fulfills the “one size fits most” descriptive as well as, if not slightly better than, any of the currently offered competitors. 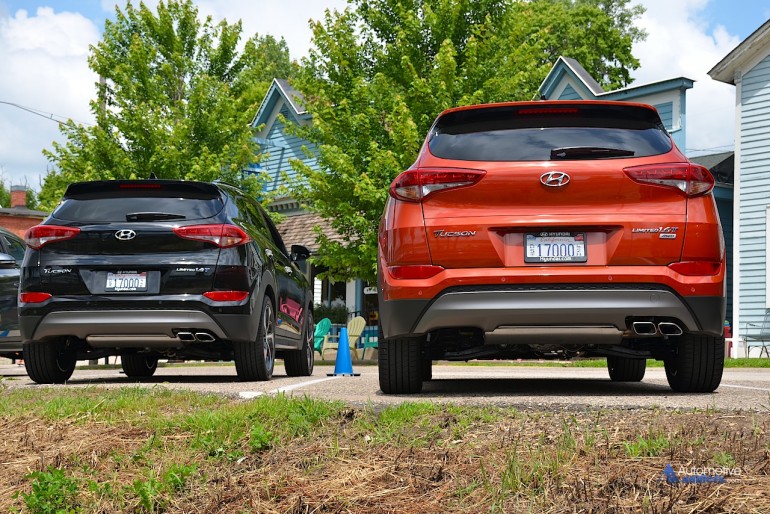 Learning from the short-comings of the previous model, the new Tucson is three inches longer and more than an inch wider, which equates to greater interior volume and more than five cubic feet of additional cargo space. The refreshed exterior is youthful and attractive. The interior moves upscale by refining the instrumentation and upgrading touch points with premium soft-touch materials. Typical to Hyundai’s new line up of vehicles, the all-new Tucson beckons you to forget almost everything you think you know about the brand. The Korean automaker’s all-new compact crossover is a worthy contender in an extremely competitive segment. 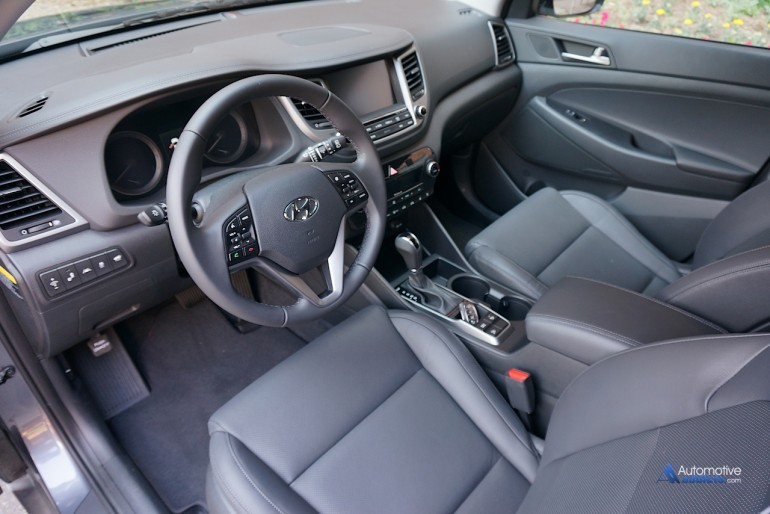 The 2016 Tucson’s base powertrain is a slightly more efficient version of the currently offered 2.0-liter, direct-injected four-cylinder providing 164 horsepower and 151 lb.-ft. of torque when coupled with a standard six-speed automatic transmission. The use of an overdrive lock-up torque converter gives the 2016 front wheel drive model a one mpg advantage over the 2015 model at 23 city, 31 highway and 26 combined MPG. 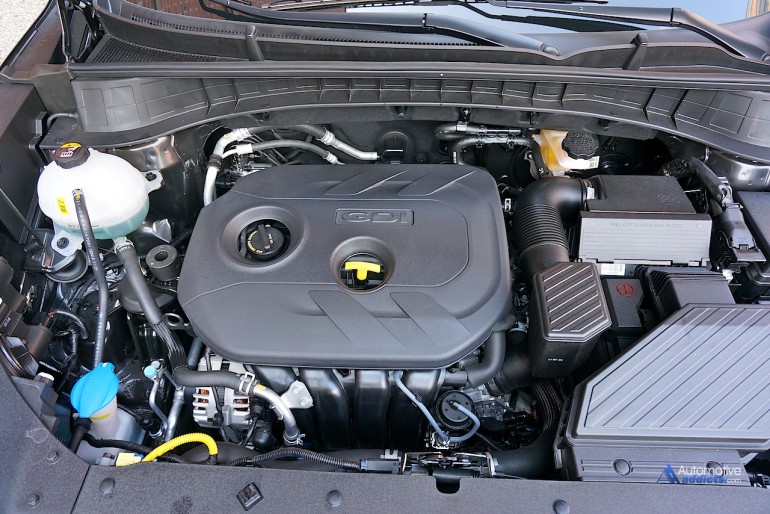 The real news is the 1.6-liter turbocharged, direct-injected four-cylinder that creates 175 horsepower and 195 lb.-ft. of torque found in the Eco, Sport, and Limited models. Hyundai’s new Gamma engine hits full torque at 1,500 rpm and hangs onto that number until it revs to 4,500 rpm, which for most part means that you almost instantly reach full torque at any point when you are accelerating. 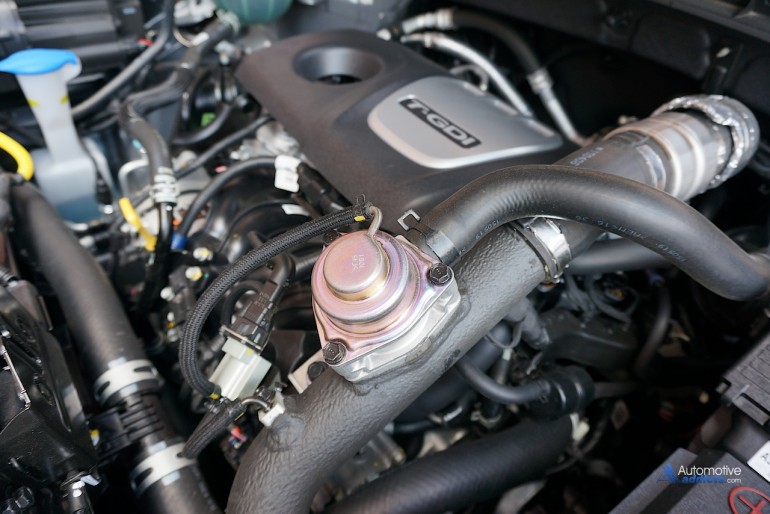 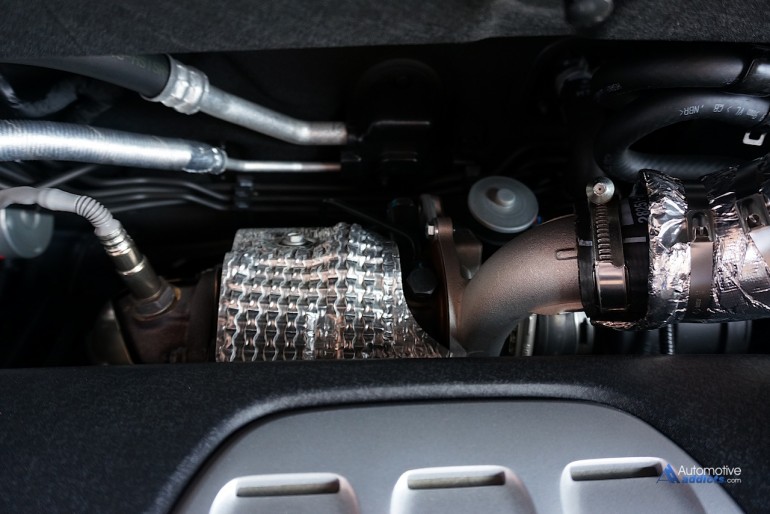 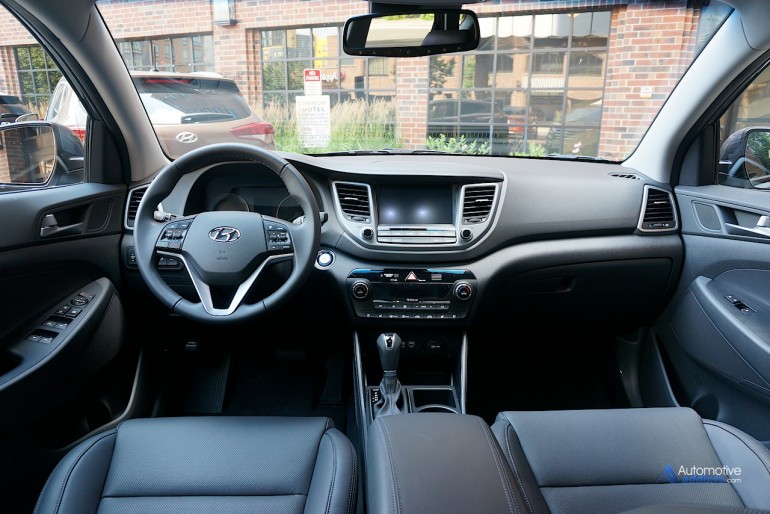 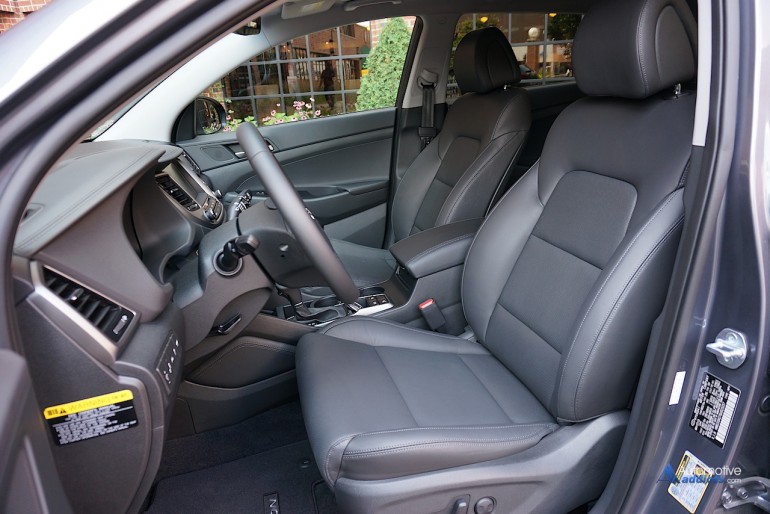 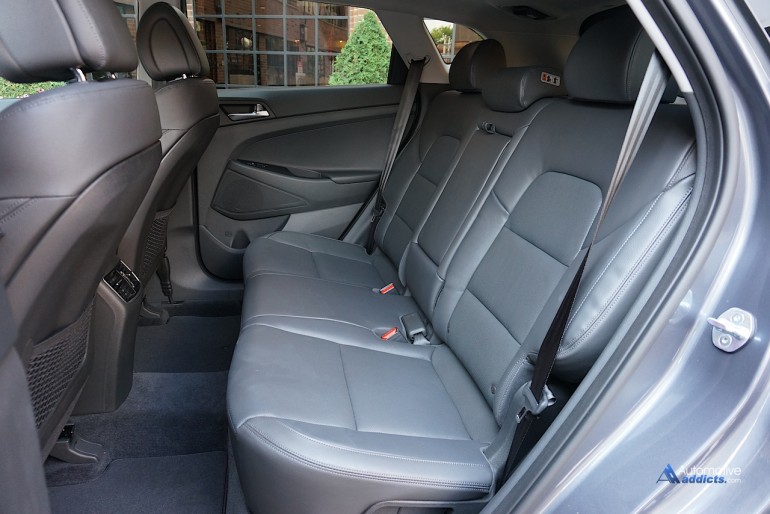 A quick once over of the all-new 2016 Tucson impresses, but it isn’t until you examine the chassis that you realize how improved the latest version of Hyundai’s compact crossover really is. The increased wheelbase and width add up to enhanced driving stability and better handling response. Hyundai has increased rigidity by using 50 percent more advance high strength steel than the outgoing vehicle and employing modern structural adhesives. 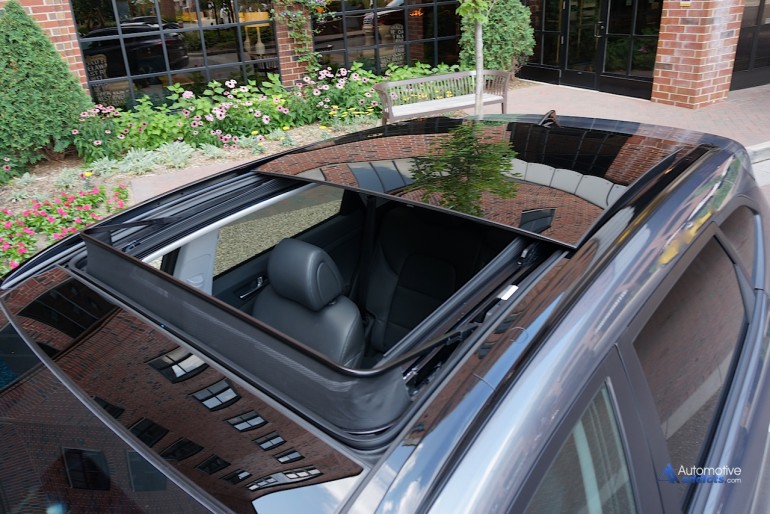 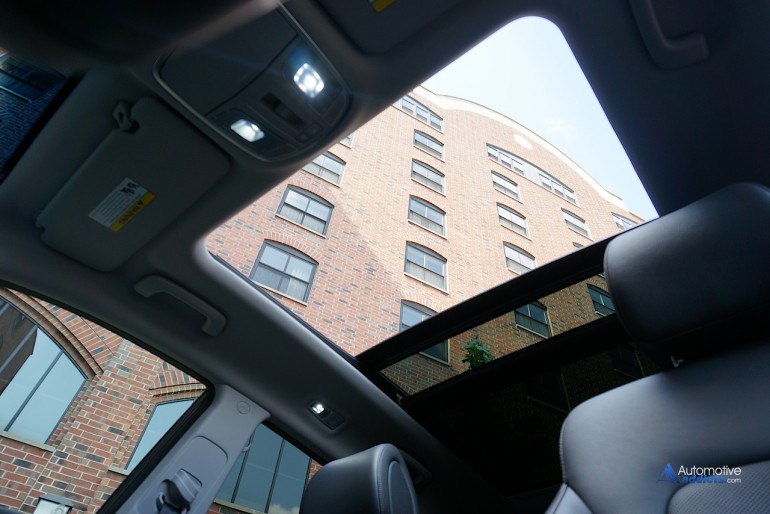 Additionally, the “world’s first shock-absorber mounting structure” increases rigidity by an amazing 109 percent. The completely overhauled suspension is 20% stiffer than outgoing models. The improvements equate to a quieter ride that helps the Tucson shine in a crowded segment. 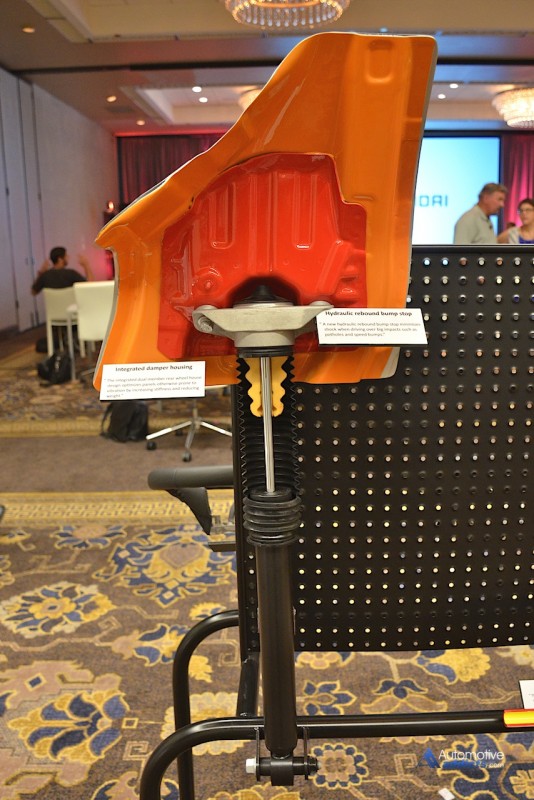 Handling is also greatly improved. The standard leather wrapped steering wheel is attached to a new motor-driven power steering system that is built from lightweight rigid aluminum. The new system reduces friction by more than 20 percent. My time behind the wheel revealed a compliant, easy to drive crossover. There was no “learning curve,” the Tucson welcomed me as a driver and encouraged me to drive to my heart’s content. 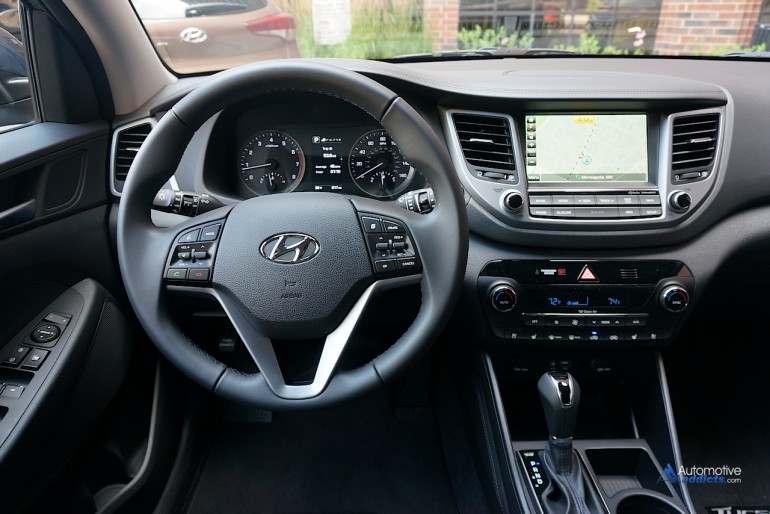 Over the past year, Hyundai has continually surprised the auto industry, and more importantly the consumer, by offering game-changing safety technology at a reasonable price. New for 2016, along with the standard rearview camera, the Tucson can be equipped with autonomous emergency braking with pedestrian detection, a lane departure warning system, blind spot detection, rear cross-traffic alert, lane change assist, and backup warning sensors. 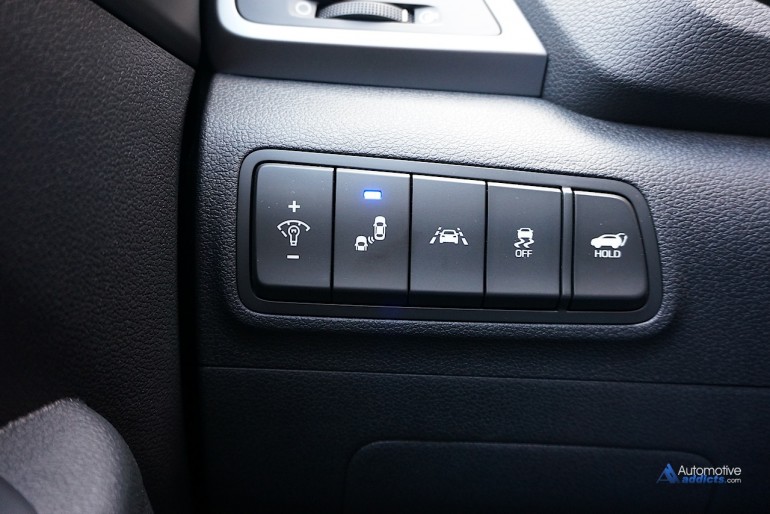 Cynics may argue that this much technology is excessive and unnecessary, but my time spent in vehicles so equipped has proven the opposite. Most of the time the systems are superfluous, they are only confirming what I have already observed. However, occasionally – especially in crowded shopping center parking lots – the safety systems alert me of potential fender-bending-paint-scraping-pedestrian bumping incidents that I would otherwise be unaware of. Properly equipped, the Tucson can see things that you cannot, requires no thanks and doesn’t dish out any guilt trips in the process. 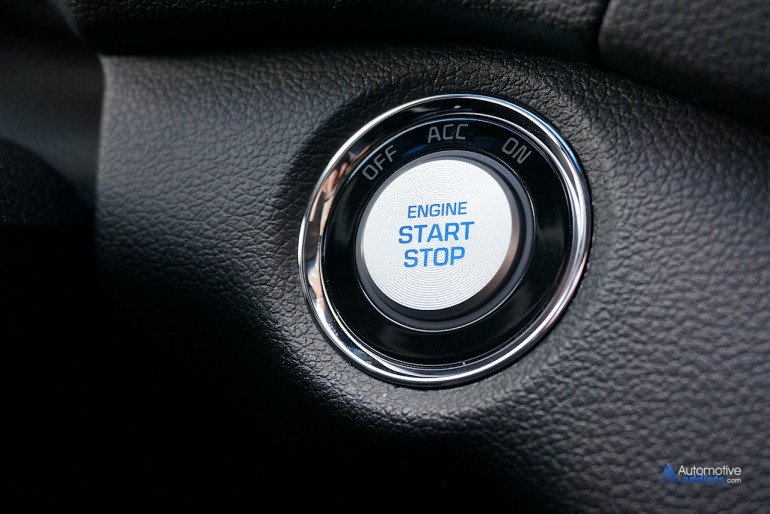 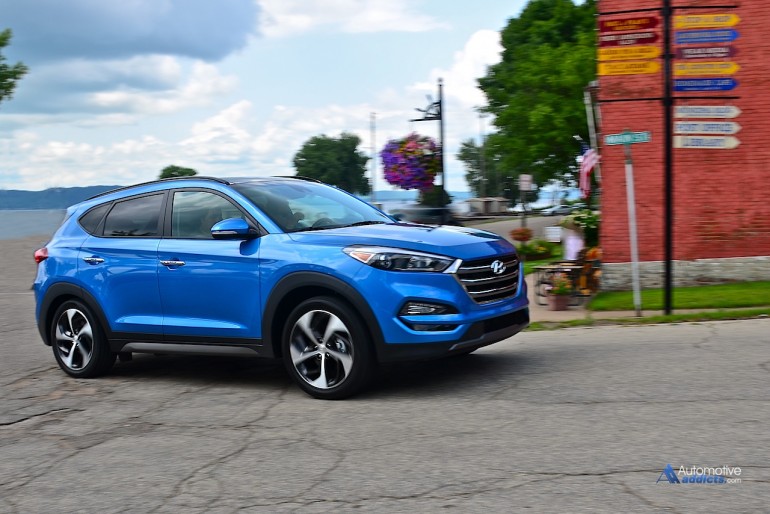 My time with the 2016 Hyundai Tucson confirmed my suspicions, Hyundai has once again built a vehicle that I could actually see my family of four owning and driving with pride. While Hyundai’s new compact crossover may not offer all the excitement of a hot hatchback, the uniformity of a mid-size sedan, or the interior space of a minivan, the 2016 Hyundai Tucson blends elements of all of them to create a “one size fits most” vehicle that I could comfortably recommend to anyone in the market.