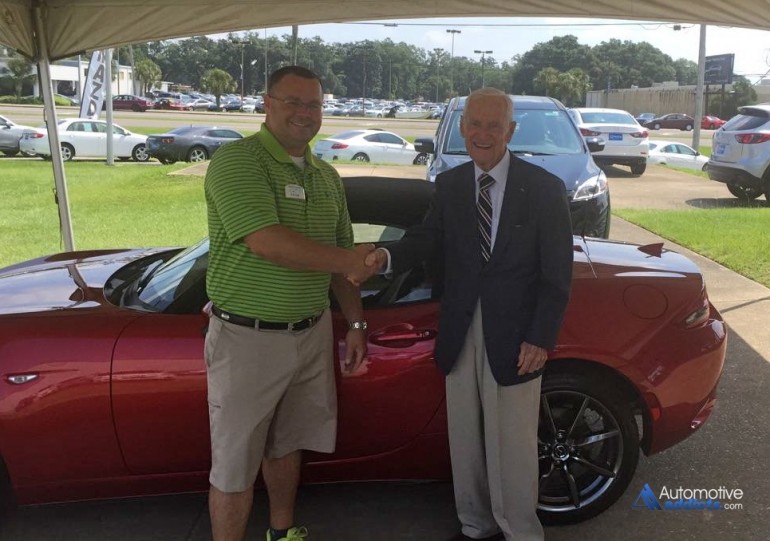 A Pensacola, FL, native, Dick Pace was a senior at Dartmouth College when he signed up for the Naval Aviation Cadet program in April 1941. After graduation he completed pre-flight training in Atlanta before going to NAS Corpus Christi where he received his wings and commission as Ensign in May 1942. He was such a good pilot that the Navy kept him at Corpus Christi as a primary flight instructor in N2S Stearmans. 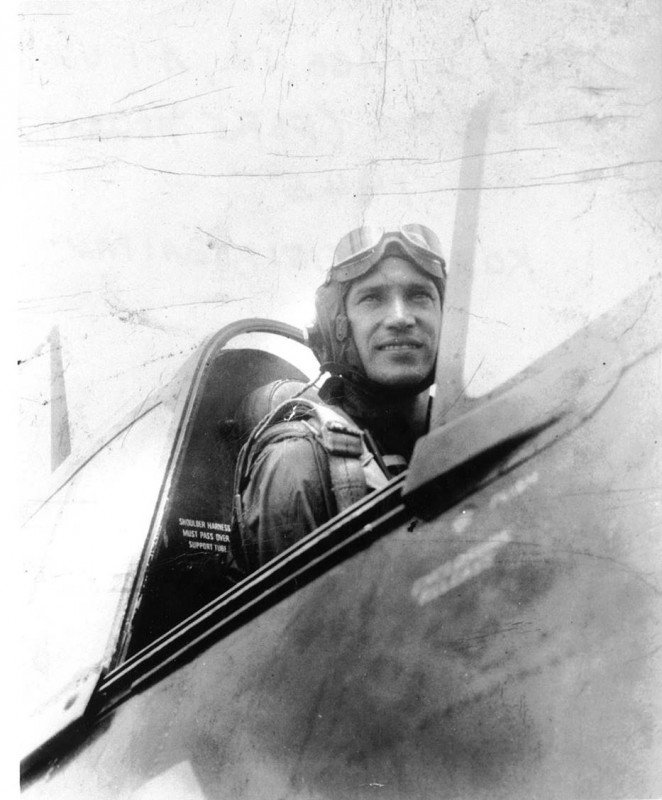 This was followed by assignment as an SNJ instructor at Corry Field, Pensacola. In July 1944 he was ordered to NAS Daytona for Grumman F6F Hellcat training, which was followed by carrier qualification in the Hellcat at NAS Glenview, Illinois. In November 1944 he was ordered to NAS Atlantic City where he joined the newly formed fighter squadron VF-92. After several short training cruises on the U.S.S. Croatan (CVE-25), the squadron traveled by troop ship from Alameda, California to NAS Kahuli, Maui, where it boarded the U.S.S. Breton (CVE-23) on 28 June 1945. 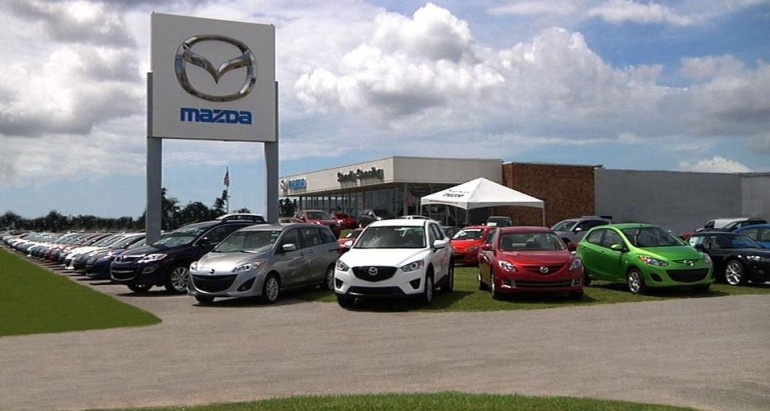 The Breton sailed to Saipan where VF-92 conducted combat air patrols and air strikes on the Japanese island of Rota. After the Japanese surrendered, Dick was detached from VF-92 and ordered to NAS New Orleans for release from active duty. The Navy kindly provided a four-week luxury cruise home from the Pacific aboard a tanker that transited the Panama Canal and stopped in Galveston before finally reaching New Orleans. 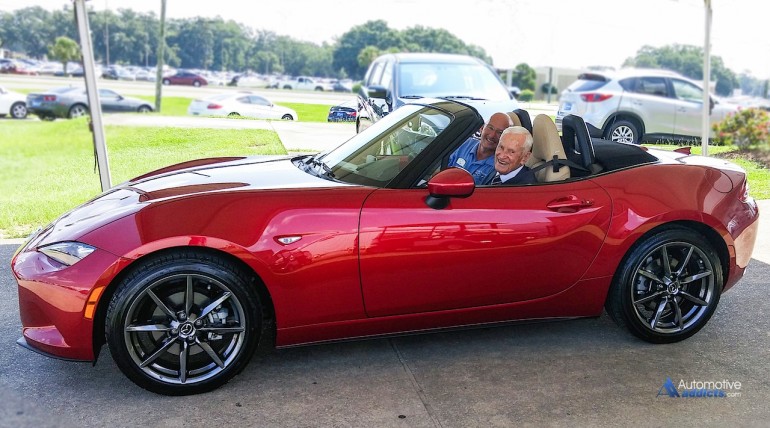 Dick was released from active duty in October 1945. After he was detached, his old squadron boarded the USS Lexington (CV-16) and sailed to Tokyo as part of the occupation of Japan.

Congratulations to Mr. Pace from all of us at Automotive Addicts! 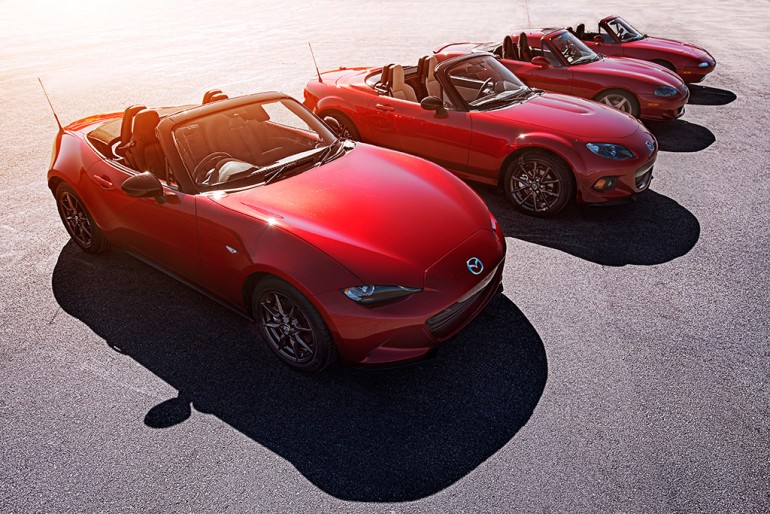 The September 12th edition of Automotive Addicts Cars and Coffee will be a grand spectacle featuring all four generations of the enthusiast roadster. For the month of September, Mazda USA will be sending us the all-new 2016 MX-5 Miata for a full review and to put in our Cars and Coffee venue grouped with local Miata and Mazda club vehicles.

*Thanks to Mazda USA for providing the story and photos.