2015 Misselwood Concours D’Elegance offers something for everyone 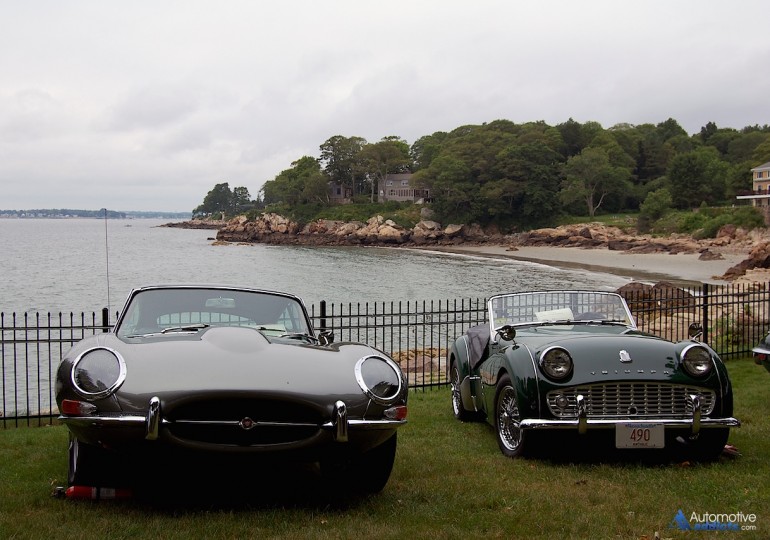 When ever I have bought a new car, more likely a ‘new for me car’ I find that I start to notice a lot more of that particular type of car around. It was pretty much the same when I started telling people that I was going to the Misselwood Concours D’Elegance that was being held at Endicott College. I started hearing things like, “That’s where my mother went” or “that’s where my mom worked, she was in charge of the language department.” Of course I also heard a few people say, “Where’s that?” 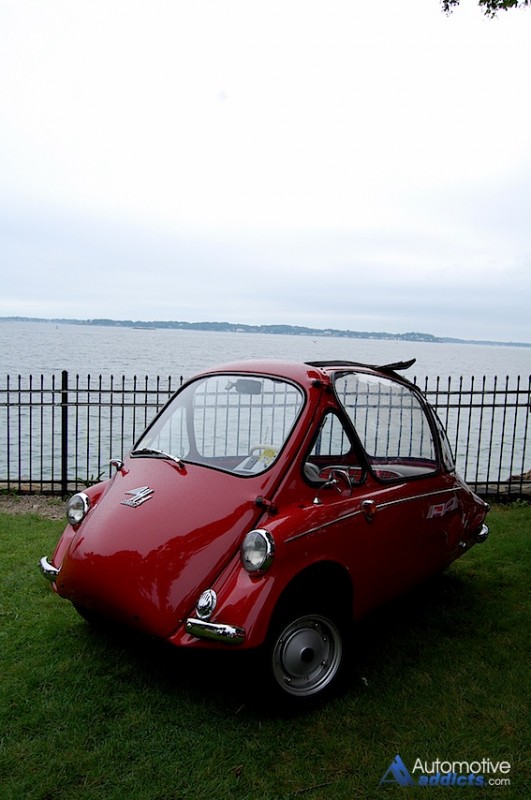 This particular Concours is a re-launch that started on the North Shore of Boston in 2010. The whole idea of a Conours D’Elegance started back in France with people showing off their carriages ‘back in the day.’ Over the years this has transformed to the events that you have today from Pebble Beach and Amelia island to Misselwood’s Concours and quite a few places in between. 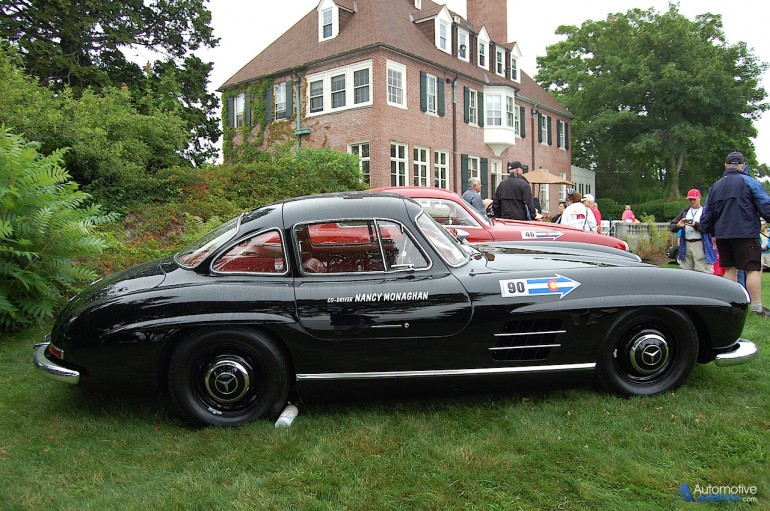 So I was getting excited to go to the Concours! Since I have been to a Concours D’elegance before I decided to bring my brother Pete along with me to get a ‘newby’s opinion. Thoughts of broad expanses of a golf course sans golfers and filled with gorgeous cares filled my mind. Large vistas that allow you to see all the cars and thousands of people milling about, but as we got closer I started to think that maybe this one would be a bit different. This isn’t the only Concours that is right on or near the ocean, but it is not right on a golf course that is near the ocean which in the end was quite nice. 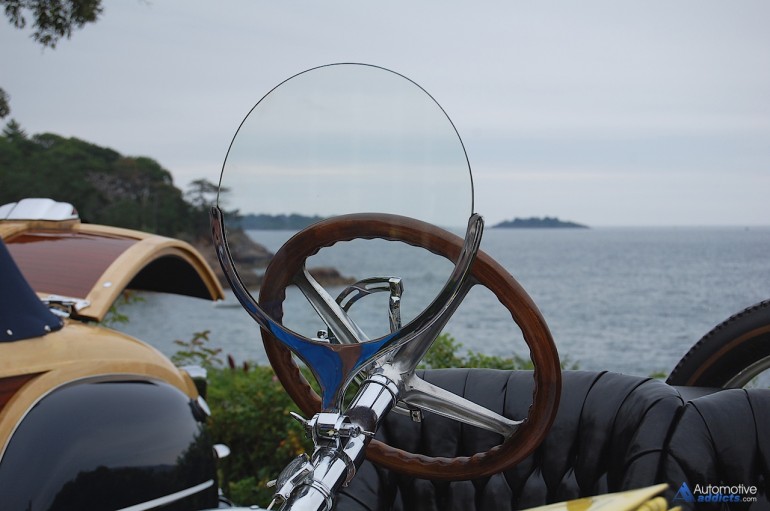 As I walked up I was not greeted by the usual broad vista of cars and crowds that you get at the Amelia Island Concours D’elegance. I walked in a gate and saw a few neat old motorcycles and a bunch of cars on the front lawn and I will admit that my first thought was, this is A LOT smaller than the other Concours I’ve been too . . . but, the neat thing is that you can’t see it all from any one viewpoint. One of the things that I ended up really liking about the Misselwood concours was that it is an intimate event. Every corner, every garden wall and every path brings you to another gorgeous car and view. At no point did you feel like you were just part of a huge crowd of people at a huge event. 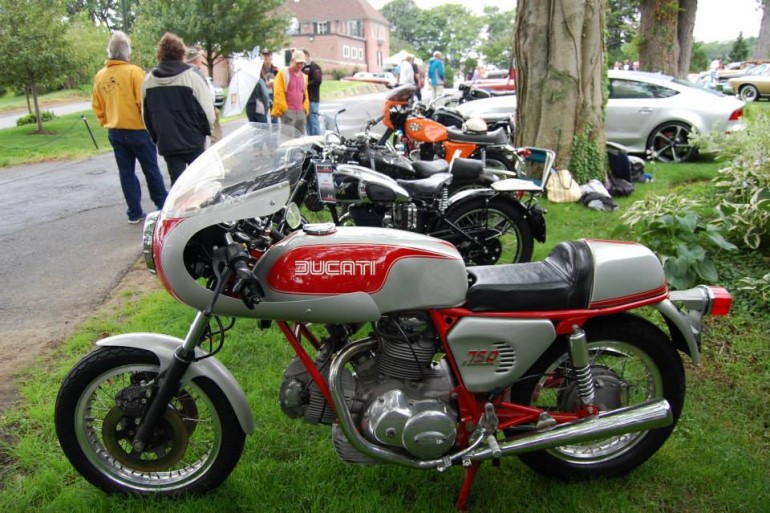 My brother Peter was amazed at the cars at the event. He says that the cars seem to be a level or two above the cars at most of the shows that he has been to. He liked being able to talk to the folks that own the cars and hear the stories about their time with the car. If he could request one thing he would like them to announce when a car was going to be started (if possible) as he really enjoyed hearing the #51 BMW race car and the Stutz Bearcat running. Which then made him wonder what some of the other cars sounded like when running. 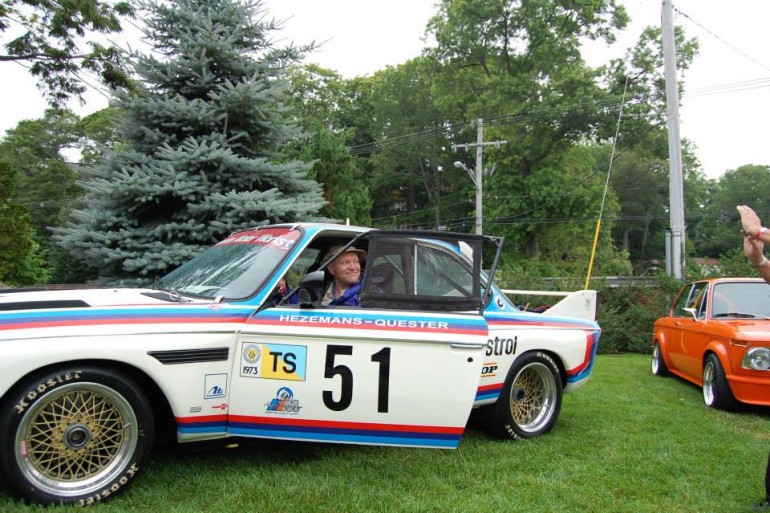 They really had something for everyone! A couple of times in the afternoon they had a fashion show in conjunction with Lorraine Roy at Bella Sera Bridal as well as a best hat competition. (I almost texted a pic to the editor to let him see what he was missing) Both were great ways to ‘spread out’ the interest of cars, beauty and design as well as help get young people involved in the event. There was one lady who took her son’s Gullwing Mercedes model and mounted it on her hat. It was actually done quite well and though the lady was quick to point out it was her son’s car, I give her kudos for taking a step out of her comfort zone and have a great day with her son. 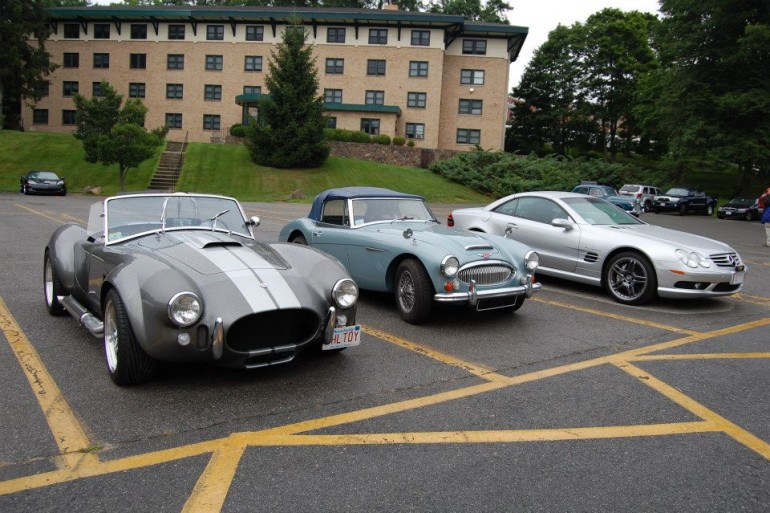 In the end the Misselwood’s Concours D’elegance held at Endicot College is a great event, a wide variety of cars, a gorgeous intimate setting and as I mentioned – a little something for everyone. If you’re in New England when it happens again next year I’d pop on over!