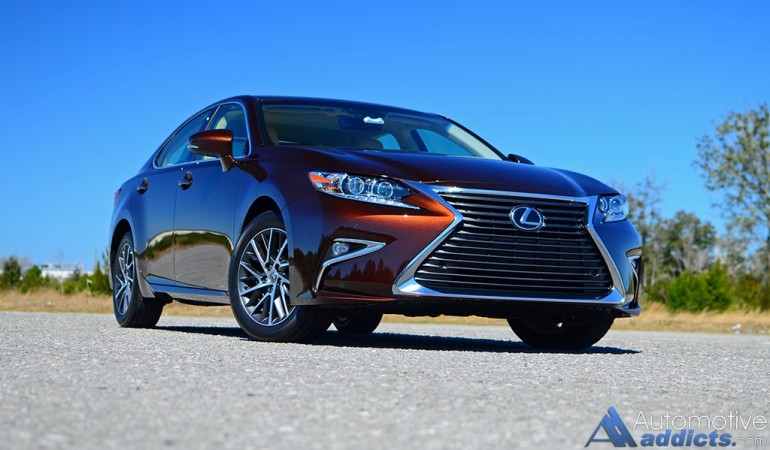 Among the long list of midsized luxury vehicles, Lexus has proven their precedence with the ES 350. Over the many years of its existence, the ES 350 has received minor tweaks to possibly make it the best front-wheel-drive luxury sedan on the road today in terms of quality, reliability and a consistent luxury appeal.

>> Get the best price on the Lexus ES350 from a network of local dealers now. << 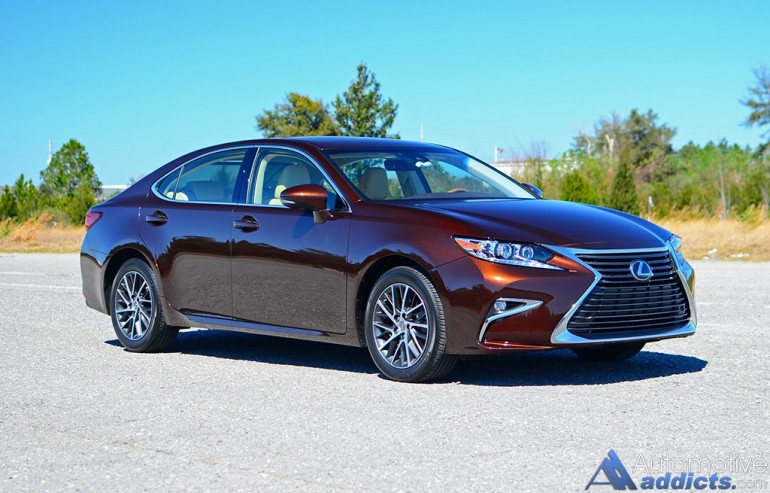 While the 2016 Lexus ES 350 gets a few styling and feature updates for the model year, it retains a conservative approach to offering style, luxury and respectable performance. Featuring the highly praised and silky smooth 3.5-liter V6 engine, with 268 horsepower and 248 lb-ft of torque, the ES 350 paces itself well on public roads and highways. Now, tuned to burn regular fuel, the ES 350’s easily attainable 21 mpg city and 31 mpg highway EPA fuel consumption estimates are little more attractive for the conscious buyer. Mated to a proven smooth shifting 6-speed automatic transmission, acceleration from the V6 engine is consistent getting up to 60 mph in about 6.9 seconds in our tests. 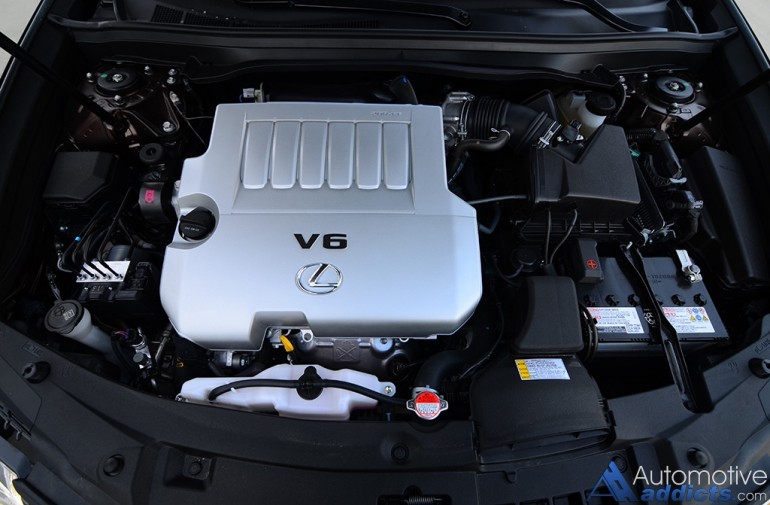 The overall soft feel of the ES 350 translates into just about every facet of its luxurious appeal and ride quality. The ES 350 isn’t a sports sedan by any means. Though, the ES 350 finds its handling traits to be predictable yet soft at any level of lateral acceleration. You can think of the new ES 350 being the finest of sponges, it soaks up pavement imperfections it is eager to extract decent acceleration when demanded. The numb steering fails to translate much road feel to the driver while the nicely damped and methodical movements of the suspension system somewhat isolate all occupants from the road amidst a rather quiet cabin. The latest 2016 ES 350 appears to be the quietest the ES has ever been thanks to added sound deadening for the 2016 model. 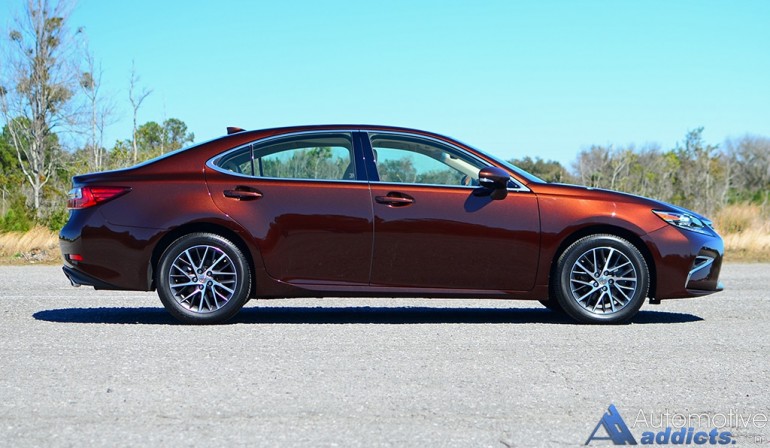 The ES 350 eats up bumps and rough road surfaces and only lets small amounts of the V6 engine’s growl into the cabin. While the ES 350 won’t win over any enthusiasts, it still has an eagerness to accelerate quickly and assure the driver with enough performance to briskly navigate curvy back roads. There is no doubt about the ES 350 being tuned towards the side of luxury even though it has a sport drive mode, one of the three Drive Mode Select settings (Eco, Normal, Sport), which advances throttle position, adds a little weight to the electric-assisted steering, and holds gears longer. 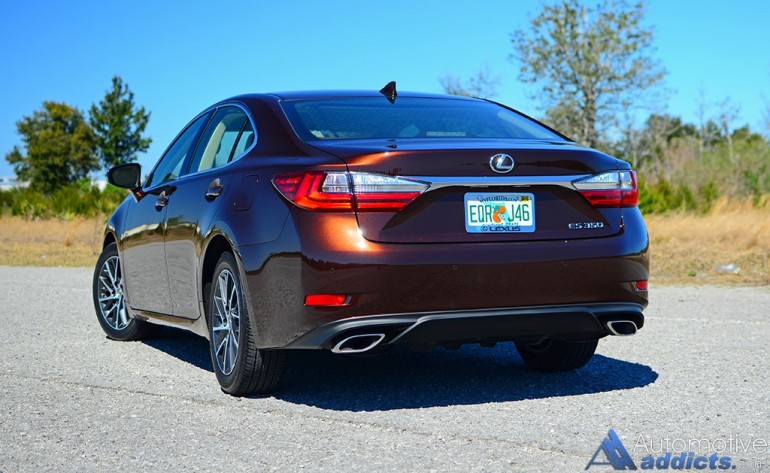 The softness of the Lexus ES 350 translates well into the interior. My nearly loaded ES 350 test vehicle came equipped with a Luxury Package adding perforated heated and ventilated leather seats up front with a minimal amount of bolstering. The 8-way power adjustments on the front seats proved to be plentiful for finding the optimal driving position even for my 6-foot-3-inch frame. Legroom is abundant up front and out back with the rear seats having a class leading 40-inches to work with, which is over 4 inches more than the standard-wheelbase full-sized Lexus LS 460.

Adding to the serene atmosphere of the ES 350’s cabin, are the many soft touch surfaces and delightfully contrasted colors of the interior and minimal Matte Honey Bamboo wood trim. Lexus continues to keep things fresh with updates where the Lexus Safety System + package features an updated pre-collision system with pedestrian detection that also combines adaptive cruise control. Also, part of the Lexus Safety System + package, my ES 350 test vehicle is equipped with lane departure alert with steering assist. The blind spot monitor and rear cross traffic alert systems also prove to be beneficial in adding to the massive safety blanket combined with the standard backup camera. 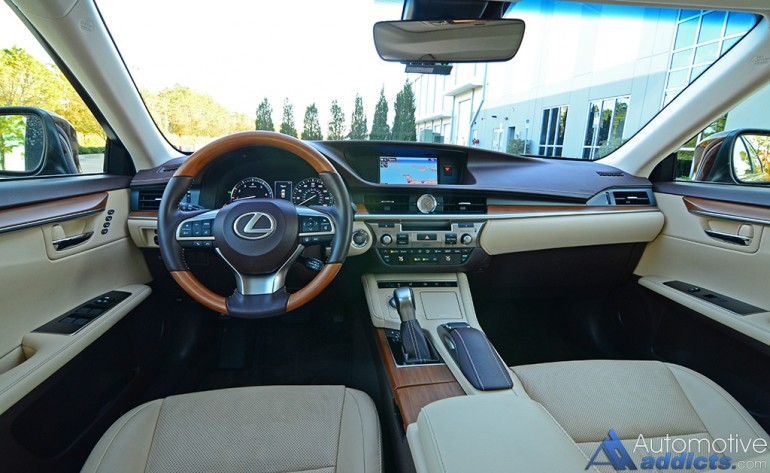 The latest Lexus infotainment system continues to be fed through an 8-inch LCD screen and familiar mouse-like Remote Touch interface. While the Remote Touch interface can be cumbersome for some, it is more of an acquired taste that you get used to over time. One thing to say about the Remote Touch interface and infotainment system, it doesn’t have many surprises, which eventually becomes user-friendly after initial acclimation. The dual-zone climate controls are straightforward as are other feature sets, such as the adjustments for the heated and ventilated seats, audio controls for the 15-speaker Mark Levinson sound system, and steering wheel buttons. 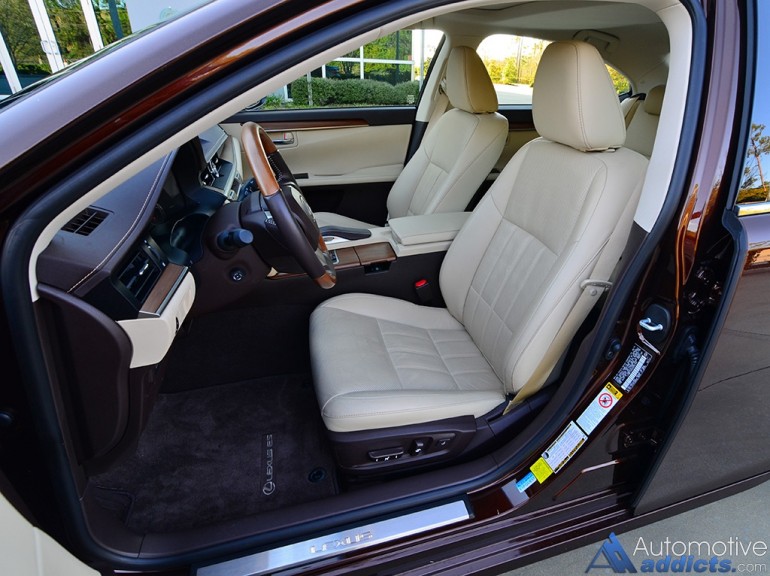 The many soft traits of the ES 350 translate nicely into its exterior with a contemporary design. The 2016 model year gets an updated front fascia featuring the now-traditional spindle grille accented with chrome trim. Also found, as an update for the 2016 model year, is the addition of remarkably bright Bi-LED headlights and LED fog lights. An automatic high-beam system is added through my test vehicle’s optional Lexus Safety System + package. 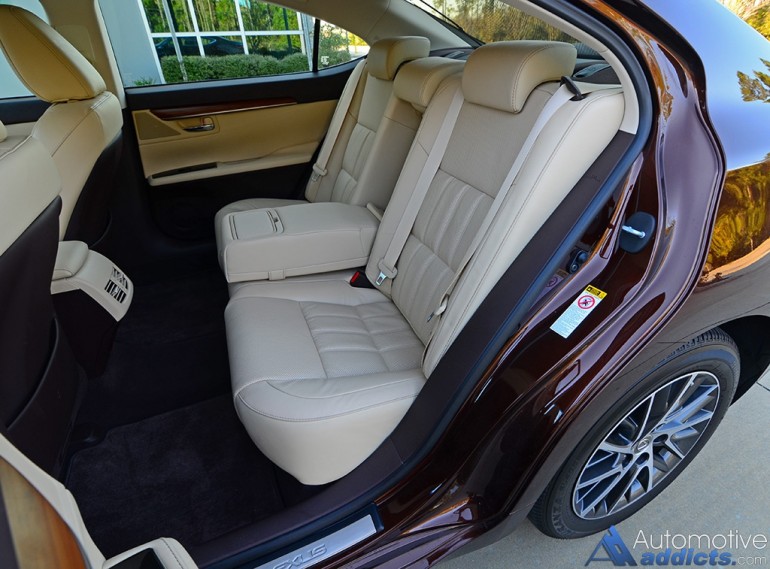 >> Get the best price on the Lexus ES350 from a network of local dealers now. <<