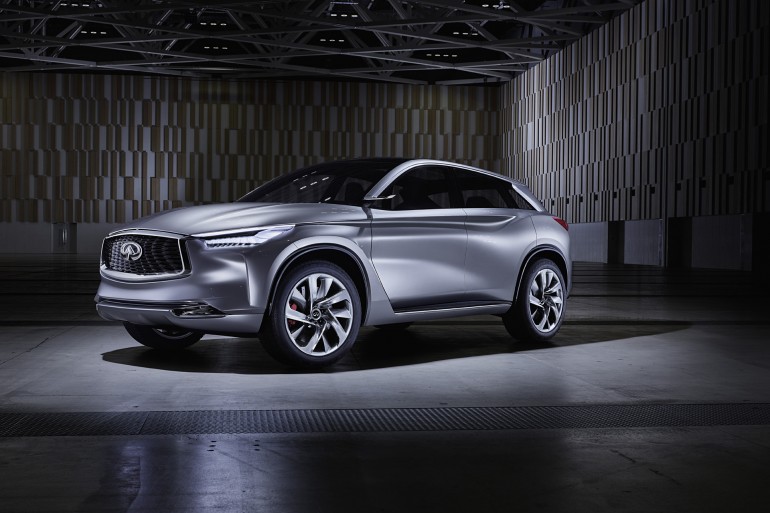 Here at the Automotive Addicts team we happen to own what is considered somewhat of a rarity, an Infiniti FX50S. For many years our Infiniti FX50S has served us well with zero issues and a roaring V8 engine that is no longer being made for the broad-shouldered midsized luxury crossover. 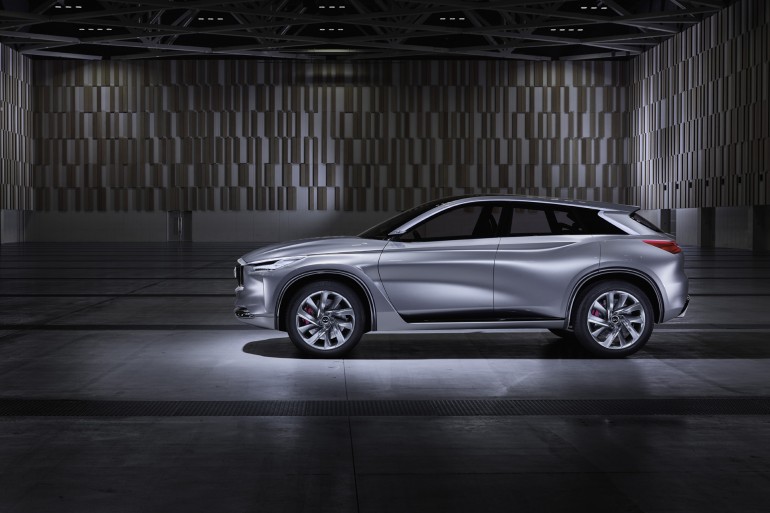 As progression in the automotive industry is something we can’t stop, we look forward to the next iteration of our Infiniti FX, which is now dubbed the QX70. In light of what will be the QX70’s successor, Infiniti releases a new QX Sport Inspiration Concept, which is believed to be the next chapter in the brand’s luxury midsized crossover segment and will be on display at the Beijing Motor Show this week. 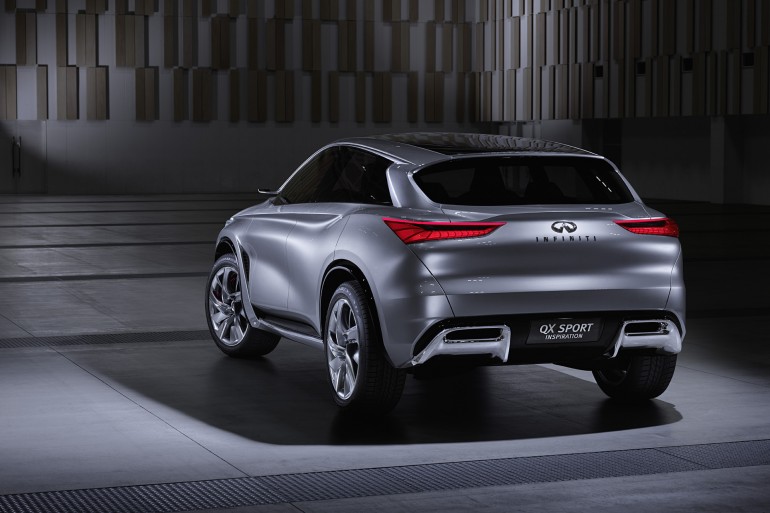 We’re hoping the next QX70, inspired from this QX Sport Concept, gets both the Twin Turbo 300-horsepower V6 and 400-horsepower V6 variant from the current Q50, which would mark a return to the two-level lineup that we enjoyed in the V6 and V8 FX crossover. 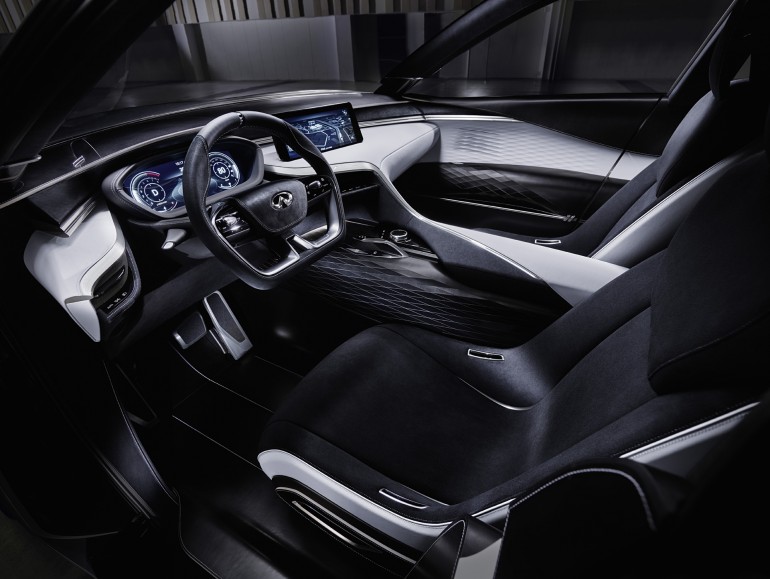 The QX Sport Inspiration follows a series of highly acclaimed concept cars such as the Q30 Concept, QX30 Concept, and Q60 Concept. The QX Sport Inspiration concept explores a vision of how Infiniti could once again demonstrate this successful approach in the mid-sized SUV class, one of the largest and fastest-growing premium segments. The new concept also lays down markers for the design, layout, and engineering of future Infiniti QX models.

The spacious and beautifully appointed interior follows Infiniti’s ‘driver-centric, passenger-minded’ approach to cabin architecture and is characterised by flowing lines and advanced craftsmanship. The interior’s colour palette – predominantly black and white with flashes of the hide’s natural tan colour – is striking, yet harmoniously blended through careful use of line, form, and texture.

Infiniti President, Roland Krueger, said: “The QX Sport Inspiration is a statement of intent from Infiniti, showcasing a daring design philosophy and a demonstration of our capabilities in the mid-size SUV segment.”

Alfonso Albaisa, Infiniti Executive Design Director, added: “The QX Sport Inspiration expresses power and purpose through what we describe as its ‘proportional clarity’, with an elegance that is uniquely Infiniti. The exterior design will appeal to an artistic sensibility. It has a more flowing, natural aesthetic than that evident in traditional premium SUVs.”

As a truly international brand, Infiniti has design, engineering and production facilities on three continents. As with all of its current production models, for the QX Sport Inspiration the company has been able to draw upon an eclectic mix of cultures and inspirations from across its global network of design studios in the United Kingdom, Japan, China and the USA.

The new Infiniti QX Sport Inspiration will be on public show at the 2016 Beijing Auto Show from 25 April to 4 May at the China International Exhibition Center. For more information on the QX Sport Inspiration, including images, please visit www.InfinitiQXSportNews.com.

Infiniti Motor Company Ltd. is headquartered in Hong Kong with sales operations in over 50 countries. The Infiniti brand was launched in 1989. Its range of premium automobiles is currently built in manufacturing facilities in Japan, the United States, United Kingdom and China.  Infiniti plans to also expand manufacturing into Mexico by 2017.

Infiniti is in the middle of a major product offensive.  The brand has been widely acclaimed for its daring design and innovative driver-assistance technologies.

From the 2016 season, Infiniti is a technical partner of the Renault Sport Formula One team, contributing its expertise in hybrid performance.