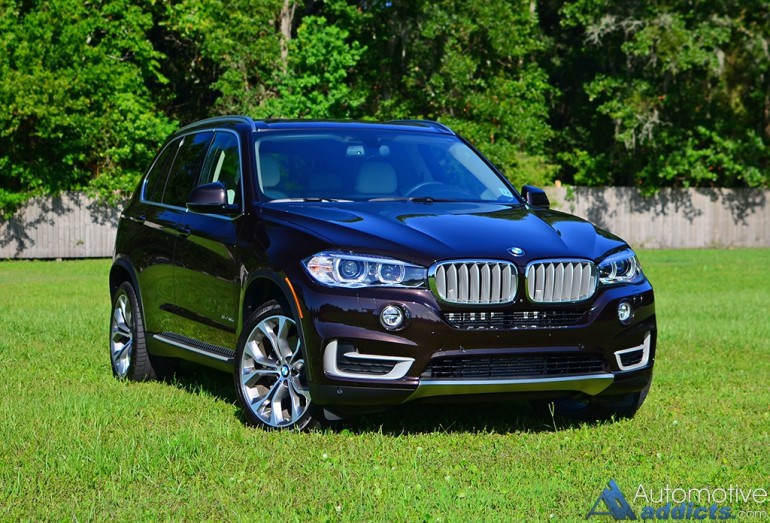 I have embraced the BMW brand for well over a decade now throughout ownership and my enthusiastic appeal for what I consider being among the best driving vehicles from a mainstream automaker. With that, BMW has pioneered the luxury crossover segment with their X5 from its origins back in 1999. Today, the BMW X5 has taken on a new face, one that pays homage to its roots but brings forth the best of what today’s technology offers in the form of a new plugin hybrid offering, the 2016 BMW X5 xDrive40e. 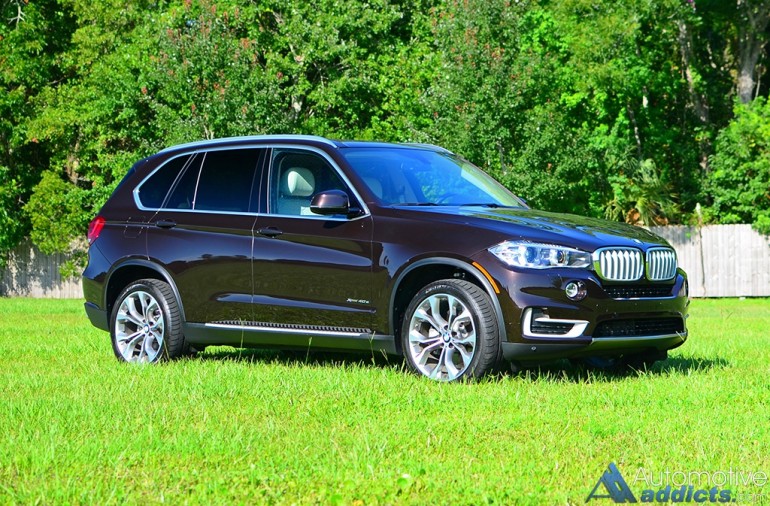 In the quest of clinging to electricity provided through a plug, the new BMW X5 xDrive40e combines the collective of the brand’s familiar turbocharged 2.0-liter 4-cylinder and meshes it with an electric motor for a total system power output of 308 horsepower and 332 pound-feet of torque. The system works in harmony to send power through an 8-speed automatic transmission and then to all four wheels. Together, all components work in a seamless fashion where there aren’t any noticeable lags or system hiccups when power is demanded. 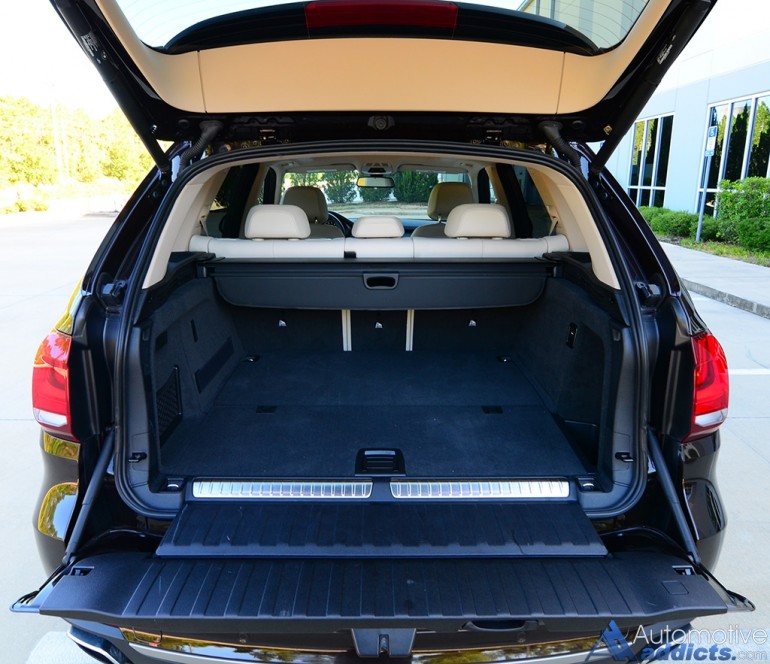 The BMW X5 xDrive40e’s electric motor, fed by a lithium-ion battery pack contained under the cargo floor that doesn’t encroach much on cargo space, supplements the turbocharged 4-cylinder engine with a great deal of power, which would otherwise be only 240 horsepower and 260 lb-ft of torque from the petrol mill. In a way, the electric motor fills in power gaps, such as initial starts where the instant torque thrusts the X5 forward with authority while cruising on the road the motor’s power fills holes while the engine spins near its optimal output range. It all works well, trust me on this. To the benefit of the hybrid powertrain working at its best, the X5 xDrive40e is good to run to 60 mph in 6.5 seconds, which is about a half a second slower than its all-gas-burning xDrive35i turbo-6-cylinder stablemate. In comparing the two, the xDrive40e may be a bit slower to 60 mph, but it feels more responsive from its electric motor assisting when needed, especially off of the line where the motor eliminates any turbo lag from the gas engine. 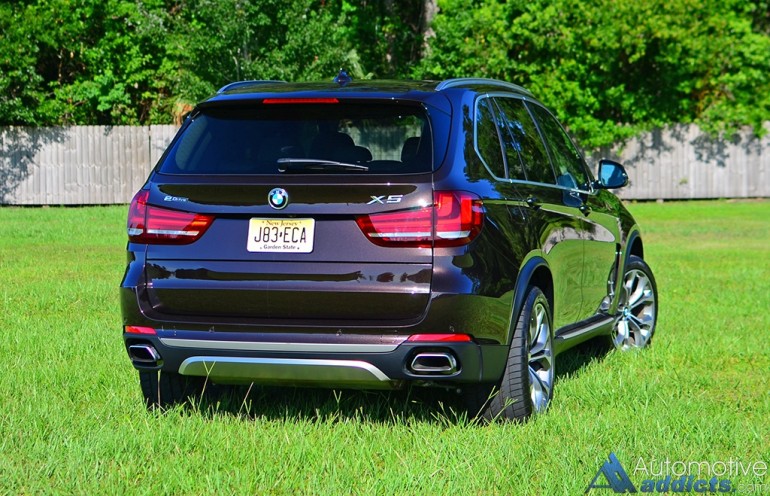 The benefits of the X5 xDrive40e over traditional hybrids without a plug-in option is its ability to operate in full electric mode for up to about 14 miles. There is a clever option of selecting the eDrive system’s setting to either lock the X5 into an all-electric mode until the battery is fully depleted, or an Auto mode to allow the system to manage electric and gas-burning duties. There is also a Save Battery setting that does what it says; it retains all charged battery energy for use at a later time. Speaking of charging, the X5 xDrive40e through the use of its provided 3.6kW onboard charger takes about three hours for a full charge using a Level 2 240-Volt charger. However, use of the factory-supplied 120-volt charging cord you may expect to wait it out for a full seven hours, entirely not worth the wait for 14 miles of electric range. 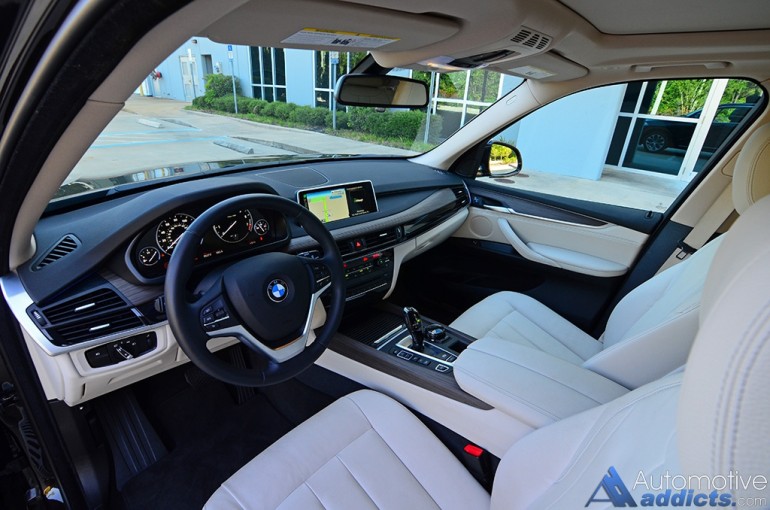 Getting down to the fuel consumption and efficiency numbers, an area where most buyers will want to see the true benefit of the X5 hybrid, the xDrive40e has an EPA rating of 56 MPGe in combined driving. That figure takes into consideration of performing a trip that starts off with a full-charged battery and then allowing the eDrive system to manage power distribution automatically. Though the lessening factor remains to be when the gasoline engine kicks over, and you will expect to get 23 mpg city, 25 mpg highway, and 24 mpg combined. While those numbers only tell part of the situation, it is prudent to mention that fuel consumption remained consistent during my week-long test. Taking the X5 hybrid on the highway I saw a steady number as high as 26.8 mpg cruising at the posted Interstate speed limit. On the flip side, a steady 24 mpg was returned when muddling through inner-city traffic. While the numbers remained to be respectable for a crossover SUV of the X5’s beefy and tall stature, the estimates deplete the overall value perception of forking out just over the as-tested $70-grand price tag for my test vehicle. Probably the best part of the hybrid system is its ability to return even better mpg numbers with conscious driving where you focus on efficient use of regenerative braking, slow acceleration, and plenty of coasting where the system may shut the gas engine off for moments even at highway speeds.

The creature comforts of the new 2016 BMW X5 xDrive40e are plentiful just as they are with any new X5. At the hybrid trim level, BMW included extra equipment over the base sDrive35i rear-wheel-drive model, which is part of the higher price point starting at 62,100 for the xDrive40e. Some buyers may balk over the fact that BMW offers a diesel variation for a starting price of $57,700, which has the same 0-60 mph time yet returns 30 mpg on the highway. 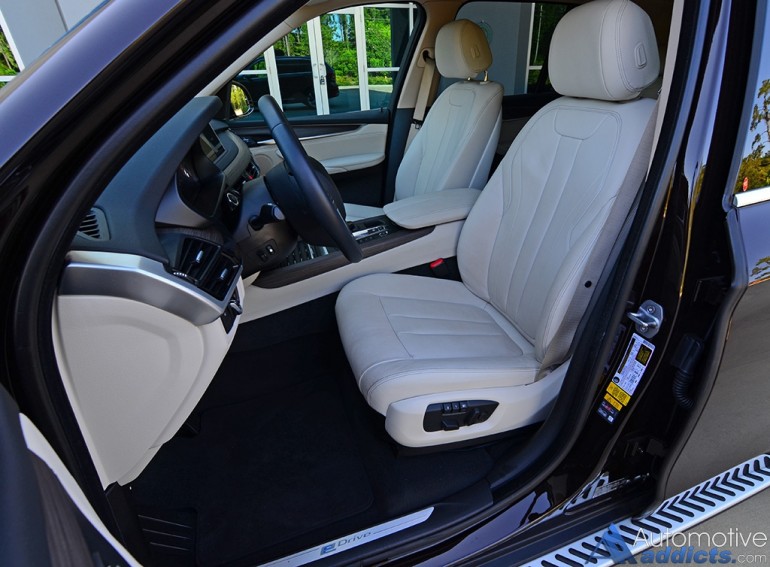 The 2016 BMW X5, in all of its trim levels, provides many luxury appointments and a lavish cabin that is encapsulated in several high-quality materials and soft-touch surfaces. The low beltline of the interior permits large and tall windows for a massive greenhouse that is easy to see out off and navigate the X5’s stable chassis. The ride quality of my X5 xDrive40e is good, and it adapts well to different road qualities with its dynamic dampers. Though, the Sport drive mode setting was the aggregable choice for the suspension dampers as it kept the hefty 5,220 pounds from lofting around when there were major road imperfections or larger humps to ride over. Still, the X5 hybrid has the traditional BMW quality of its enthusiastic driving character despite weighing over 5,000 pounds. Part of my X5 hybrid test vehicle handling so well was thanks to its optional massively wide 315-section rear Dunlop Sport MAXX tires out back and 275s up front wrapping 20-inch alloy wheels. Surely the optional 20-inch wheels aren’t part of helping the overall fuel economy. However, I did like them, and the meat on the back only made the X5 hybrid look more menacing apart from its staring bright daytime running LED quad halo rings with massively-sized kidney grills ready to eat up whatever lies in its path. 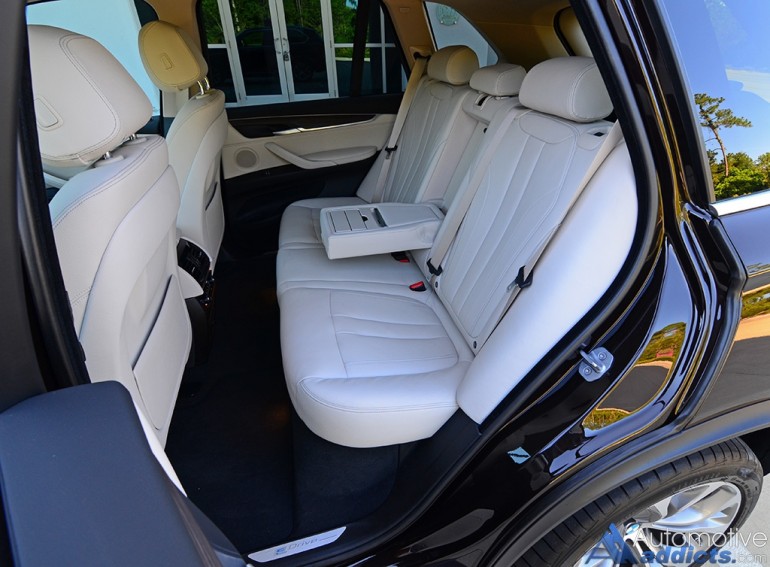 At the end of the day, the new 2016 BMW X5 xDrive40e hybrid is ideal for those who don’t mind shelling out the extra cash with no hopes of getting a return for the vehicles hybrid function. The X5 hybrid is almost a misnomer, one that will only mitigate one’s desire to have a smaller carbon footprint yet still drive a decently-sized luxury SUV.