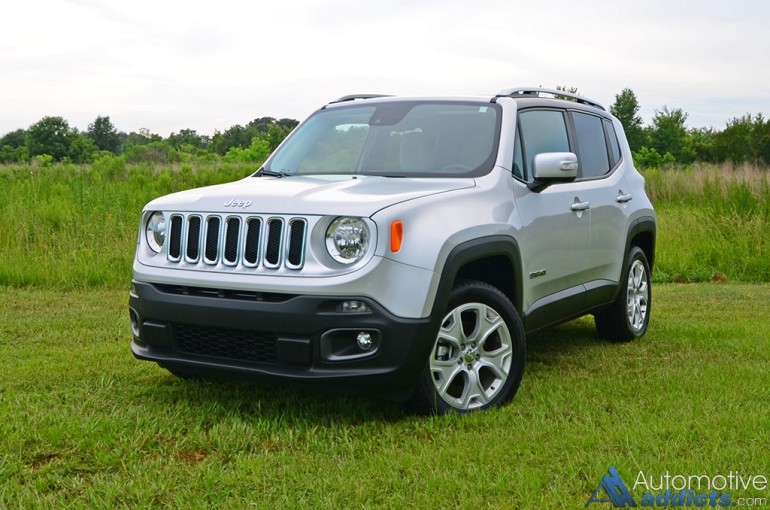 Jeep celebrates a milestone this year marking 75 years of existence. In the latest movement from the brand, with a lot of help from is FCA (Fiat Chrysler Automobiles) alliance, there are products like the new Renegade that have set Jeep on a new journey to captivate a larger audience who may seek a tightly knit subcompact crossover SUV with a hint of off-roading chops.

>> Get the best price on the Jeep Renegade from a network of local dealers now. << 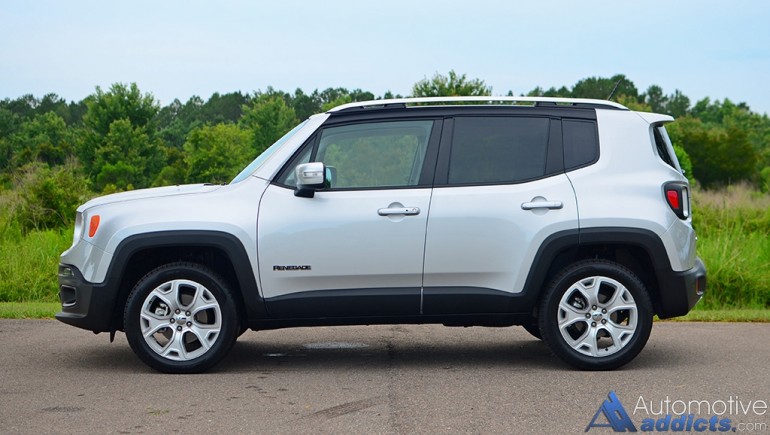 Getting the fact that the Fiat 500X is mechanically related to the new Renegade, many aspects are improved upon that start with the Renegade’s Jeep-inspired design and a better sense of road and off-road-going abilities. With that, the Jeep Renegade is compelling to be fun and enjoyable transportation that has a good ride quality.

Powered by a 2.4-liter 4-cylinder engine that makes 180 horsepower and 175 lb-ft of torque mated to a 9-speed automatic transmission, the Jeep Renegade scoots around in a lax fashion. Performance isn’t the Renegades forte, but it is aggregable for inner-city commutes and occasional light off-road duty thanks to my top-trimmed Renegade Limited 4×4’s four-wheel-drive lock mode and Selec-Terrain traction management system. On the road, the Renegade muddles about without much zip in its quest to reach highway speeds. 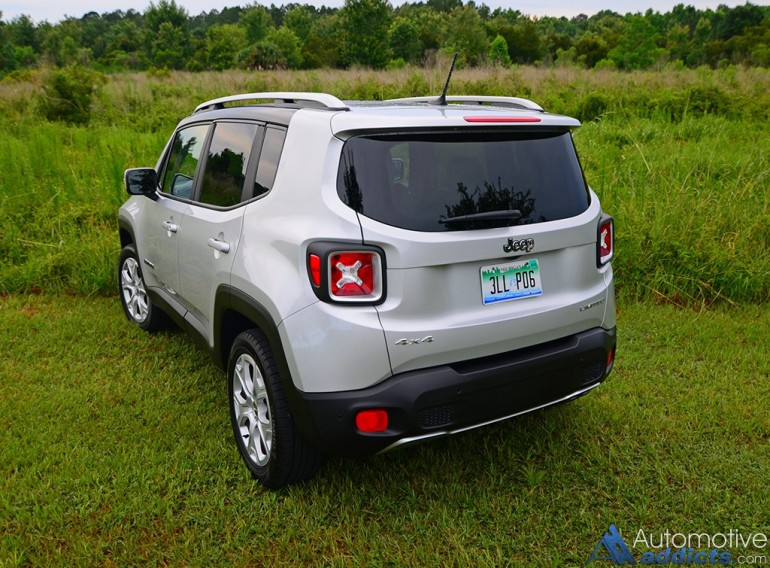 The Renegade’s engine buzzes along with somewhat of a brash sound while the 9-speed transmission lazily shifts throughout its gears whereas ninth gear is more reserved for highway and interstate speeds on level surfaces. Having as many as nine gears is a challenge for both the engine and transmission control to keep the proper cog selection. At times the transmission is indecisive and continually downshifts to keep the Renegade on pace as the 2.4-liter MultiAir engine fails to have enough low-end grunt to hold onto higher gears upon mild acceleration. Moreover, the modest power output is part of the towing capacity only being 2,000 pounds, which may tote around a couple of jet skis with the proper trailer configuration. Without towing anything, you can expect a 0-60 mph time of about 9.7 seconds for the Renegade Limited 4×4, which is almost in line with its direct subcompact crossover SUV competition. 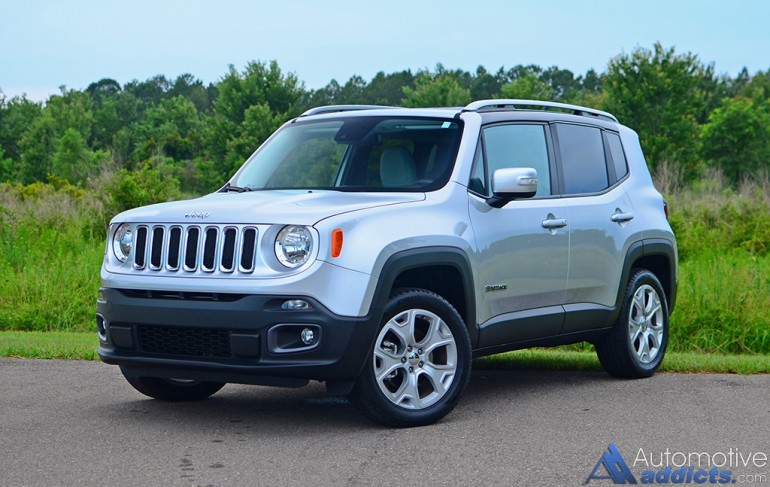 The EPA estimated fuel economy for the Renegade Limited 4×4 is 21 mpg city and 29 mpg highway. While I was seldom able to get those figures, the Renegade Limited 4×4, due to its indecisive transmission and conflicting pulling power, isn’t consistent about returning decent fuel consumption figures. For the most part, I returned a much better city mpg figure of about 22.8 mpg, and a slightly lower highway figured compared to the EPA estimate, getting about 27.7 mpg. 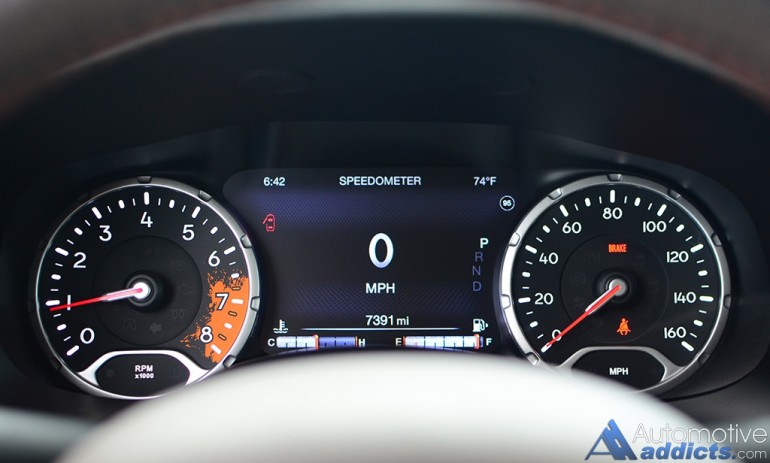 Cruising down the road you can’t help but notice an abundance of wind noise followed up with the confusion of the 9-speed transmission. Though, hopefully, to make matters better, the Renegade has a good ride and stability about it. The proper driving position can take a while to find through use of the 8-way power driver’s seat as the Renegade visually feels as if it is much bigger than it is. I’m not sure if that’s a good thing or bad thing. I suppose if you’re looking for a subcompact crossover that still gives you a sense of owning the road then the Renegade will appease. 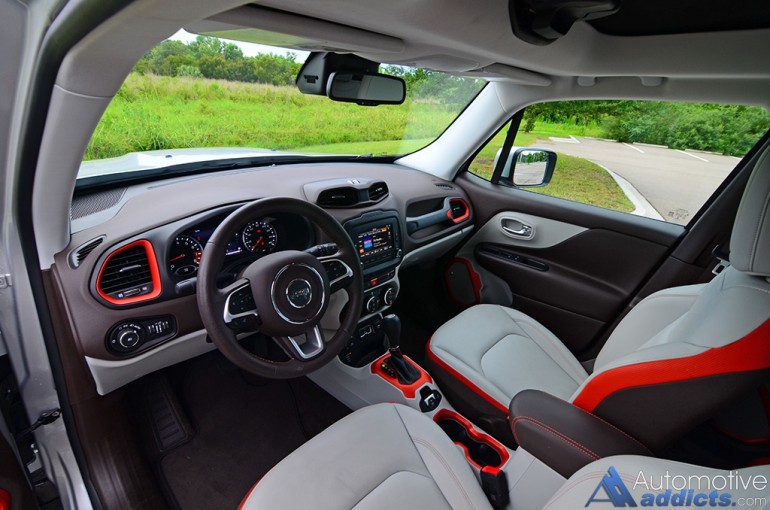 The unique design and character of the Jeep Renegade take it a long way to overshadow its lackluster performance. Apart from the traditional Jeep-esq front-end design, there are a plethora of Jeep logos and insignias throughout the interior and exterior. The chiseled body of the Renegade also plays a part in its Jeep traditionalism and ends with the tacked on Willys-inspired tail lights and the X design marking the spot from Army Jerry cans. No doubt that there were some afterthoughts from designers that made its way into the Renegade to make it one-of-a-kind for the Jeep brand. 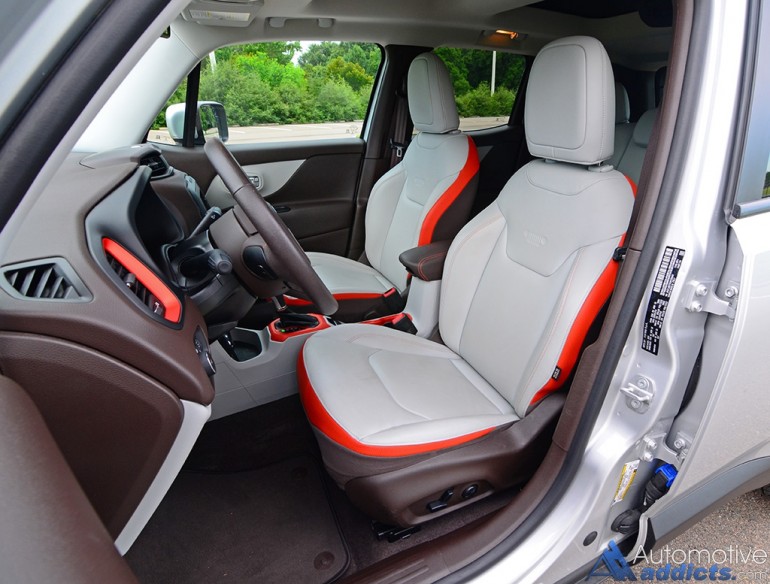 To finish off the inspired Jeep heritage in the smallest offering from the brand, my Renegade Limited 4×4 features My Sky power-sliding and removable roof panels. The two panels can be removed for a taste of what Jeep enthusiasts have been enjoying for 75 years now. 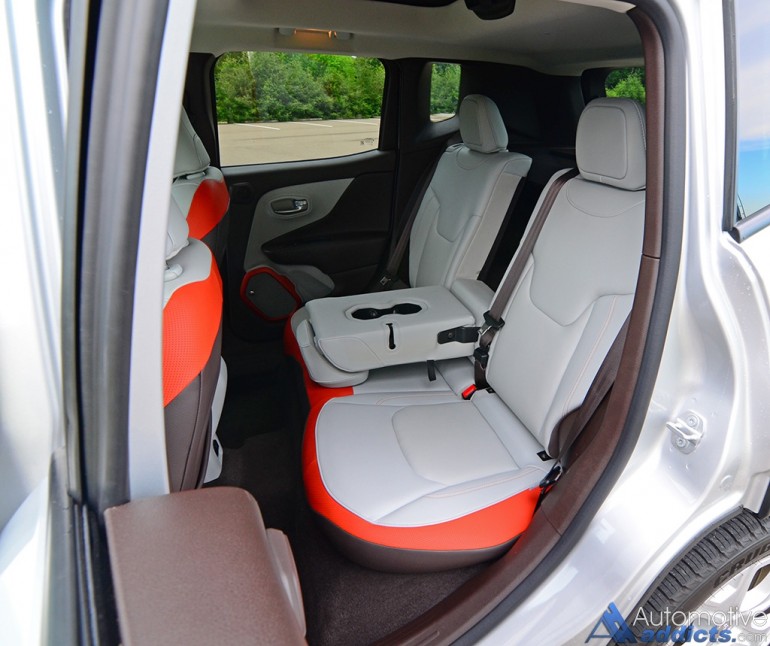 Getting into the makeup of the cabin, the Jeep Renegade has several hard plastics throughout but they are mostly contrasted with different bright colors for an attractive palette. The dashboard is made up of a soft-touch material, also with an accenting color, to encapsulate high-mounted center vents, a uniquely colored gauge cluster with center color LCD information screen, and a 6.5-inch touchscreen featuring the latest user-friendly Uconnect infotainment interface. As part of one of the few changes for the 2016 model year found on my Renegade Limited 4×4, are automatic rain-sensing wipers and a Beats-branded 9-speaker audio system, which doesn’t have a sound quality to live up to the hype surrounding the audio branding. The other change for the 2016 model year is the removable cargo flashlight is no longer available. 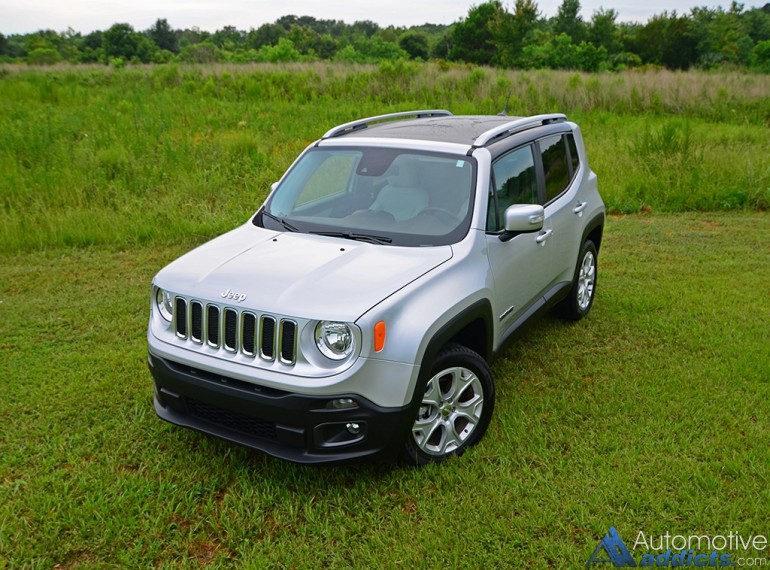 The leather seating in the Jeep Renegade fits the same attractive contrasting mold as the dashboard and door trim featuring a variety of colors in my Limited 4×4-trimmed test vehicle. The heated front seats have ample adjustability but just like the rear seats they are initially firm and not something you will feel comfortable in on a long trip. The rear seating is short on leg room but is convenient for opening up the otherwise small cargo area through a 40/20/40-split folding seat back that can also act as a middle section pass-through. Total cargo capacity with the seats in place is 18.5 cubic feet and opens up to just over 50 cubic feet with the seats folded. 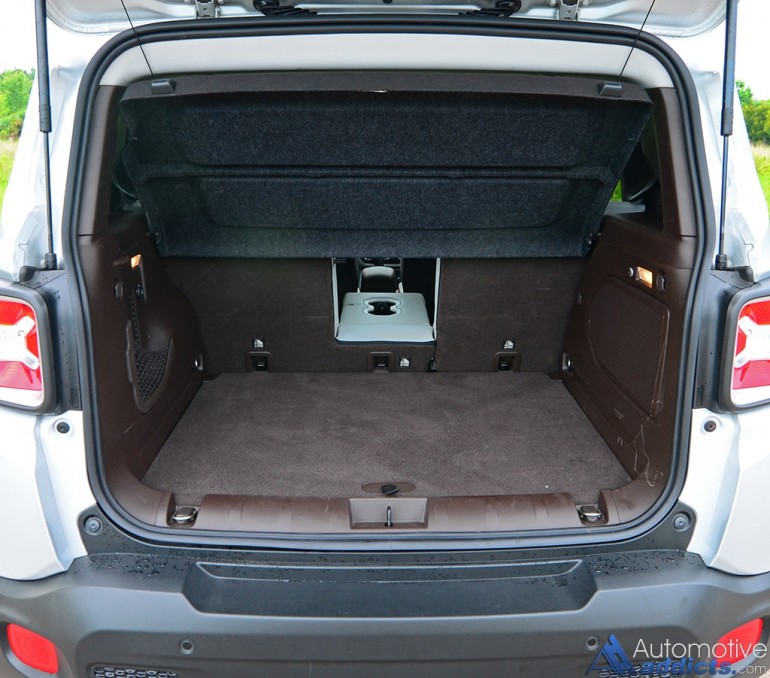 At the collective of its parts, the 2016 Jeep Renegade Limited 4×4 is a cheeky vehicle that goes well outside the boundaries of normal in its design. I suppose such a theme is what many manufacturers are targeting in their line of subcompact crossovers. With that said, FCA has done the Renegade justice in forming the impression that the Jeep brand has on light-hearted enthusiasts and those who seek something “different.” The low starting price of the 2016 Jeep Renegade at $18,490 for the Sport front-wheel-drive model captivates many in wanting basic transportation but with a Jeep-styled flare. My loaded-up 2016 Renegade Limited 4×4 has an as-tested price of $33,560, including a $995 destination charge.

>> Get the best price on the Jeep Renegade from a network of local dealers now. <<