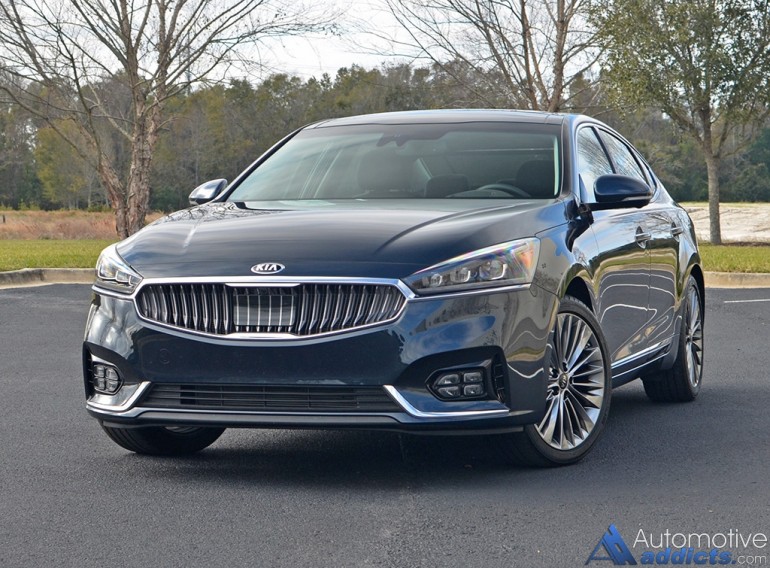 If history in the automotive world teaches us anything, we learn that it’s a brutal place and unless you have a long-standing nameplate here in America, you could easily get lost in translation. Though, getting lost doesn’t necessarily mean that you’re bad, such as in the case of vehicles like the Kia Cadenza.

Kia has always had an uphill battle to get its Cadenza luxury sedan on a level playing field with its competition when it comes to recognition and the hard sales numbers. With well under 10K Cadenzas sold each year, no one would have criticized the brand if they killed off the full-sized sedan. Though, Kia has decided to strive on with the introduction of a redesigned Cadenza, which to my surprise, has the goods to and luxurious appointments to run with its competition. 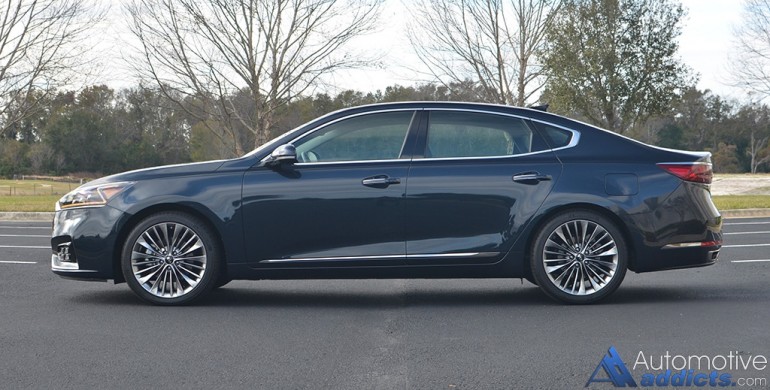 For the 2017 model year, the Kia Cadenza is fully redesigned bringing a new level of refinement putting it in a place to stand firm in its full-sized luxury skin. Under the new Kia Cadenza’s sleek and luxury-classed skin, you will find the brand’s latest direct-injection 3.3-liter V6 engine producing 290 horsepower and 253 lb-ft of torque mated an 8-speed automatic transmission to power the front wheels. On the performance front, the Kia Cadenza is never confused with a sports sedan where it has a subdued ride quality tuned more to the area of luxury. Moreover, the way in which the Cadenza drive’s pays homage to the Korean brand created its most luxurious front wheel drive car, which nearly lives up to its larger rear-wheel-drive K900 sibling’s luxury goals. 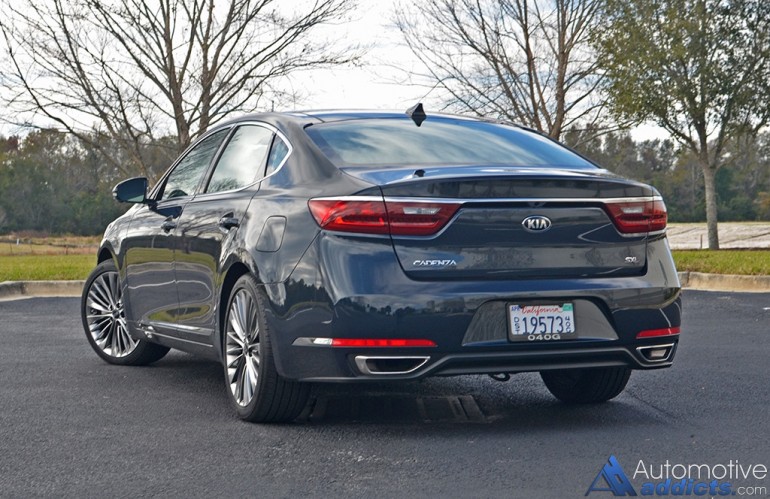 The soft suspension and unassured footing of the front wheels often breaking loose at the mercy of traction control prevents the Cadenza from having many sporting characteristics. Though, in Sport mode, one of four drive modes (Smart, Eco, Comfort (default mode), Sport), the transmission tends to shift a bit sooner and reduces some of its lag in downshifts which otherwise requires additional right-foot action for it to select the proper gear when passing power is demanded. Fundamentally, the Cadenza is no worse than vehicles like the Toyota Avalon when it comes to performance. Getting up to 60 mph requires about 6.8 seconds in our tests, which is nearly on par for the Cadenza’s direct competition. 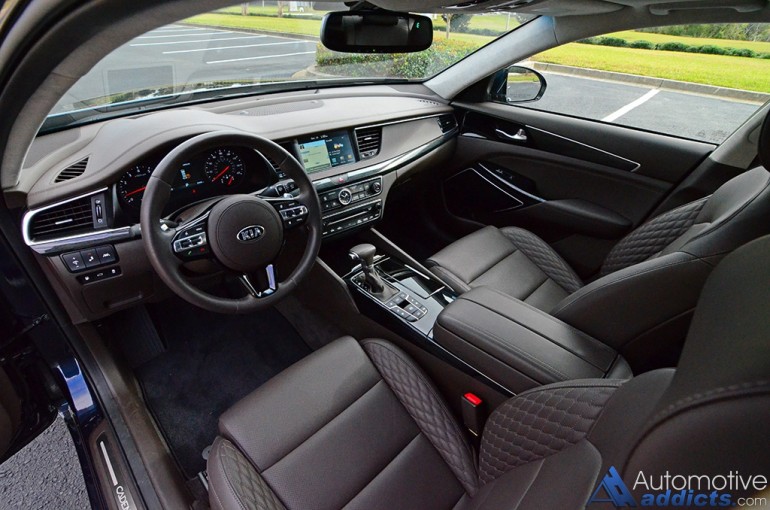 Fuel consumption for the new 2017 Kia Cadenza is mostly on par for other V6-powered competition at 20 mpg city and 28 mpg highway. During my drive, I noticed a steady 27.8 mpg highway and 21 mpg around town. Eco mode only slightly improved the consumption figures matching that of the EPA highway mileage.

Where the Kia Cadenza shines brightly, is its vast cabin and plethora of active safety features and luxury amenities, such as heated and ventilated front seats, heated rear outboard seats, a 360-degree parking and backup camera system, adaptive cruise control, and several soft-touch surfaces with accent color pallets to exude a nice dose of luxury. The interior also features a massive amount of front seat adjustability forward and aft. The seats prove to be much more comfortable on long trips than the outgoing model year. Though, the rear seats are somewhat cut short on headroom and lack the ability to be folded to add to the trunk’s cargo capacity. Fortunately, the trunk has a vast 16 cubic feet of space to work with, matching that of the largest capacity from its direct competition. 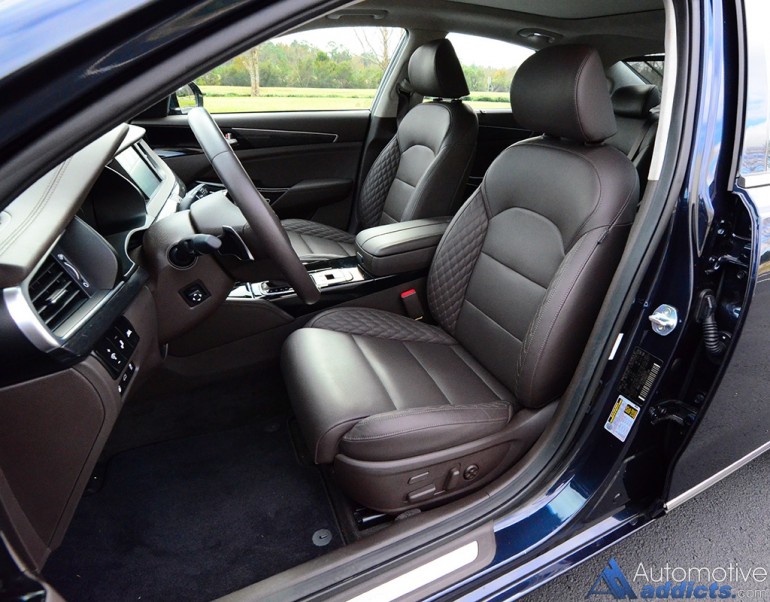 Kia pulled out several new stops when it came to the development of the new Cadenza. The luxurious interior and uniquely styled exterior, much in part thanks to new design language instilled by Hyundai/Kia global design chief Peter Schreyer, is innovative and forward thinking. Much in the design area, the Cadenza moves away from any old negative connotations of the brand, which is a good thing to receive more recognition deep into the automotive luxury spectrum. 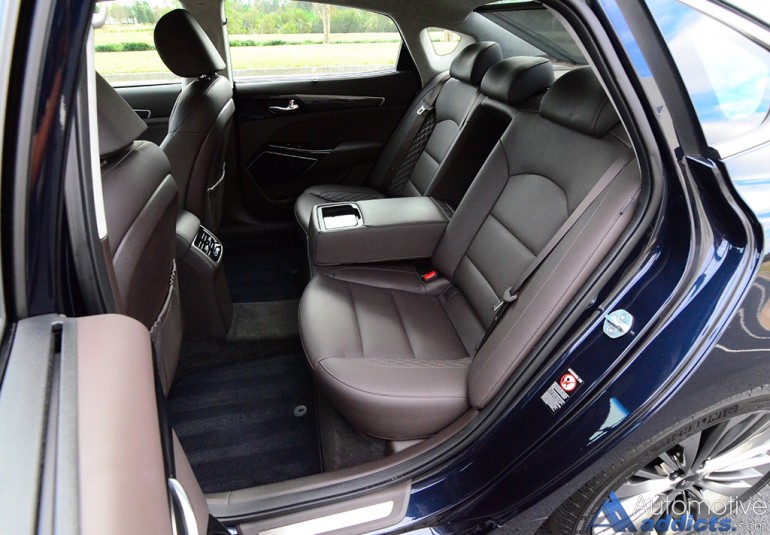 The use of advanced technology pays dividends in the design, inner workings and infotainment system of the new Kia Cadenza. The new Cadenza also has the availability of active safety features, such as blind-spot monitors displayed in the color heads-up display, forward collision warning with autonomous emergency braking, and lane departure warning. The latest infotainment system of the Cadenza now features Apple CarPlay and the traditional simple menus and controls of other Kia and Hyundai vehicles, which is a good thing considering the unit’s proven user-friendliness and fast response to inputs and controls.

As far as a standout vehicle, the Cadenza is deserving of some added recognition. By styling traits alone, the Cadenza is one of the more attractive full-size front-wheel-drive sedans on the market and in its top-level Limited trim, the Cadenza features several traits that add to its visual and functional appeal, such as 19-inch wheels, a large panoramic sunroof with a power sunshade, automatic LED headlights with auto highbeam, LED fog lights, power-adjustable heated steering wheel with paddle shifters, 10-way power driver’s seat with memory and 4-way lumbar adjustment, wireless phone charging, power opening and closing trunk, power rear sunshade, manual rear side window sunshades, upgraded perforated leather seating surfaces with quilted leather bolsters, and automatic wipers. 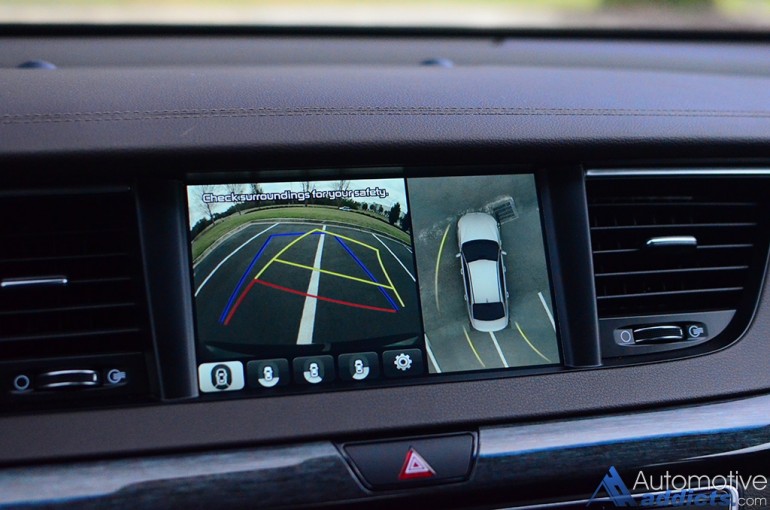 The pricing for the new 2017 Kia Cadenza for the base Premium trim level starts at $31,990 before any fees. My loaded up Cadenza Limited comes in at $44,390 before destination and delivery charges. Is a luxurious Kia sedan worth $44K? It depends if you really care about your luxury sedan having a Kia badge in place of what otherwise would be something from a long-standing luxury brand but with a much higher price of admission.