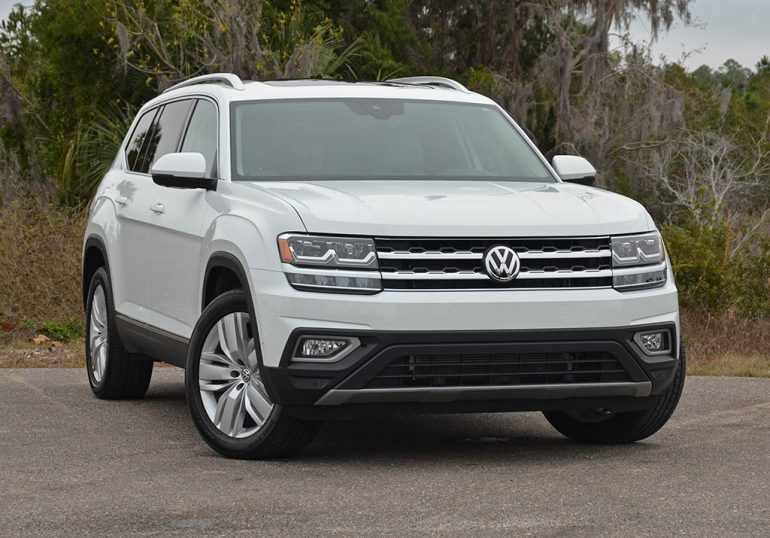 The appetite for SUVs and crossovers continue to dominate today’s automotive landscape overshadowing the traditional cravings for sedans. In knowing what is capturing record sales, Volkswagen has introduced an all-new crossover to its lineup in the form of the all-new Atlas, a 3-row passenger utility vehicle that is said to complement the new Tiguan and Touareg to accommodate those who seek additional seating. 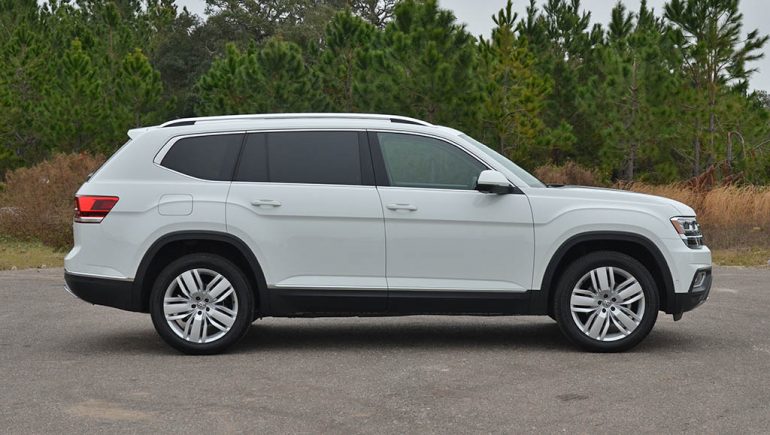 In its mid-sized form, the all-new VW Atlas plays to a middle-of-the-row offering when pitted amongst its Tiguan and Touareg counterparts. As such, the VW Atlas offers much more than you get in the Tiguan but not much more than the Touareg with the one exception of seating for seven passengers. Not to mention, the Touareg has a higher comparable price than that of the all-new VW Atlas, with less seating to boot. 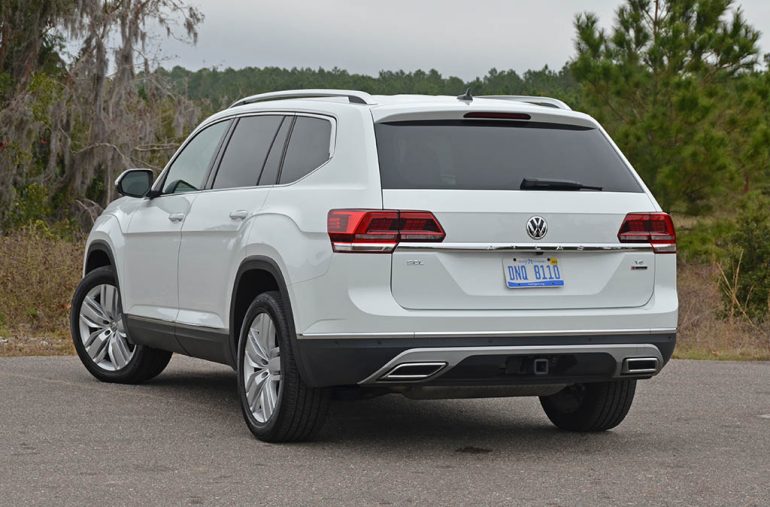 Powered by the narrow-angle V6 engine that has been a workhorse for the brand for decades, the new 2018 VW Atlas in all trim levels except for the base S trim get 276 horsepower and 266 ft-lbs. of torque directed through an 8-speed automatic transmission to all four wheels on my top-trimmed SEL Premium 4Motion test vehicle. The power output numbers are rather on the smallish side for a V6 engine for today’s standards. Though, driving the new VW Atlas power feels adequate but could use a bit more polishing and grunt through the powerband to get the 4,700 pounds moving with a bit more authority. The overall performance of the Atlas appears to be somewhat lagging the competition and mostly falters with a suspension system that all too spongy and permits a lot more body motion than most. Even though there are a few different drive modes through the Atlas V6 SEL Premium 4Motion’s car settings menu, neither of the modes benefit the loose control of the body as there are no adaptive dampers, something the Atlas could greatly benefit from. Even getting up to 60 mph took me about 8 seconds on average, hardly the thrill ride. 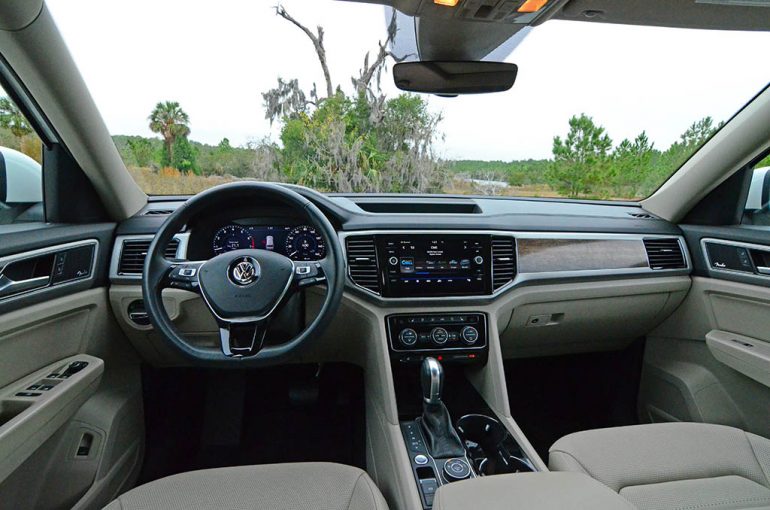 Fuel consumption for the all-new VW Atlas comes in at 17 mpg city and 23 mpg highway for the 4Motion trim levels. The front-wheel-drive V6 models get 18 mpg city and 25 mpg highway, which are both short of the base Atlas S model getting 22 mpg city and 26 mpg highway but at the sacrifice of much less power to tote around up to seven passengers and cargo.

While thrilling the driver and other 6 passengers isn’t the forte of the new VW Atlas, getting precious cargo to a destination comfortably and safely is, and the Atlas does just that time and time again without fail. Most of what makes up the all-new Volkswagen Atlas’ unique character is somewhat of a boxy design that appears to be a new design language from the VW brand. The boxy shape makes way for a mostly roomy interior space that is exceptionally accommodating. Moreover, the cargo space with all seats in place, about 21 cubic feet behind the 3rd row of seats, is plentiful – as is the cavernous space of 97 cubic feet with the third and second-row seats are folded flat for one spacious flat floor for anything you fit through its rear handsfree power tailgate. 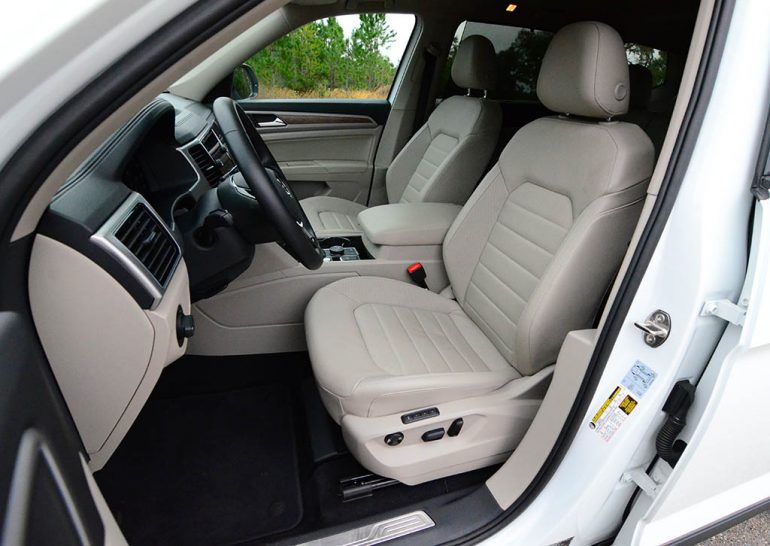 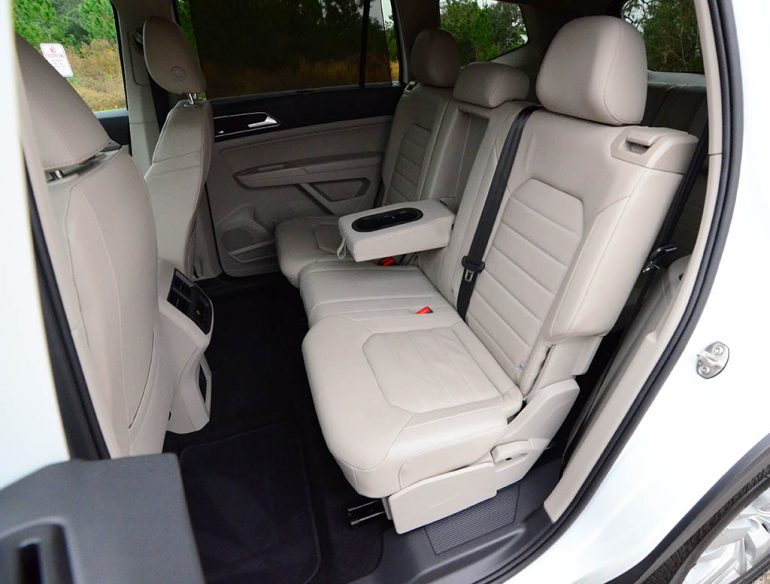 On the side of tech, the all-new Volkswagen Atlas doesn’t skimp and even offers a full array of active safety features sprinkled through the upper-level-trims. One thing to note about the new Atlas trim levels, there are a lot of them and if you don’t opt for the SE with Technology trim level you may be missing out on a few desirable active safety features and welcomed amenities. I will also say that the top-level SEL Premium trim level affords a near-luxury-like experience combining an 8-inch Discover Media touchscreen with navigation and the new Volkswagen Digital Cockpit, which is somewhat of a page taken out of VW’s Audi luxury brand. The VW Digital Cockpit doesn’t have as many viewing options as ones found in Audi vehicles, it is still a clever feature that attempts to keep the driver’s attention focused ahead even when viewing the navigation mapping. 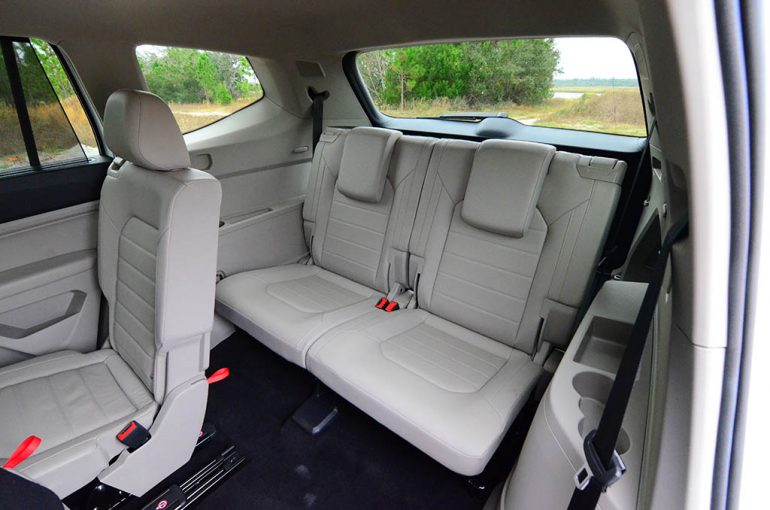 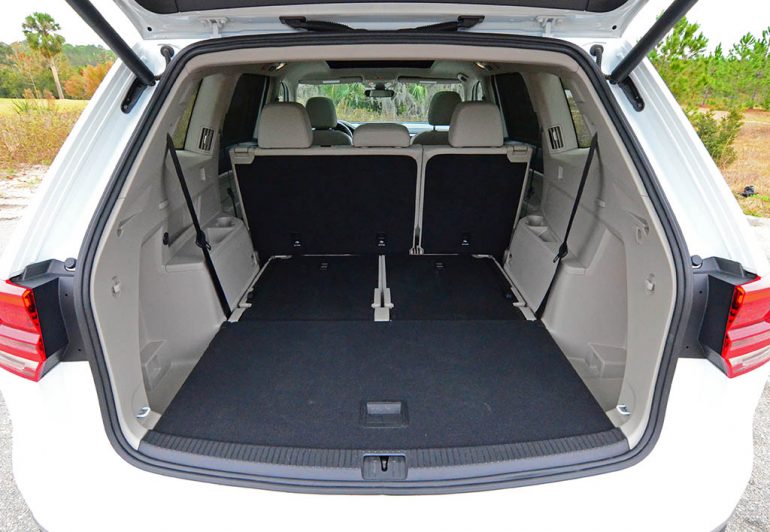 Volkswagen’s newest SUV is more of a bargain than one that attempts to perform over the top considering a low starting price of just $30,750 for the base Atlas S 2.0-liter turbocharged 4-cylinder engine with 235 horsepower. Moving all the way to the VW Atlas SEL Premium may seem like a long stretch. Though, the incremental changes and addition of many welcomed luxury amenities and active safety features is the more attractive package, which will set you back $48,470 in its loaded form. Such pricing is appealing especially when you get a vehicle that is as large and nicely packaged as the new Atlas.