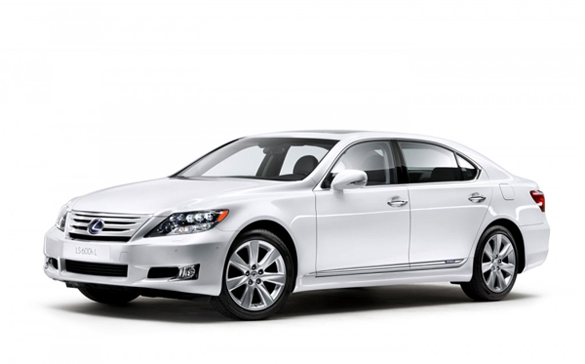 Lexus, or as Autoblog calls it, Toyota’s Buick, has performed a little cosmetic surgery on the Lexus LS600h and GS450h. At the same time they have introduced an IS250 F-Sport edition that is suppose to make the IS250 “more sporty” I guess. Is this how Lexus is going to celebrate their 20 years of making some of the most reliable and luxury cars on the road? Probably!

I have said it before and some people bashed me for saying it, Toyota and Lexus are plain boring. And now, I will say it again… “Toyota and Lexus are boring!” Take it how you want to take it but that is just a fact with just the slight exception of the IS-F, but that’s a whole other story.

Lexus has made a name for themselves 20 years ago and all else has been history. Even today, Lexus still continues to chase the Germans in the performance arena but they have excelled past others in the quality arena a long time ago. The newest LS600h and GS450h have received a slight facelift that make them look more Toyota-ish in my opinion. The official images released just recently, reveal more of the same boring styling that we have been accustomed too when it comes to Toyota and Lexus.

Along with the facelifts, Lexus promises some major changes and upgrades to equipment specs and seating configuration. Supposedly the driving dynamics have changed as well. Maybe I spoke too soon, Lexus may actually drive like BMW for the 2010 model range. HA, I think that is just wishful thinking.