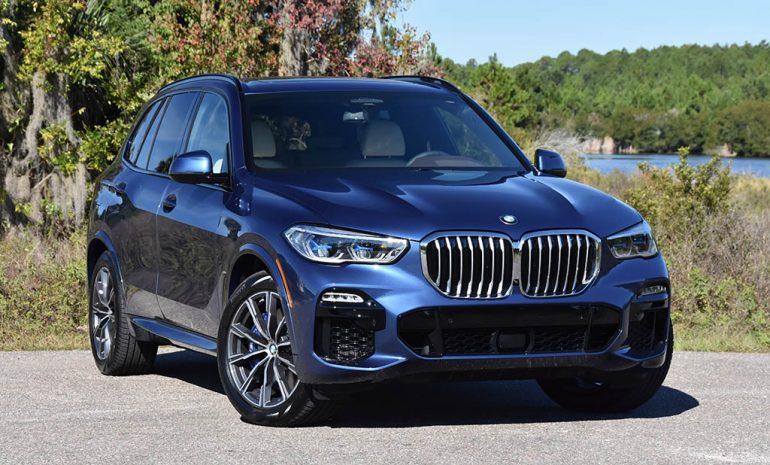 As one of the originators of the luxury and performance SUV, BMW continues a tradition of giving the masses what they want in many different offerings when it comes to captivating the growing demands for SUVs and crossover vehicles. The latest BMW X5, after a full redesign, has grown into its unique skin taking advantage of today’s tech forward-thinking design.

After a week with the redesigned 2019 BMW X5 in its top-level xDrive50i trim, I am well pleased with how the X5 has grown up over its nearly 20 years of existence. The new X5 continues to be offered in a variety of flavors with a few different engine choices. Starting off in the states with the initial offering of the Bavarian brand’s latest turbocharged inline 6-cylinder engine with 335 horsepower and my nicely-equipped X5 xDrive50i with its twin-turbo V8 outputting a healthy 456 horsepower at 5,250-6,000 rpm and 479 lb-ft of torque that peaks between 1,500 and 4,750 rpm. Mated to a ZF-sourced eight-speed automatic transmission the new X5 xDrive50i darts to 60 mph in just 4.6 seconds, which is pretty quick for such a hefty SUV tipping the scale at 5,170 pounds. 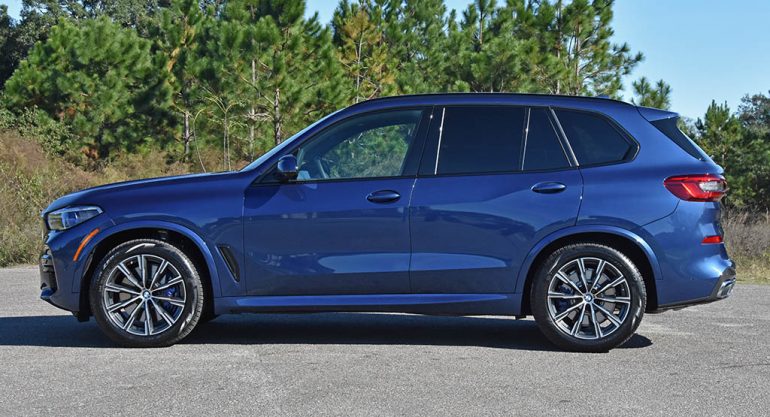 Performance has always been at the forefront of most BMW vehicles and the newest X5 xDrive50i doesn’t disappoint. From its sharp steering, thanks to a servotronic power-assist and rear-wheel steering, the X5 can be easily navigated through tight parking lots easily swivel the rear end around tight bends with confidence in handling from the adaptive dampers. Most of the driving character of the X5 is seamless without fault while it gives the driver and passenger a surprisingly smooth ride quality. I will say, my test vehicle came with the standard 20-inch wheels, which is somewhat out of the ordinary for a top-trimmed BMW X5 with the add-on M-Performance goodies. In such a guise one may opt for the optional 21 or 22-inch wheels that are staggered with 315-width rear tires, which may slightly decrease the ride quality but add additional lateral traction and overall grip. 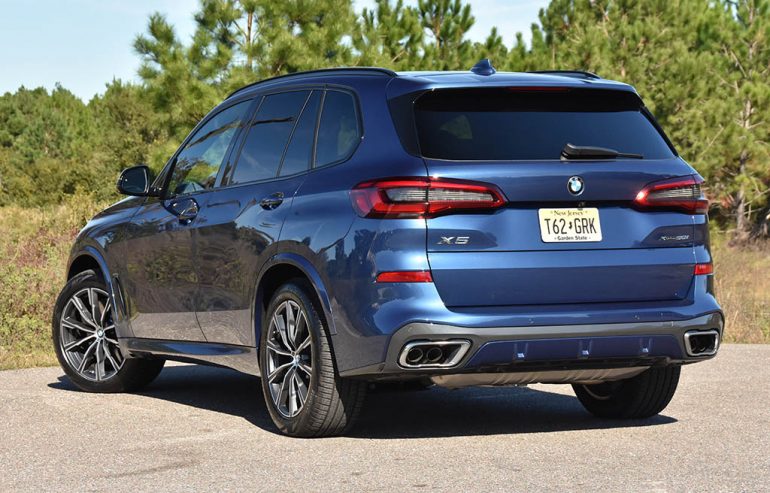 The smooth power delivery and snappy shifts all take place effortlessly as the X5 xDrive50i moves with authority. The balance and handling of the X5 is well above most of its direct competition as it feels light on its feet and even more so when you select Sport or Sport+ drive modes. A Sport-Induvial mode is also available to customize several driving and feedback aspects of the X5, such as the steering feel, throttle response, adaptive damper setting, and even the exhaust sound coupled with the engine response. 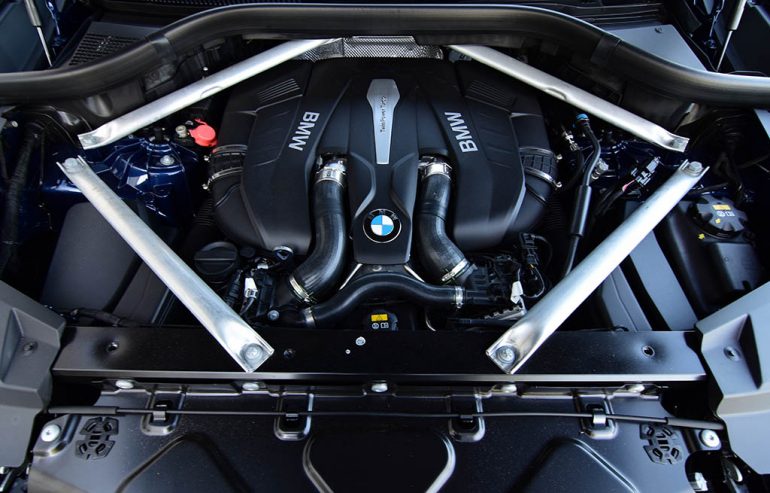 While the BMW X5 wasn’t the first of its kind out of the gate when it first launched in 1999, it did however set a benchmark for its unique segment and pushed the envelope even further with the introduction of the X5 M. While the xDrive50i is as close as you can get to a redesigned X5 M, I have a built-up anticipation for such after driving the latest X5 as it already has eyebrow-raising performance out of a luxury SUV.

Fuel economy is on par for a vehicle with a high level of performance and a twin-turbo V8 at the helm. I came away close to the EPA-estimates of 17 mpg city, 22 mpg highway, and 19 mpg combined.

In owning a BMW myself, I can agree that BMW was somewhat lacking in the interior and appointments area for a while. However, the new 2019 X5 somewhat redefines how the brand is committed to luxury appointments raising the bar in all of the creature comforts, luxury amenities, and comfort of their midsized SUV. The new X5 plays to a new tune with its interior redesigning mostly every aspect to garner larger seating areas, comfortable but supportive seats, and plenty of gadgetry to keep you on the edge of your seat in an attempt to balance attention to the road or viewing either of the large 12.3-inch screens on the dashboard. The latest iDrive infotainment system is further upgraded with new menu sets and a customizable home screen. Last year’s system was well perceived by me as the best iteration of iDrive thus far. The 2019 BMW X5’s iDrive system remains very responsive and intuitive but it tends to lose some of its user-friendliness when you attempt to perform certain functions on the fly. I think BMW had a slight miss-step in some of the initial screens of the system. Otherwise, the iDrive system remains to have a familiar interaction through the iDrive controller and physical buttons. The touchscreen and gesture controls add a welcomed redundancy of controlling the system, which most will agree on. 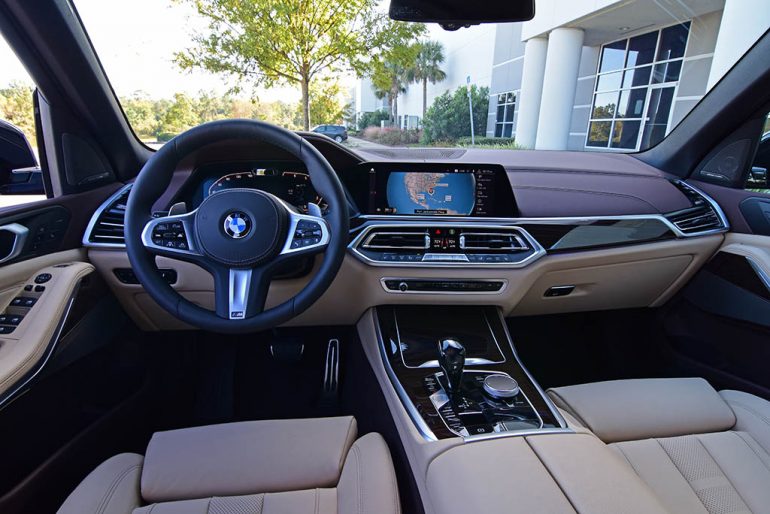 The added passenger volume and cargo capacity is another welcomed aspect of the new BMW X5 as well as making wise use of the seating areas. I found that the X5 has ample room for tall passengers and a high level of seat adjustability. Visibility is excellent with the taller-than-normal windows thanks to a lower-than-normal belt line, another traditional characteristic that is retained in the X5. The use of a nifty 360-degree camera system with a virtual walk-around view is a nice touch but I am not so sure you could use the system quick enough to prevent those waiting for you to maneuver out or into a parking spot – they may view you as another stereotypical BMW driver. 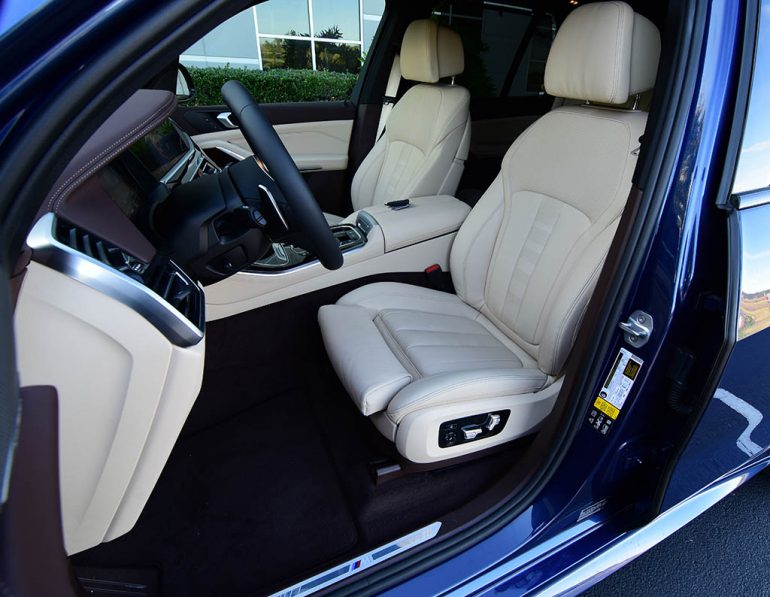 In the full scheme of things, the new 2019 BMW X5 has improved in just about every area you can think of. The exterior styling may be somewhat objectionable as the kidney grills with active shutters up front may be a bit too polarizing for some due to their massive size. Also, outside the X5 buyers will have the option to select the stunningly bright LED Laser headlight system with auto highbeams. I had a chance to experience the lighting on dark back roads, and I can attest to them being the best headlights on any car I’ve driven thus far. They quickly adjusted their height and had a sharp focus on the road ahead as to limit any dark spots or areas that are commonly darkened due to the vehicle doing down an incline or hill. I can’t wait until the government allows manufacturers like BMW to fully enable the real capabilities of the Laser lighting system as found in my 2019 X5 test vehicle. 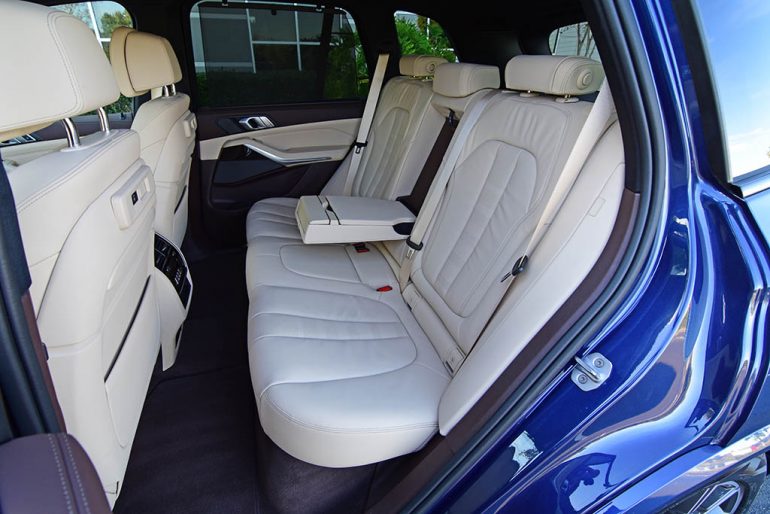 The new 2019 BMW X5 xDrive50i was a pleasure to drive and experience with my family over the holiday week. The only drawback, in my opinion, would be the pricing for the new X5. Over the course of the past few years, BMW has tacked on hefty prices and premiums for features and maintenance plans, which I’m guessing is more of a “following the crowd” thing considering other luxury automakers have substantial premiums to pay as well. My nicely-equipped 2019 BMX X5 xDrive50i tested out at a price of $91,005 with plenty of room to add on additional features such as the optional air suspension system, the larger 21 or 22-inch wheels, and third-row seats, which are reserved for small children due to the space constraints. It wouldn’t be hard to walk out of a BMW dealership having paid six figures for a new loaded-up X5 xDrive50i. The worth comes into play when you consider there isn’t much that drives close to a BMW and the new redesigned X5 surely has an edge on its competition in the performance arena for a mainstream midsized luxury SUV. 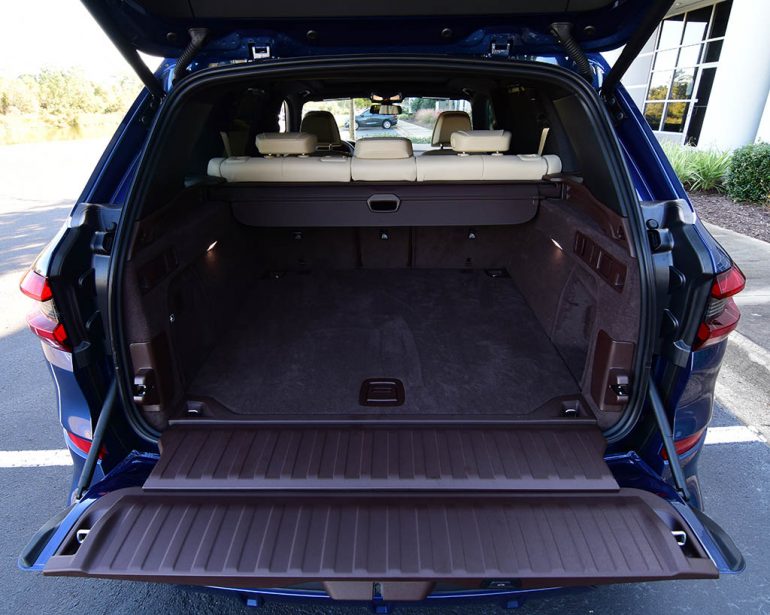