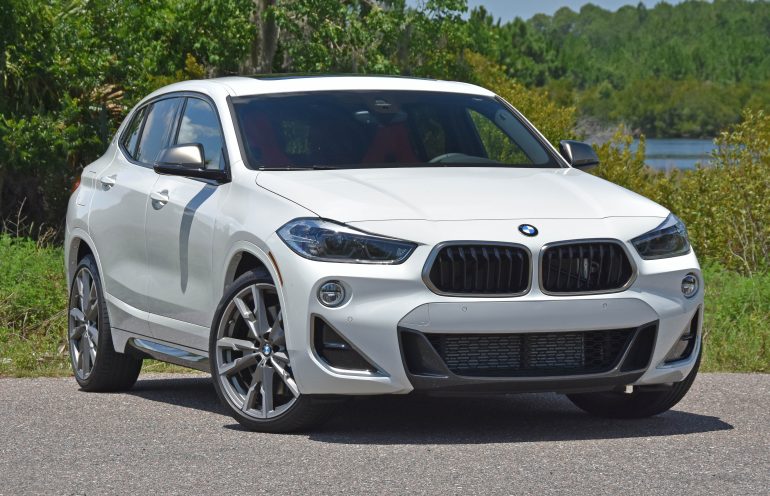 In the current state of our economy, automakers have been afforded the ability to toy with a few things within the spectrum of crossover utility vehicles. BMW has shown us that they aren’t afraid of being a little different with the X2 crossover, which comes in a couple of different flavors and one being quite the little pocket rocket that has graced my garage this week.

>> Get The Best Price On The BMW X2 from a network of local dealers now. <<

The BMW X2 M35i, a vehicle that has honestly surprised me with its daring performance all wrapped up in a slow-slung sub-compact crossover package, was a surprising experience for a vehicle that I would have otherwise never given a second glance. 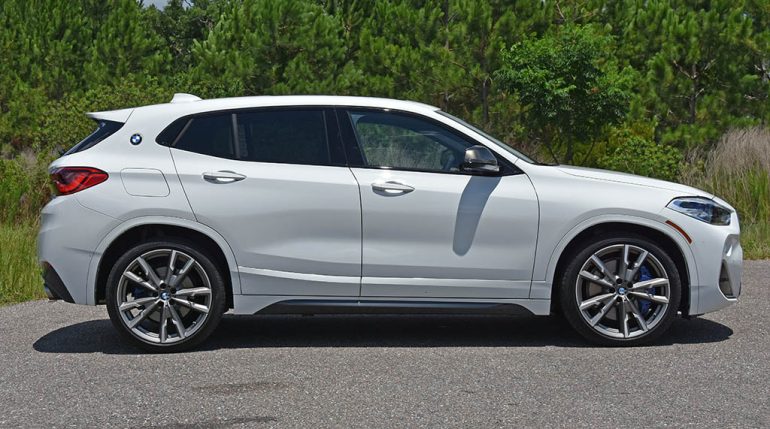 After spending some quality time with the BMW X2 in its top-level M35i trim I will not pay special attention to the X2 every time I see one on the road. 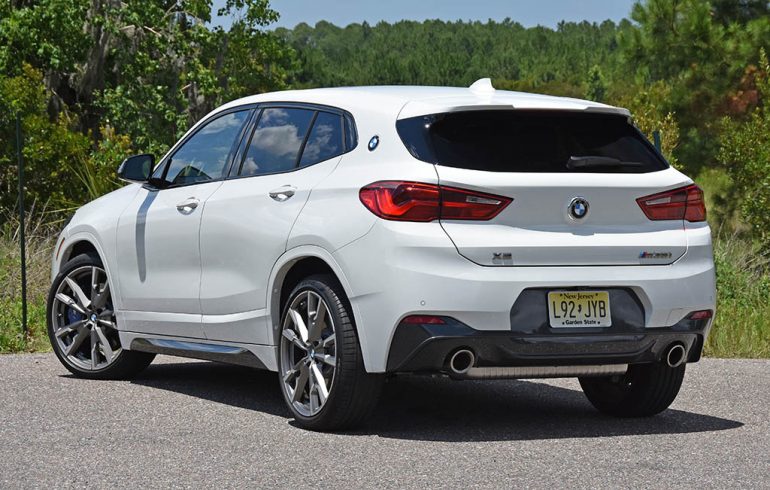 The BMW X2 is somewhat of a new entrant into the lineup filling a space where the BMW X3 may have resided when it was much smaller a couple of generations ago. Now, every vehicle has literally grown up making way for the X2 and even smaller X1 crossovers, vehicles that were birthed to fill the growing demand for crossover utility vehicles. 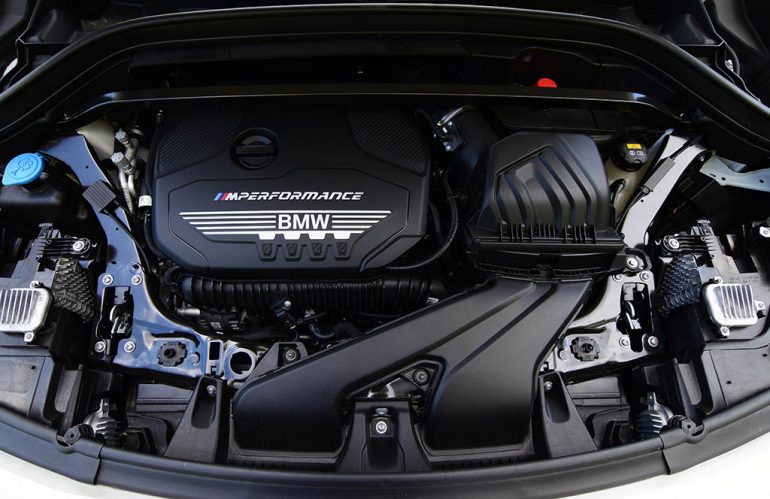 The new BMW X2 is normally powered by a turbocharged 2.0-liter 4-cylinder engine that produces 228 horsepower and 258 lb-ft of torque for the base front-wheel-drive X2 sDrive28i and all-wheel-drive xDrive28i variation. For my test vehicle, the X2 M35i, things get a bit spicier with the 2.0-liter turbocharged 4-cylinder engine being tuned to 302 horsepower and 322 lb-ft of torque sending power through an 8-speed automatic transmission to power all four wheels. The X2 M35i manages to do all this while getting just as good fuel consumption as the less-powerful engine in the all-wheel-drive X2 xDrive28i to get 23 mpg city, 29 mpg highway, and 25 mpg combined. 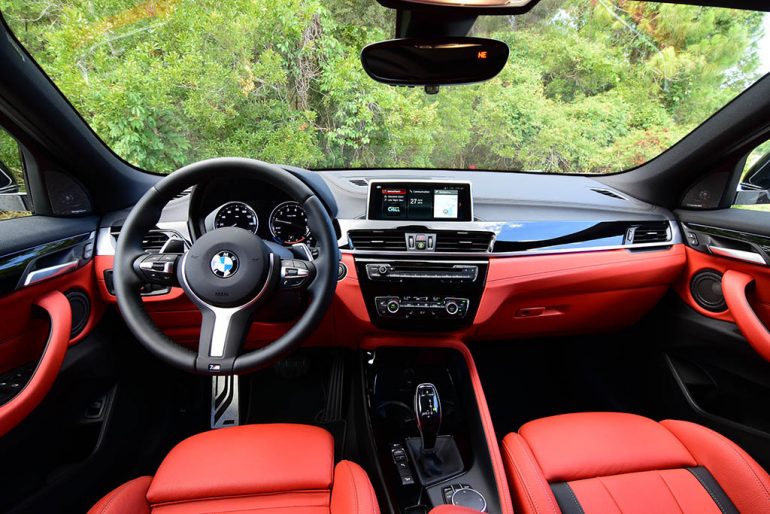 The little spicy Bavarian wagon, as I like to call it, is rather eager in its ability to dash to 60 mph in just 4.9 seconds and do it all in nearly the same fashion as something like a VW Golf R. Yes, the BMW X2 M35i is reminiscent of a hot hatchback even though it exhibits more of a crossover look. Having such a low roofline may do wonders for attracting those who may cross-shop something like the Golf R. However, the BMW X M35i remains to be more of a unique offering that BMW didn’t mind bringing to the table just because they have the chops to do it. It’s almost one of those cases of throwing something extra against the wall to see if it sticks – something it does well to the ground despite is surprising heft of just over 3,700 pounds. 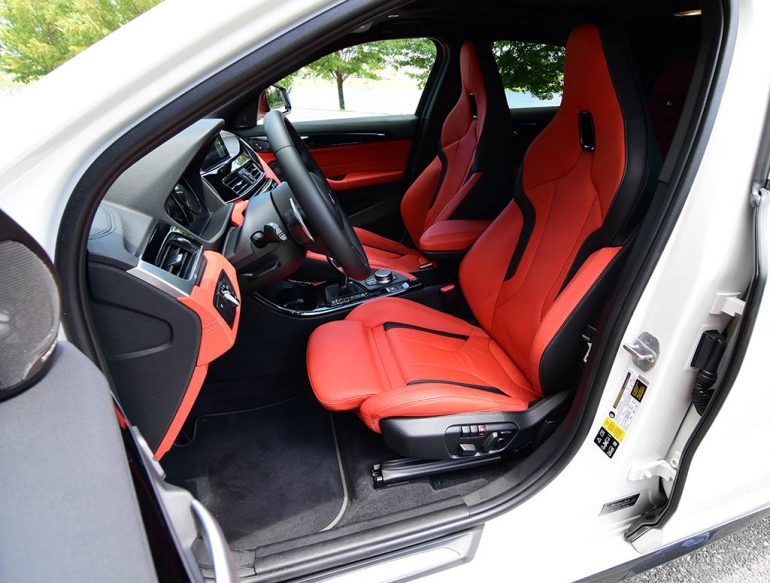 BMW’s characteristic thrill ride theme is well alive in the X2 M35i where the vehicle pops and burbles in its Sport mode and gives you a little kick in the back when you demand power. Apart from performance, the small stature and nimble feel of the X2 M35i put it almost in a category of its own when pitted against many other BMW vehicles considering how big some of them have become. Therefore, the BMW X2 M35i is a refreshing entity for the brand. 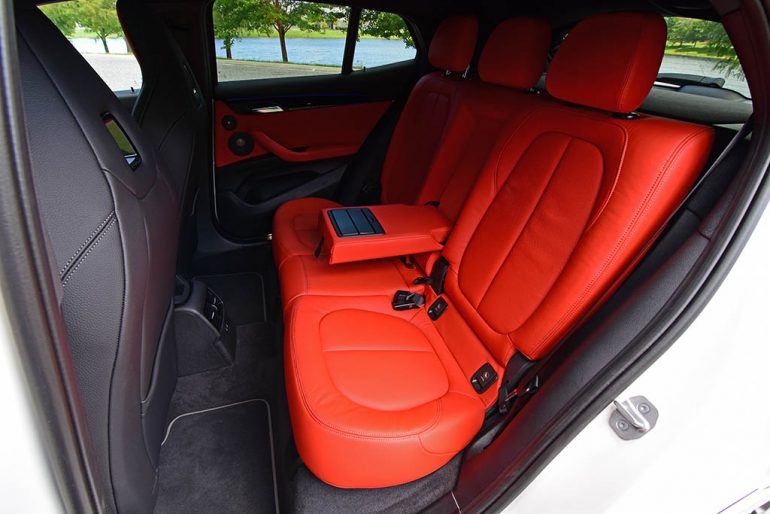 Inside the BMW X2 M35i is a cabin that’s almost comparable to some of the largest MINI vehicles you can find but with more true-to-BMW equipment that’s been somewhat shrunken to fit the smallish cabin. There are plenty of soft-touch surfaces and the proper instrumentation to stay true to the BMW theme and hardly ever diminish its value. The sporty red-accented leather seats add a nice sporty charm to the interior as the latest iteration of BMW’s iDrive infotainment unit with a touchscreen all come together to complete what you expect out of a vehicle that costs as much as the X2 M35i. Speaking of price, the X2 M35i isn’t cheap, and my nicely loaded-up test vehicle came to a surprising figure of $55,020, which puts it well ahead of something like Golf R – a vehicle that it delicately reminds me of when I put my right foot down. 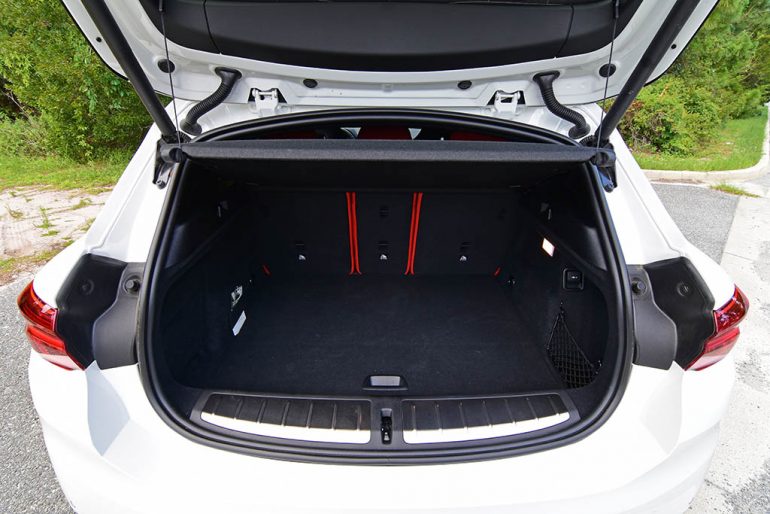 While there is no shortage of equipment on the new X2 M35i, there is a lack of cabin space and cargo volume, sometimes smaller than that of the X1 crossover. With such, the X2 M35i is sometimes disappointing but makes up for it with its surprising performance attributes, active safety features, remarkable build quality, unique style, and connectivity features like Apple CarPlay.

>> Get The Best Price On The BMW X2 from a network of local dealers now. <<