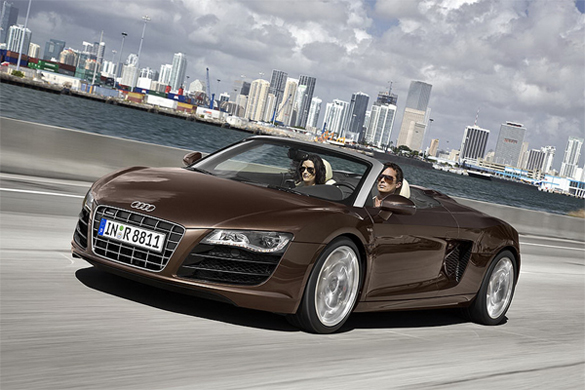 The hunt is obviously on just before next week’s Frankfurt Motor Show for official images of cars that will be making their debut at the show. Here is yet another one, the 2010 Audi R8 Spyder Convertible, which has been the topic of discussion for those who like to go topless.

For now the specs are still a slight mystery but be assured, after Audi notices that these photos are circulating, then we should get some press release information from the horses mouth. We could probably expect the new FSI V10 version of the Spyder to debut at the Frankfurt Motor Show as well as the original V8 version.

Enjoy the images below.