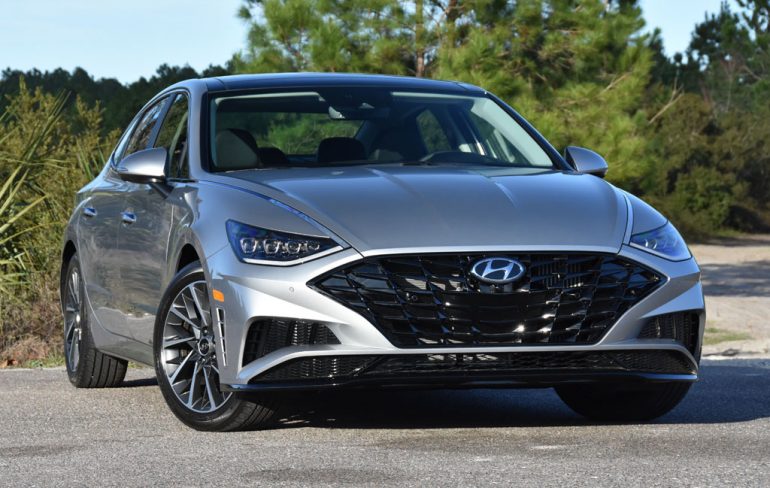 In America, the automotive industry is taking notes from the Korean brands of Hyundai and Kia. In the recent few years, the brands have received numerous accolades, and rightfully so because they have some really good products. One particular vehicle from Hyundai, the 2020 Sonata, is poised in a way to make a splash for the midsized sedan segment, an area that has been overshadowed by crossover utility vehicles (CUVs) as of late.

>> Get the best price on the Hyundai Sonata from a network of local dealers now. <<

Getting in the new 2020 Hyundai Sonata for review was an excellent experience to take a break from all of the CUVs I’ve reviewed. Moreover, the Hyundai Sonata was a nice reminder that sedans aren’t at all dead despite what sales figures say up against the CUV market. 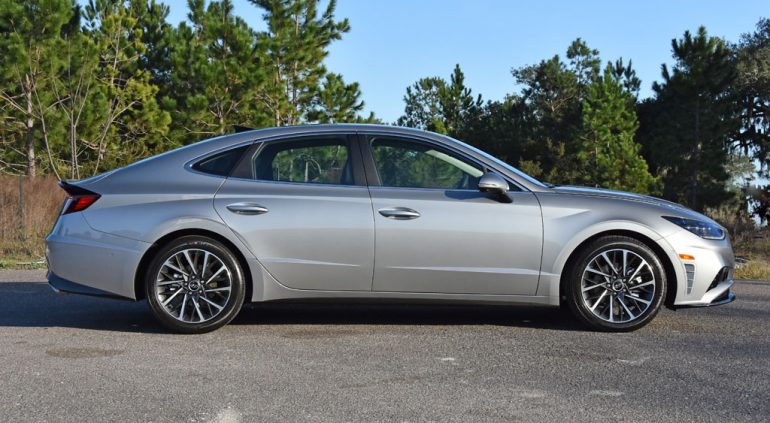 Making it as a finalist in the 2020 North American Car of the Year competition, the new 2020 Hyundai Sonata is truly a champ in my book for all that it offers in a package that nearly merges luxury with the mainstream. In that, the new Sonata in its top-level Limited trim is a premium offering that has not only naturally matured to new levels, but it has garnered some advanced studies to offer class leading features that were once known to only be found on luxury vehicles. For one, the new 2020 Sonata has a trick remote park-assist feature that essentially makes it easier to park in a tight space or garage. Such a feature was once something that I raised an eyebrow about when I saw it demonstrated on a new BMW 7 Series. Interestedly, we’re not talking about a 7 Series today, it’s a Hyundai Sonata that costs about a quarter of what you splurge on a 7 Series that now has the remote park-assist feature. Using the feature allows you to stand outside of your vehicle, remote start it, and then hold down a key fob button where the Sonata will cleverly move forward or backward to park in a spot. It will even gently steer itself into a space or garage if the markings are clear enough. 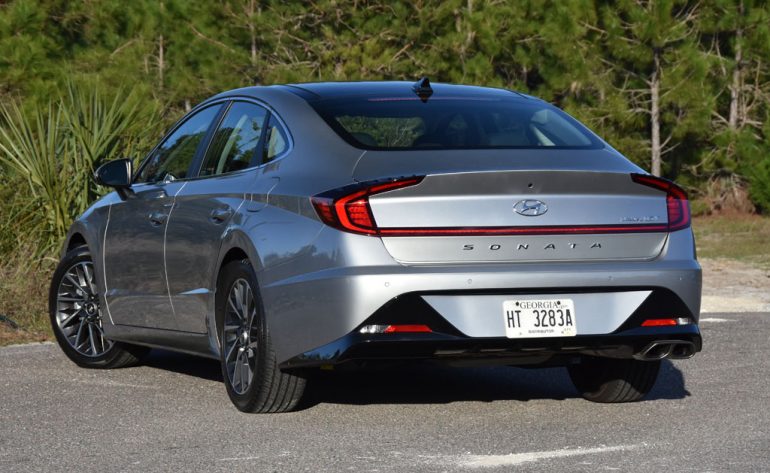 The forward-thinking of Hyundai, along with the progressive styling, will naturally attract onlookers as well as those who are envious of a new Sonata owner saving literally tens of thousands of dollars to get rare features that make their lives simpler – or better (depending on how you look at it). Other features to add and note to making life easier is the ability to set driver profiles and a range of preferred settings within each. The new 2020 Sonata Limited test vehicle that I have also has a 12.3-inch digital gauge cluster that displays a live color camera feed of your blindspot when you signal to either side. 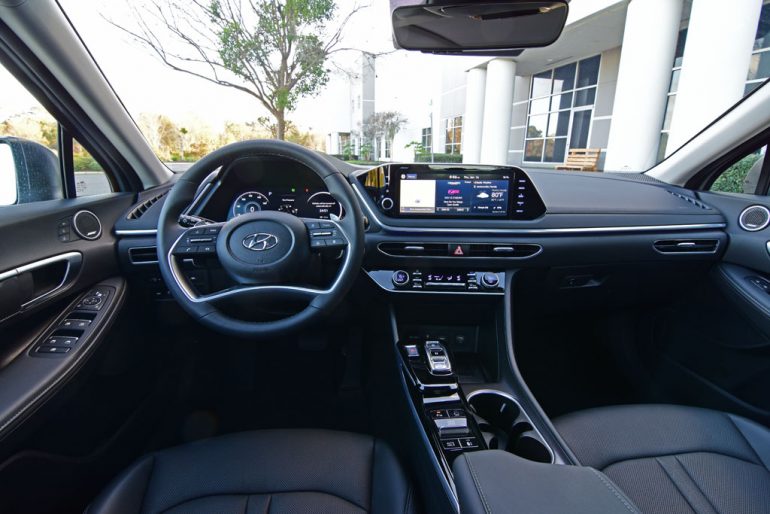 To top things off with the notable advanced tech found on the new 2020 Sonata, the infotainment system has been updated to include a wide 10.25-inch touchscreen in place of the standard 8-inch screen for lower-trim models. The new 10-inch screen may have somewhat of a far reach for some, but it is caulk full of easily-accessed features and a clever home screen that combines a mirid of information and entertainment options. While there is a slight learning curve to overcome with the use of the infotainment system, once you become accustomed to its operation, it flows well, and its high-mounted positioning is understood more to prevent taking your eyes complexly off of the road ahead. The only thing I would change would be the addition of a couple of physical buttons for toggling station and track changes up and down in place of the touch-buttons on the far-right side of the screen. Of course, if you do ever take your eyes off the road to adjust the radio station of the clear-sounding Bose audio system, there’s a bevy of active safety features to warn you both visually and audibly. Additionally, you can let the Sonata do some of the steering (driving) for you through its lane following assist, highway drive assist, and smart cruise control system. 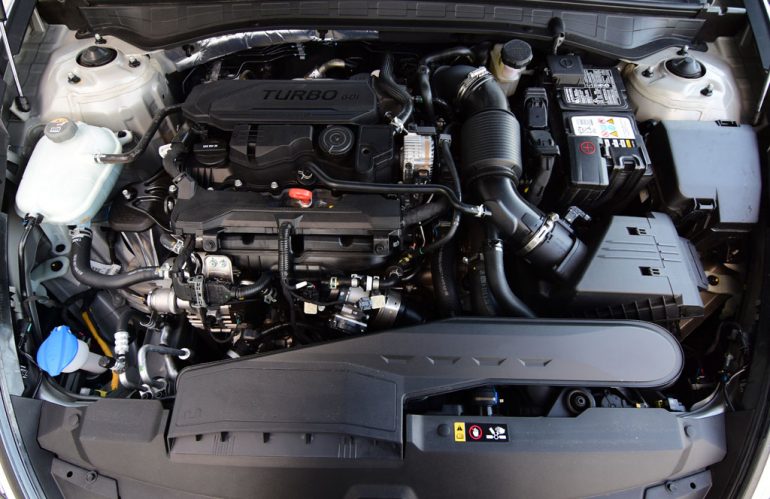 Powering the new 2020 Sonata are two engine choices, a 2.5-liter 4-cylinder engine that produces 191 horsepower and 181 lb-ft of torque found in the SE and SEL trims, and the 1.6-liter turbocharged 4-cylinder found in the SEL Plus and my Sonata Limited test vehicle. Where, one may be confused as to which engine choice to go with, considering their power output numbers aren’t very far apart. One should note, the turbocharged engine is the way to go where you get additional low-end power with the higher torque figure. The smooth delivery of power from the turbocharged engine is also a benefit, even though its EPA fuel economy figure is slightly down from the naturally aspirated 4-cylinder engine choice (28 mpg city, 38 mpg highway, and 32 mpg combined). I virtually matched the fuel economy figures for my Sonata Limited test vehicle to get its 27 mpg city, 36 mpg highway, and 31 mpg combined numbers. I saw an overall average of about 32.5 mpg with mixed highway and heavy-traffic city driving. 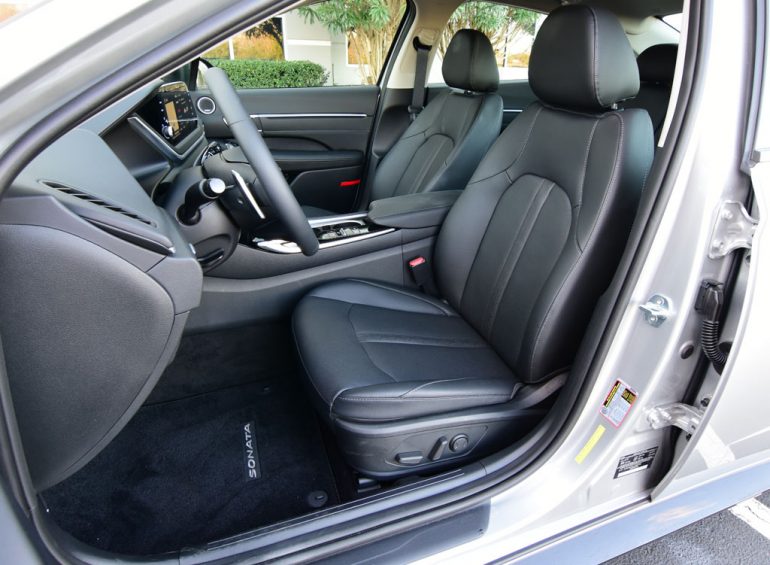 While the Sonata could use some extra power, it never felt inadequate within the legal limits of the road. The driving character of the new Sonata, Hyundai has finally done justice to its suspension tuning and chassis where it feels the best it has ever felt. The new 2020 Sonata Limited is firmly planted on the road, and even though it is front-wheel drive, there is plenty of traction and a nice balance the chassis that exudes a good balance of sport and luxury. In all, the new Sonata could probably easily handle another 150 horsepower without the worry of additional tuning to the chassis, which is probably what we will get in a new N-line ‘sport’ version of the new Sonata in the months to come. 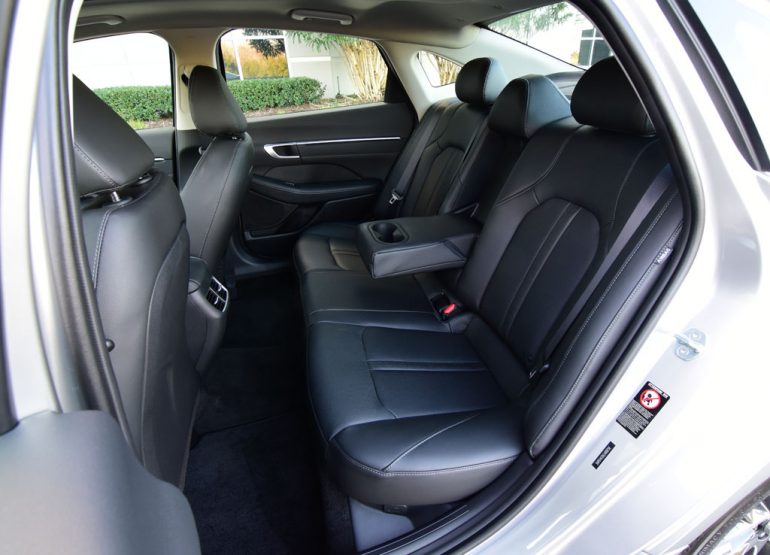 The interior of the new Sonata in the Limited trim is an inviting space with several soft-touch surfaces above your hip line throughout the cabin. Much of the switchgear, with the exception of the large infotainment screen, are within easy reach. The use of the push-button shifter for the 8-speed transmission is a nice touch to free up center floor console space – it’s easy to access the front wireless phone charger pocket. The roofline is a bit low where I found my head hitting the roof up front, requiring that I lower the seat into its lowest position. Mind you, I am six feet three inches tall. Anyone taller may have problems up front and out back. The legroom is plentiful up front in the heated and ventilated seats, as it is in the back seats with decent seating comfort. 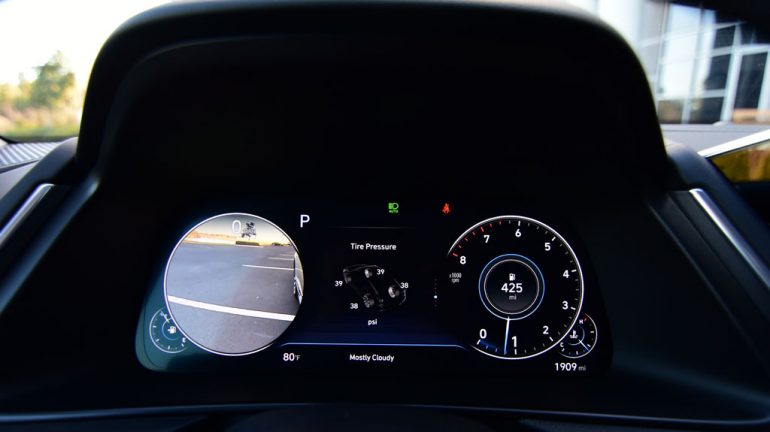 There’s much to be said about the takeover of American suburbs by crossover and sports utility vehicles. Though, with the Hyundai Sonata, there could be a strong effort by the folks at Hyundai to possibly reinvent the sedan segment, again, to win over the tough crowd. The winning starts with the price of the new 2020 Sonata starting at just $23,600 and moving up to its highest point for my loaded-up Sonata Limited test vehicle at $34,365, including a $930 freight and handling fee.

>> Get the best price on the Hyundai Sonata from a network of local dealers now. <<